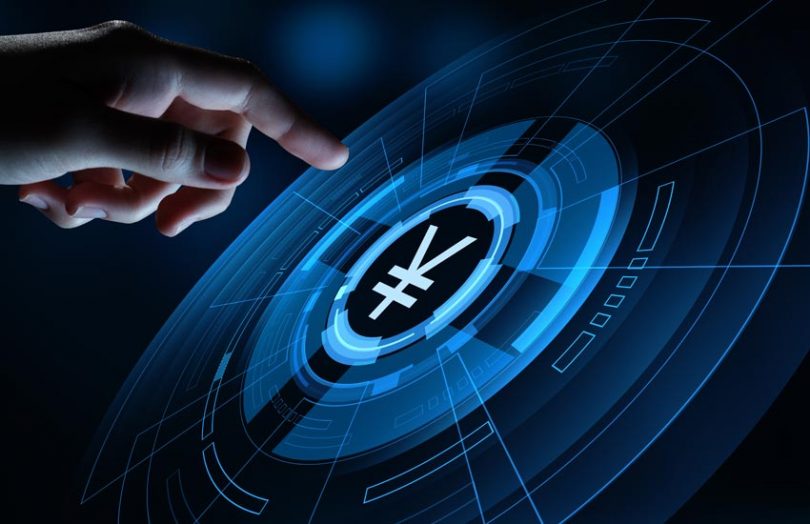 The endeavour is part of the Chinese government providing financial support to small and medium-sized enterprises following the economic contraction during the last 6 months. This is the first phase of the “Lianxin Lianjie Asset-backed Commercial Paper” underwritten by Zheshang Bank and amounts to 120 Million Yuan (ca. $17 Million).

The project is one of the first five pilot projects of the China Interbank Market Dealers Association to launch asset-backed commercial paper (ABCP) products. The total amount of this first financing round is expected to reach 3.324 billion Yuan ($470 million) and has four other pillars in its programme. If Zheshang Bank’s issuance is directed  towards SME financing, the other ABCP pilots include large institutions and state banks. For example, CITIC Construction Investment Securities and China CITIC Bank are underwriting a coal supply chain and Anji Leasing (car leasing) is issuing an ABCP underwritten by state banks Agricultural Bank and Bank of China.

Recently, under the guidance of the Chinese Central Bank, the Association of Dealers promoted the development of asset securitization products, and launched the asset-supported financing direct innovation product-ABCP, which is a short-term, rolling issuance version of traditional asset-backed notes (ABN), that provides enterprises with a tool that combines liquidity and asset-liability management.

The Lianxin Lianjie ABCP was issued with a maturity of six months with the op­tion of rollover is­suance. The money-market product is backed by as­sets of nine en­ter­prises in sec­tors in­clud­ing in­dus­trial chem­i­cals and smart city tech­nol­ogy.

Understanding ABCPs and Their Use Case

Generally, asset-backed commercial papers are short-term securitization products issued by single or multiple companies backed by a corporation’s assets – which can be accounts receivable, bills, providing a solution for financial liquidity for a company’s operations.

The maturity date of an ABCP is usually set at no more than 270 days and issued either on an interest-bearing or discount basis.

The security is backed by the corporation’s collateral, which might include future payments to be made on credit cards, auto loans, student loans, and collateralized debt obligations (CDOs). The proceeds of an ABCP issue is used primarily to obtain interests in various types of assets, either through asset purchase or secured lending transactions.

According to China Zheshang Bank, the launch of the Lianxin ABCP makes it easier for small and medium-sized enterprises to seek and get financial support directly, with blockchain technology enabling quicker settlement, better transparency and easier management.

The product opens the door to an innovative design of asset securitization building an open market financing channel for small and medium-sized enterprises, which greatly improves the direct financing of enterprises.

China has been vying for more traction of the blockchain technology in innovating payments and financial flows. In August 2019, President Xi Jinping had called for the acceleration of the country’s blockchain development and adoption in suitable application use cases.

The president pointed out that it is necessary to strengthen fundamental research of blockchain technology and enhance innovation, enabling China to take a leading position in the blockchain field.

Ever since, China and its institutions have been moving forward without hesitation in implementing programs that utilize the new technology and its product innovation capabilities.

Next to its efforts on building and implementing its Central Bank Digital Currency (CBDC), the country has also made strides in promoting blockchain technology with their Blockchain Service Network (BSN), that was unveiled and launched in April.

The BSN initiative is led by the State Information Center, a government agency under the National Development and Reform Commission, as well as state-owned telecommunication giants including China Telecom, China Unicom and payments firm China Union Pay.

If it works as envisioned, companies and software developers will be able to plug into the BSN and build blockchain-based applications. The goal is to reduce their operational costs, improve flexibility and provide better regulatory oversight.

Real-World Assets as Collateral for DeFi, Made Possible with MakerDAO