Calibra - A Product of Facebook, Built on Two Tokens - Securities.io 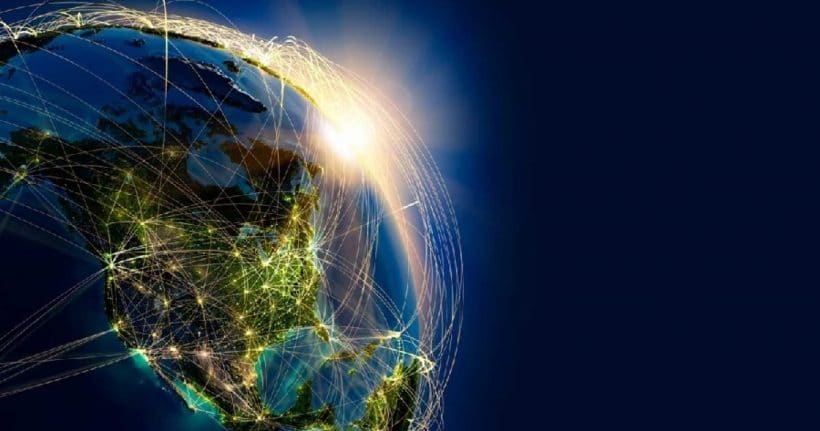 This week, after months of speculation and anticipation, the world of cryptocurrencies and blockchain were finally greeted with Facebook’s upcoming project.  This project is being overseen by a subsidiary of Facebook, known as Calibra.

While the official launch won’t occur for several more months, details of the project have been released, including a thorough whitepaper.

Calibra will provide its clients with a digital wallet. This wallet will allow for users of Calibra, Facebook Messenger, and WhatsApp, to easily send and receive tokens between one another. These tokens, known as Libra, are intended to function similarly to a stablecoin, and are ‘pegged’ to the various FIAT currencies, through use of currency pool known as the ‘Libra Asset Reserve’.

Among various factors, many believe the anticipation for this release has helped aid in the market recovery being experienced over the past months. While there has been a generally positive reaction to the project thus far, it time will tell if we see a major sell-off, post announcement.

Reactions to the whitepaper release have been positive for a variety of reasons, with one being noted above all – awareness.

While it may seem odd to those involved with crypto and blockchain, the majority of the population has minimal knowledge on the industry. Facebook has a massive, global reach, and with their entrance, an enormous amount of people will gain exposure to what crypto is, and what it can offer.

Beyond simply raising awareness, there are those that have viewed this news in a negative light. Facebook has already been guilty of poor security practices, along with gathering obscene amounts of data on the public. Do we really want a corporation with such a reputation now gaining intimate knowledge on our finances as well? While there are those that prioritize privacy, the simple convenience of the offering will trump privacy for many.

While much of the information divulged in their whitepaper release is unsurprising, many were not expecting the release of TWO tokens.

The tokens to be released include not only the aforementioned ‘Libra’, but a second which will act as a security token. This will be known as the Libra Investment Token. This token will be distributed to early investors, with the proceeds of its sale being used to generate the Libra Asset Reserve (the asset pool used to ‘back-up’ the frontline Libra tokens).

Investors in the Libra Investment Token will be part of the Libra Association Council. Each will receive equity share in the reserve, providing them with dividends garnered from the interest generated on the reserve, along with certain voting rights. For full details on the benefits and responsibilities of being a council member, check out the Libra Council Principles page, HERE.

While the backing of Facebook may be enough to make Calibra a success, they will not need to do it on their own. Based on the promise of the platform, Facebook has managed to get the backing of over 25 various companies. These companies include, but are not limited to, the following.

Each of these companies is a founding member of the Libra Association Council. With a minimum $10 million contribution each, this means that the reserve pool is well on its way towards generating a beginning target of $1 billion.

While the public may be willing to accept this new offering with open arms, governments are more hesitant to do so. Simply put, governing bodies needs assurances on how the data and assets in use will be used.

This has already been made evident as the Senate Banking Committee of the United States has scheduled a hearing for July 16th. The purpose of this hearing is to discuss the Calibra project, and the potential concerns which may arise through its use.

On an interesting note, Calibra has not filed with the Reserve Bank of India, for the usage and dispersion of Libra within the country. With India representing the most populous nation in the world, this is a large market set to be left untapped. While these are early days, previous stances taken by Indian authorities should prove difficult to surmount. Despite this, the global presence of Facebook should still prove enough to lift Libra to great heights.

While Facebook is a huge, global influencer, they are not the only company of this stature. Along with Facebook, there have been rumblings in recent months that competitors such as Amazon and Alibaba will be releasing their own offerings.

This, however, has recently been shut down, as these competitors have indicated that there are no immediate plans for diving in to the industry. The speculation has garnered a response from the Vice President of Amazon, Patrick Gaulthier. At a recent conference, he commented on Calibra, stating,

Overall, the Calibra project exudes more positive than negative. While Facebook stands to gain even more user data, they are providing the world with a means to efficiently transfer value. Beyond the convenience of use, this has the potential to positively impact millions of unbanked individuals around the world – giving access to a better way of life along the way. This has been a goal of Bitcoin since the beginning, and whether this is achieved through Libra, or through Bitcoin, it has come one step closer to being reality.

Word on the Streets

With the potential that this project holds, it shouldn’t come as a surprise that it has caught the attention of many. Here are a variety of quotes from noteworthy individuals, expressing their thoughts on Calibra.

“Facebook’s LIBRA coin will most probably reshape the payment industry and quite possibly the de-dollarization of the world economy.”

“Imagine a world where Facebook’s digital wallet, Calibra, didn’t just custody financial assets, but also allowed you to store and permission your data. One Wallet. Every asset you own. Low probability of happening, but high potential impact. Wilder things have happened.”

“While Facebook’s Libra doesn’t compete against any open, public, permissionless, borderless, neutral, censorship-resistant blockchains, it *will* compete against both retail banks and central banks. This is going to be fun to watch.”

DigiShares and AmaZix Clientele to Benefit from Alliance