As a crypto investor, it’s vital to understand the differences between Bitcoin vs Litecoin. As the world’s first cryptocurrency, Bitcoin set the pace for our current blockchain revolution, However, Litecoin showed the market that you can build on the strengths of Bitcoin and add a little more technical capabilities without reducing the coin’s effectiveness or overall purpose.

Bitcoin was designed and built in 2008 and entered the market in 2009. Bitcoin’s anonymous creator, who goes by the name Satoshi Nakamoto, describes in forum posts how he was able to solve the notorious double-spend issue that plagued all previous digital currencies. The double-spend issue was a technical limitation. It described the scenario that occurred when you sent a digital currency to someone and at nearly the exact time, you sent the same currency to another party. The resulting delay would make it impossible to stop. Satoshi figured out that he could add a timestamp to the Proof-of-Work algorithm. Imbedding this timestamp in each block makes it impossible to send two transactions at the same time without discrepancies arising.

It wasn’t long before other developers took notice of Satoshi’s unique approach. One such developer and Google employee, Charlie Lee. He was so inspired by the concept that he decided to join in on the revolution. Rather than compete with Bitcoin directly, Lee sought to become the Robin to Bitcoin’s Batman. In his own words, he explains that Litecoin is the silver to Bitcoin’s gold.

Litecoin entered the market as an open-source client on GitHub on October 7, 2011. Litecoin was one of the earliest hard forks of the Bitcoin Core client. In Lee’s version of cryptocurrency, technical aspects were beefed up. For example, Bitcoin confirms blocks of transactions every 10 minutes. These blocks are limited to 1MB in data. 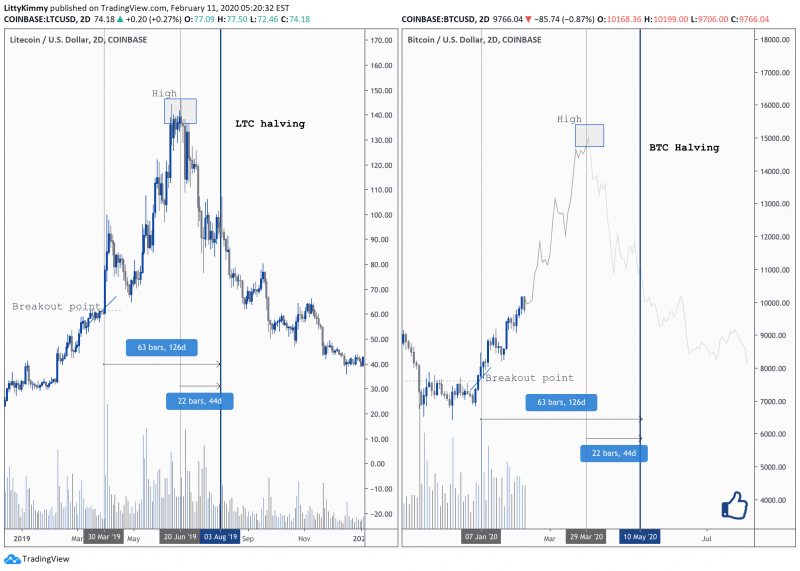 Litecoin confirms a block every 2.5 minutes. The network is much faster than Bitcoin with developers listing it at 28 transactions per second. Interestingly, this faster generation rate matches the increase in total supply versus Bitcoin. There are only 21,000,000 BTC to ever be available. There are 84,000,000 LTC slated for issuance in total.

Both Bitcoin and Litecoin rely on a Proof-of-Work consensus mechanism. Bitcoin utilizes the SHA-256 mechanism. SHA stands for Secure Hashing Algorithm. This is a mathematical equation that miners solve. The miner that successfully answers the equation is rewarded with the mining reward and gets to officially add the next block of transactions to the blockchain.

The current reward for miners on Bitcoin’s blockchain is 6.25 BTC. Notably, these mining rewards are the only time that new BTC enters the market. They are designed to occur every ten minutes. To ensure the predictive nature of Bitcoin’s monetary supply, the SHA-256 equation automatically adjusts difficulty. The more hashing power of the network, the more difficult the answer. To increase the difficulty, the equation simply requires more zeros in the answer.

Litecoin uses a PoW algorithm as well. Unlike Bitcoin, Litecoin’s consensus mechanism is a memory-hard, scrypt-based mining PoW protocol. Scrypt was built specifically to make it costly to perform large-scale custom hardware attacks. In addition, Litecoin incorporates a slightly modified GUI. These changes made it a bit more complicated to create and more expensive to produce Litecoin mining rigs in the early days of cryptocurrencies.

Bitcoin and Litecoin share many technical aspects. For this reason, it shouldn’t be a huge surprise to learn that they also share many of their core updates. For example, both coins utilize Segregated Witness (SegWit). SegWit allows the network to split transactions into two segments. The goal is to remove the unlocking signature, also known as “witness” data from the original portion. This information is then re-added as a separate structure at the end of the transaction. 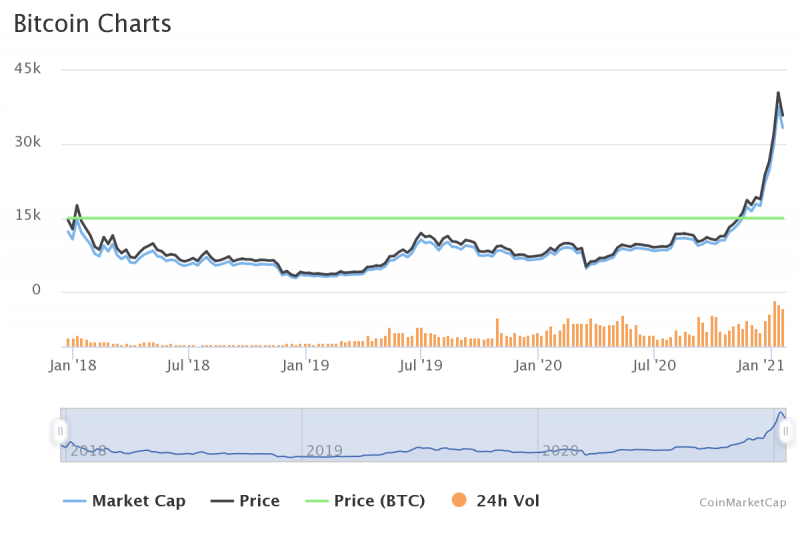 Litecoin beat BTC to the punch on this upgrade. Litecoin miners updated to SegWit capabilities in May 2017. This would not be the last time that Litecoin beat Bitcoin to the technical punch. Litecoin was also the first network to successfully integrate the Lightning Network. This second-layer protocol introduced the use of private payment channels to reduce blockchain congestion. Notably, the first Lightning Network transaction transferred 0.00000001 LTC from Zürich to San Francisco. The transfer took less than one second to complete.

Over the last decade, Litecoin and Bitcoin have seen a continued decoupling of value. Litecoin users have shown completely different trading and spending habits compared to Bitcoiners. Interestingly, one study found that Litecoin will often precede Bitcoin’s market movements. However, it must be noted that Bitcoin has proven to be a better, or at least more popular, store of value versus Litecoin.

Bitcoin and Litecoin have seen their markets expand considerably. Litecoin’s goal to be the BTC’s sidekick has paid off greatly. It’s common for platforms that offer Bitcoin support to also offer Litecoin support. This compatibility has helped Litecoin remain a popular coin in the market, despite the emergence of tons of competition.

Where to Buy Bitcoin (BTC) and Litecoin (LTC)?

There is no right or wrong answer to this question. Bitcoin serves a valuable role as the first cryptocurrency in the world. For that reason alone, it will always hold value among the community. Litecoin provides all the technical aspects of Bitcoin, and the longevity of being one of the oldest cryptocurrencies in the world. Much like silver, it’s more affordable than the premier option but still is a wise investment. For these reasons, savvy investors hold both of these coins.

Related Topics:bitcoin vsLitecoin
Up Next

Investing In Cloud Mining – Everything You Need to Know