There are endless reasons why a trader would want to invest time into learning the key differences between Algorand (ALGO) and Cosmos (ATOM). These networks have a strong following but target different aspects of the market via their respective features and services. Here is some valuable insight into Algorand (ALGO) vs. Cosmos (ATOM) that could help you decide what network is right for you.

Cosmos differentiates its network from the competition through the introduction of a variety of new technologies. Cosmos was among the first blockchains to introduce the Tendermint BFT consensus mechanism. This protocol was built to help connect and organize the growing number of independent networks in operation in the market. The developers have dubbed the network the “internet of blockchains“.

Cosmos was founded by Jae Kwon in 2017. He linked up with other well-known crypto developers, Zarko Milosevic and Ethan Buchman to bring the project to life. The platform secured $17 million during a crowdfunding campaign in April 2017 which, notably, the sold out in under a half hour. These funds were used to bring the main-net to market in 2019. 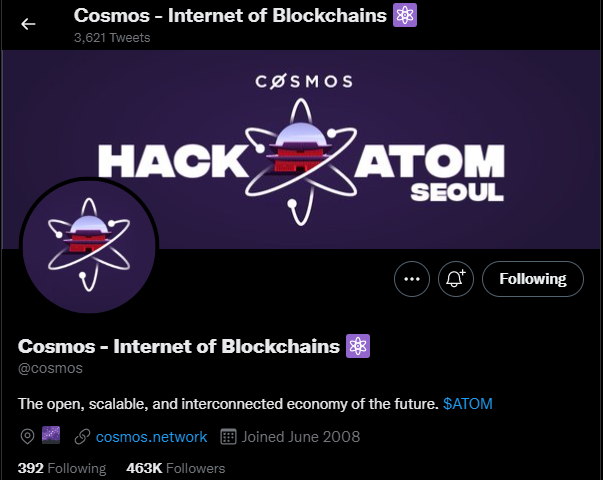 Algorand launched in 2017 to provide a more programmable and expandable decentralized network to the market. The 1st layer blockchain was created by the Turing award-winning computer scientist, Silvio Micali. In 2019, the Algorand main-net went live to a large public response.

Algorand was designed to provide users with the ability to create complex blockchain Dapps without the need to code. The protocol introduces a variety of interfaces and protocols that streamline the creation or conversion of assets to the blockchain. As such, the network remains a popular option for academics, businesses, and crypto traders.

Cosmos was designed to enable developers to create more immersive and helpful Dapps. The protocol accomplishes this task through the introduction of some unique features. The network provides developers with a full suite of products to leverage during the creative process.

Cosmos helps to tackle interoperability within the blockchain market. There are lots of blockchains available today, with many serving specific purposes. However, these networks are unable to communicate, and because of this compartmentalization the entire market suffers from liquidity and efficiency issues.

Cosmos enables Dapp developers to leverage the best networks for the tasks at hand. The protocol allows developers to integrate special-use case networks alongside other platforms securely. This strategy brings a lot of benefits to the market. For one, it means that developers can focus on improvements and not on recreating protocols that already exist in the market.

Algorand was designed to tackle a couple of vital issues holding back blockchain adoption, such as eliminating new user confusion. The developers went to great lengths to ensure that Algorand users could create and tokenize assets without any previous blockchain experience.

Algorand was designed to reduce centralization and congestion issues as well. The protocol leverages a Proof-of-Stake (PoS) consensus mechanism that can scale to meet the needs of the market. This system is energy efficient and often provides a more democratic option versus the Proof-of-Work (PoW) system which requires users to purchase mining equipment to participate.

Cosmos operates as a multi-layered decentralized blockchain. The network introduced a new utility token called ATOM into the equation. ATOM serves multiple roles as a utility, rewards, and staking token. The token can be used as a cryptocurrency to send value, and is required to interact with the network smart contracts.

Cosmos operates as an open-source blockchain. The network is set up to monitor the state of the networks connected to the hub, while also allowing for developers to create new networks called zones. This fully functional ecosystem can include proprietary tokens and more. There are zones in operation today that leverage separate consensus and governance protocols.

The Cosmos Hub is the system that connects the various blockchains. All zones connect to the hub directly which enables them to communicate securely and in a permission-less way. The hub works with the other layers of the network including the applications and network layers. Cosmos uses a specially built consensus protocol called the Tendermint BFT engine. This PoS system was designed to work with the Inter-Blockchain Communication Protocol to ensure that the networks remain connected and information flowing securely.

The Algorand blockchain is a layer one decentralized network that was built to help speed up the integration of blockchain networks into traditional systems. Algorand leverages blockchain efficiency to improve the traditional financial systems in use today. The network is also a PoS system that enables users to stake their tokens to secure returns. 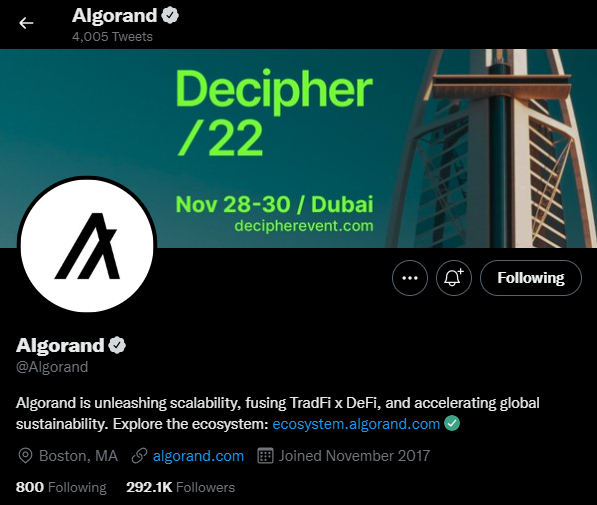 The main utility token used by the network is ‘ALGO’. There is a maximum supply of 10,000,000,000 ALGO slated for issuance over the life of the project. ALGO is also used to stabilize Algofi, the network’s algorithmic stablecoin. This stablecoin uses adjustable reserves to avoid volatility.

Algofi serves a crucial role in the network’s lending systems. Users can lend out their unused crypto in a p2p manner to secure returns using Algorand. P2P lending is a popular option in the DeFi sector. These protocols leverage interest-bearing pools to provide more flexibility and openness to the market. They continue to gain users because they offer faster payouts versus centralized options.

How to Buy Algorand (ALGO) and Cosmos (ATOM)

Currently, Algorand (ALGO) and Cosmos (ATOM) are each available for purchase on the following exchanges.

Algorand Vs. Cosmos – Blockchain Expansion at its Finest

When you review the differences between Cosmos and Algorand, it is easy to see that these networks can coexist without competing directly. They both target different users and offer slightly different approaches to scalability and congestion concerns. For these reasons, either of these networks are worth monitoring moving forward.

Algorand Vs. Ethereum – What’s the Difference?