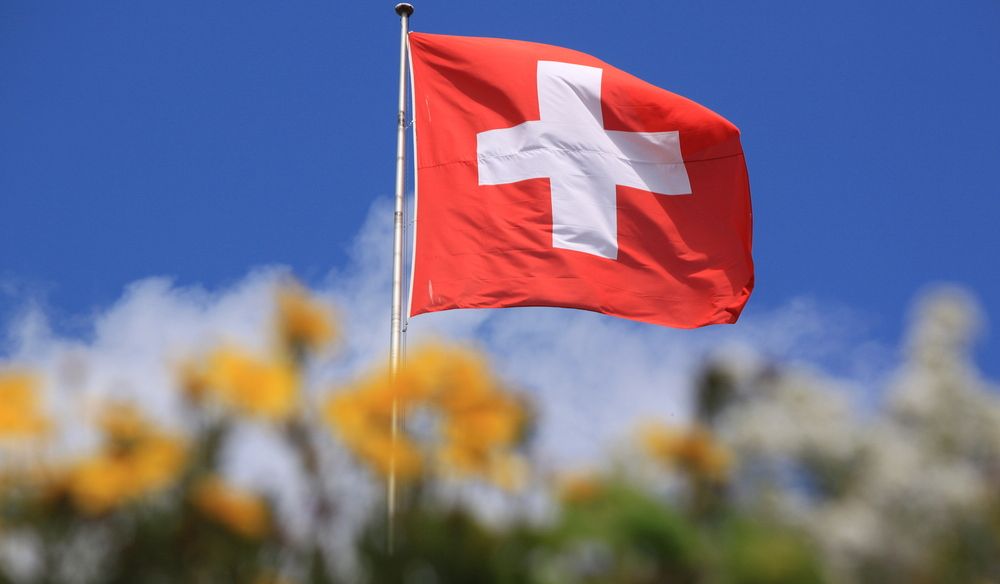 This week marks another important first for the EU security token sector after the Swiss IT solutions and industrial systems provider, Overfuture received final approval from regulators to list its articles of incorporation on a public blockchain. The news marks the first time a company received approval to carry out such a task in Switzerland. As such, the approval marks an important milestone for the entire Swiss blockchain community.

News first broke of the approval via a press release from the STO advisory firm Andriotto Financial Services. In the release, the firm explained in detail some of the attributes of the plan. The report stated that Overfuture will tokenize their Initial Public Offering (IPO) in order to offer investors access to tokenized class A shares.

In the report, Andriotto Financial Services called the accomplishment a “huge revolution for the financial industry.” Importantly, the report explains why allowing firms to launch an IPO and coordinate secondary market transactions without the use of banks is a game-changer. For example, a traditional IPO requires the use of multiple financial intermediaries. These firms can include broker-dealers, central depositary systems, notaries, and investment managers, just to name a few.

Removing these third-parties from the equation brings about some serious benefits. For one, it lowers the overall cost of conducting business. Additionally, it reduces the friction encountered by both firms and investors looking to participate in public crowdfunding strategies.

In order to make the Overfuture IPO a reality, the firm made a number of strategic partnerships. For its part, the Swiss-based European Digital Assets Exchange, EURO DAXX programmed the smart contracts that ensure each share remains compliant throughout its lifecycle. Smart contracts remove the need for multiple third-parties because the regulatory compliance mechanisms become part of the token’s core protocol. 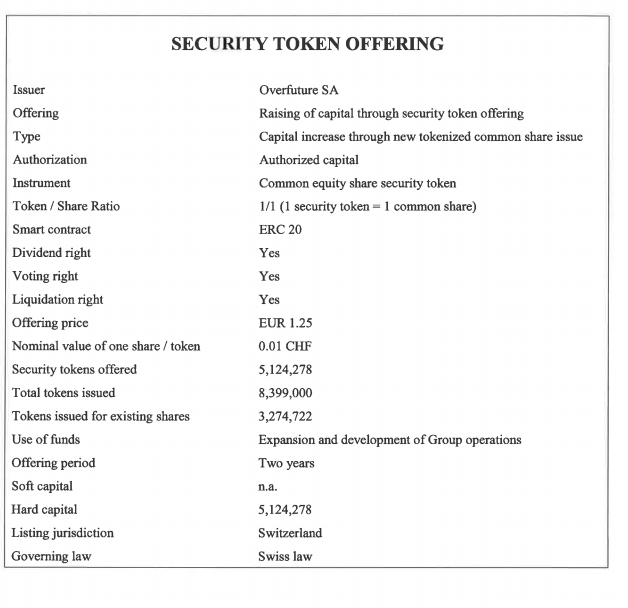 As a regulatory compliant tokenized IPO, Overfuture decided on the use of dual auditing firms. The firm hired Swiss-based auditors, PKF Certifica SA, as well as, Studio Mariotti & Capelleti. The latter is an Italian auditing firm that has been in operation since 2011.

According to Overfuture’s investor prospectus, the firm intends to offer a total of 8,399,000 common equity shares. Importantly, these tokenized shares will live on the Ethereum blockchain. Ethereum-based tokenization protocols are by far the most popular standards in use today in the sector. Notably, each share will cost €1.25 ($1.38). Notably, the IPO is only available to Non-US residents.

Overfuture is an IT solutions and industrial systems provider. The firm provides advanced systems to large enterprises globally. As such, the company remains on the cutting edge of information tech and innovative technologies. Given the company’s network, timing, and technical know-how, you can expect to see the Overfuture IPO go off without a hitch.

The Nu+ Company – Sustainability with Chocolate and Trees