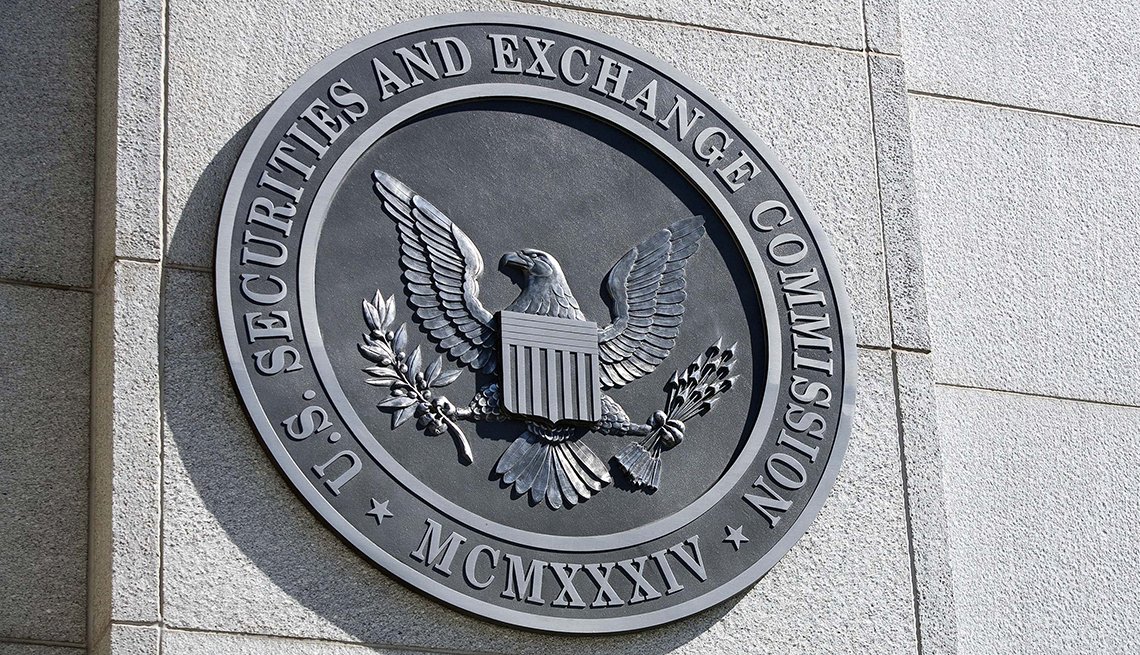 This week, SEC Commissioner Hester Peirce put forth a new proposition dubbed the Token Safe Harbor Proposal, also known as Proposed Securities Act Rule 195 – Time-limited Exemption for tokens (“Safe Harbor Proposal”). The proposed regulation would set forth new rules regarding digital assets and their classifications. As such, the proposal could represent a dramatic shift in the US’s policy on crypto currencies.

Commissioner Peirce released her new Safe Harbor Proposal at a speech held in Chicago on Feb. 6. In her discussion, she explained the nuances of the Safe Harbor Proposal. Peirce laid out various examples as to why the US needs to focus more on the regulation of digital assets that may not be deemed as securities.

During the speech, the Commissioner set out her vision for a new course for compliant blockchain projects operating within the US’s borders. During the discussion, Peirce pointed to the lack of transparency surrounding the token taxonomy currently in place. She explained that this opaqueness has hurt the US blockchain sector in many ways.

For one, the SEC’s approach has undermined innovation within the space. Many firms are unsure of the SEC’s next maneuvers in terms of classifications and enforcement. This opaqueness has caused startups to seek out friendlier shores to base their operations.

On top of the classification woes, the SEC has been involved in a number of high-profile ICO cases which has further exasperated the situation. Many of these companies that the SEC pursued are now forced to return all investor funds, and pay hefty fines for their crowdfunding events. In some instances, these fines are almost equivalent to the total amount raised during the company’s funding round.

Commissioner Peirce believes that the securities laws are not a good fit for this fast-paced digital revolution. Furthermore, she expressed concerns that applying these laws to new technologies such as blockchain tech results in a detrimental mismatch. Consequently, this heavy-handed and stiff approach to the market only hurts the US economic interests in the long run.

Commissioner Peirce proposes a new legal standard to apply towards blockchain-based projects. The Safe Harbor Proposal would create a safety window in which all tokens are able to operate and crowdfund without the looming threat of SEC retribution for the sale of unauthorized securities. During this “Safety Zone” period, tokens would function as SAFTs. 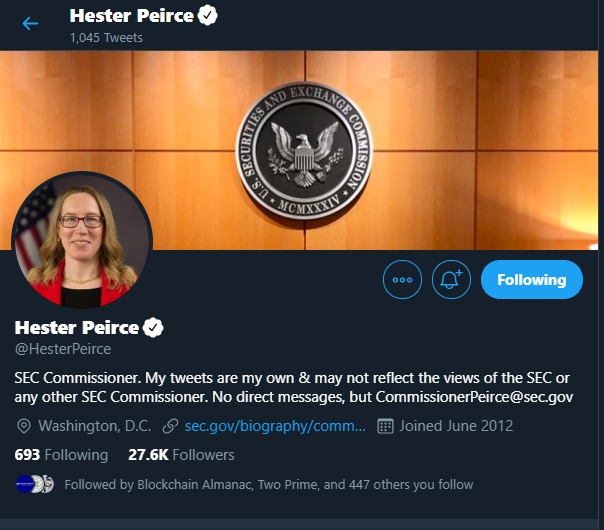 Once a token passes the safety zone time period, the project will then be put to the infamous Howey Test to see if the project qualifies as a security. At this point in the project’s lifecycle, the SEC would then make a determination on the classification of the token moving forward. In this way, the SEC can get a firm grasp on the level of decentralization the project possesses and other important aspects used in the determination of a token’s classification.

In order for a company to qualify for Safe Harbor status, it would need to adhere to a number of stringent guidelines. For one, the company must prove that it put forth good faith in terms of creating a functioning platform. Additionally, the firm will need to show that the network created operates in a truly decentralized manner.

All companies seeking Safe Harbor status will also need to provide disclosures on a publicly available website. Here, firms will need to accurately describe their identities and experience in the space. Also, in-depth details regarding the project must be shown. These details include details about the platform’s functionality, specifics about the tokens capabilities and technical stats, the intended use of the proceeds, and the source code for the project, if available.

All Safe Harbor-qualified projects must create liquidity in the market. This liquidity needs to come in a couple of different forms. Specifically, developers must allow purchasers the opportunity to sell their tokens to a third party.  As such, the Safe Harbor Proposal envisions a number of compliant exchanges specifically set up for this task. Companies will need to provide their investors with a way to offer and sell their tokens via these compliant exchanges.

Importantly, any firms looking to take advantage of the ruling will need to submit a Notice of reliance with the SEC within 15 days of the first sale of their token. Also, the firms will need to provide proof that the funds raised did indeed go towards the development of the network in question.

As previously reported, the SEC continues to seek out and prosecute ICOs hosted over the last two years. In most instances, these firms violated the current securities laws. In these scenarios, the firms face charges of illegally selling unregistered securities. Additionally, the SEC started to crack down on firms for falsifying or deliberately manipulating their investor data.

Recently, the SEC alleged that the founders of the Opporty platform violated securities laws. In response, the firm’s founder Sergii “Sergey” Grybniak released an open letter to the crypto community in which he details why he feels his firm is being unfairly chosen as an example to the market. In the letter, Grybniak claims that the SEC statements against his firm exclude important facts and overstates other instances.

All About the Benjamins

Grybniak also believes his firm was targeted because of its medium size. In the letter, he states that his firm was chosen because it had a “relatively small ICO with fewer funds available for legal fees for an extended court case.”  Now Grybniak seeks to present his evidence and set a precedent in the sector via his trial.

Comprehensive Approach to the Market

Commissioner Peirce has put forth a very comprehensive and well-thought-out approach to the blockchain sector. The utilization of an SEC safe harbor grace period is exactly what the market needs to continue on its path of large scale adoption. The Safe Harbor Proposal could help to spur a new blockchain revolution on US soil. In turn, the US could regain its lost positioning as the world’s blockchain epicenter.

For now, the entire US blockchain market continues to grapple with outdated regulations and confused lawmakers. Hopefully, Commissioner Price’s new approach will re-light the fires of innovation on US soil.

Horizon Globex Shakes Up the Team, While Hosting a Successful Series A