Nearly 40% of Banks Will Offer Crypto Services to Customers in Future - Securities.io 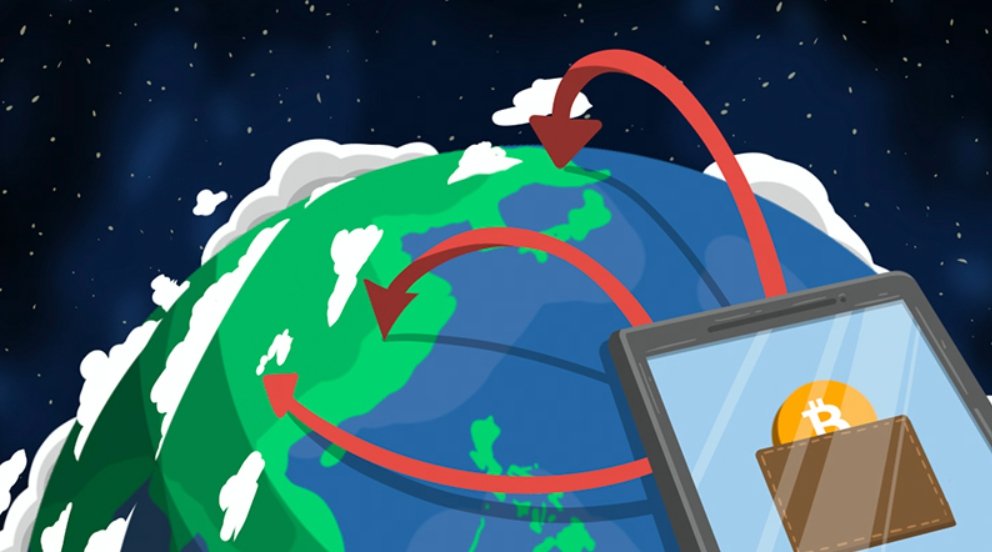 The report ‘Flexibility, fear and fortitude: Finance faces the future’ by Lynnley Browning, finds only about 20% of banks in the world currently offer crypto asset consulting to their clients. However, beginning in 2022, it’s forecast that cryptocurrencies will play a larger role in traditional banking. In this 22-page survey report, nearly 40% of banking industry respondents from around the world stated that they may begin providing crypto-asset services to their retail customers in 2022. Approximately 10% of customers in the global banking industry currently manage their Bitcoin or other digital currencies in their bank accounts.

According to respondents, approximately 4% of all customers currently own some type of cryptocurrency. Sixty percent of respondents expect customer ownership of cryptocurrency to increase beginning in 2022, implying that cryptocurrency is gradually entering the mainstream, which is exciting news for the entire cryptocurrency market. Even though only 2% of banking executives polled said their institutions already accept cryptocurrency transactions, more people are preparing to make the historic leap in the banking industry.

Currently the report found that only two out of ten financial advisors, which the report concludes are “overwhelmingly older white men” currently provide support to their clients regarding crypto investing. “Just over one in ten manages Bitcoin or other digital currencies within client accounts. Still, while only 4% of clients of advisors surveyed are invested in crypto, six in ten advisors expect that to increase in 2022,” the report confirmed. Part of the change to providing a more crypto savvy service involves hiring a “more inclusive and representative workforce if they want to tap into their future customers. Waiting a decade to make those changes will impact the bottom line.”

The survey report also discovered that with the support of US legislators and regulators for cryptocurrency, approximately 66% of banking executives said that more policy work may stimulate competition in products such as stablecoins. BigONE believes that if these banks and financial institutions can further clarify the rules governing the management of digital assets in 2022, the existing regulatory landscape will be significantly altered. 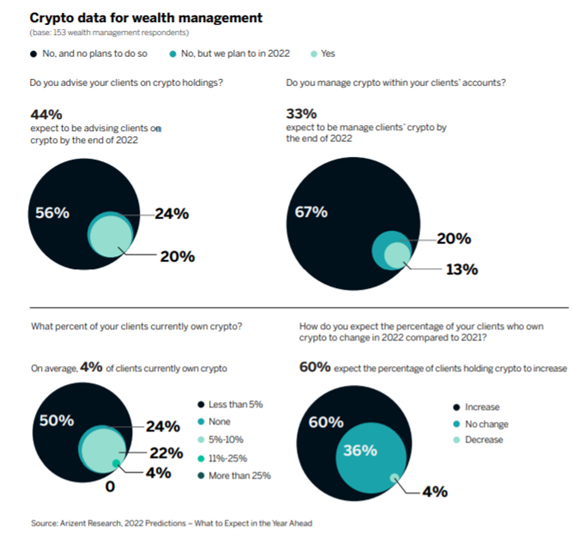 A connected issue is the impact on the crypto market as a result of the number of central banks researching or launching new central bank digital currencies (CBDCs) this year. “Some countries have embarked on digital currency projects as a bulwark against the proliferation of private cryptocurrencies such as Bitcoin. Others have set out to use CBDCs as a means of incentivizing blockchain-savvy investors and businesses to set up shop on their soil. This year will be a litmus test of which approach to CBDCs will prevail: force the use of a state digital currency at the expense of all others, or allow CBDCs to coexist among an ecosystem of other coins as a bridge between the monetary matters of state and those of the private sector,” observed a report in Forkast.

The crypto assets industry is thriving

Soon after the American Banker’s report was published, some banking institutions confirmed the good news and their involvement in the field of crypto assets. On December 30, 2021, the Swedish crypto-friendly bank Mecro Bank announced that a pilot project to launch digital asset custody services in the future is currently underway. According to the report, Mecro Bank intends to launch its own NFT collection as well as a virtual banking service experience in a metaverse-based virtual world. Mecro Bank believes that the metaverse is obviously a home for banking and financial transactions, as well as personal and business interaction. Effective financial and transaction management will be critical to make the metaverse environment as immersive and realistic as possible.

Many changes have occurred in the field of cryptocurrency regulation over the last year. As the pace of traditional financial institutions entering the field of crypto assets accelerates in 2022, it is certain that crypto regulatory policies will continue to improve. Crypto assets are unstoppable, and many countries and regions around the world are passing crypto regulatory legislation. Certain actions have been taken by the United States at the state and local levels. The mayor of Miami, for example, accepts Bitcoin wages, and miners use less expensive and cleaner energy. Will they, however, follow the lead of their South American ally, El Salvador, and treat Bitcoin and other tokens as legal tender? It will be interesting to see what happens.

The EU will continue to debate its proposed legislation, and if Switzerland’s cryptocurrency continues to heat up, the pace of legislation may pick up. As more institutions become interested in cryptocurrency, the European Union must implement crypto asset regulatory policies as soon as possible to avoid losing a significant share of the modern digital economy. Simultaneously, as the lines between financial and technology companies become increasingly blurred, reducing potential risks in the financial system will become increasingly important.

Also in Europe, the UK may see Brexit as a key opportunity to lead many EU countries, but based on previous evidence, regulators’ interest does not appear to have met expectations. The UK Treasury recently discussed the regulation of certain stablecoins, particularly those linked to the base currency or assets. As these talks progress, the UK may shift away from volatile cryptocurrencies and toward state-backed CBDCs, forever altering the UK-cryptocurrency relationship. Indeed, the UK is leading the way across Europe in preparing for the adoption of an interbank digital currency and is currently fifth in the world. However, a consumer offer remains some way off, according to a recent analysis by PwC from December 2020.

In short, the future development of the cryptocurrency market is still fraught with uncertainty, but there will be a more orderly market environment governed by regulations. This is an unquestionable industry consensus, and regulation will be more supportive of the cryptocurrency sector’s growth. “It’s right that mainstream banks take the needs of their customers crypto investing seriously, otherwise they’ll out to startups who are crypto-first. The interesting question is whether they’ll fight for greater choice for their customers in the face of CBDCs or fall in line with central bank policy and reduce consumer choice,” suggested BigONE Chairman Anndy Lian.

Related Topics:banksthought leaders
Up Next