Investing In Zilliqa (ZIL) - Everything You Need to Know - Securities.io

Connect with us
Zilliqa 101:

Zilliqa (ZIL) is a high-performance permissionless blockchain that enables developers to program powerful smart contracts for enterprises and applications in a secure manner. Notably, it was the first public blockchain to implement sharding on its mainnet. This integration has given Zilliqa (ZIL) the ability to scale in a near-linear fashion to meet the needs of its growing user base.

What Problems Does Zilliqa (ZIL) Solve?

The developers behind Zilliqa (ZIQ) seek to empower innovators by eliminating some of their biggest issues facing blockchain users and developers simultaneously. Primarily, Zilliqa was built to eliminate scalability concerns. The network integrates advanced sharding protocols in combination with a unique consensus mechanism to enable it to process thousands of transactions per second. 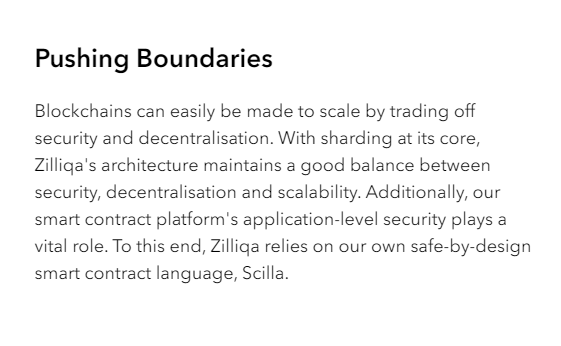 To accomplish this task, Zilliqa is designed to divide the network into smaller groups also known as sharding. These groups are then able to process transactions in parallel. The network is able to operate thousands of these smaller groups to achieve faster transaction approval. In this way, the platform is capable of scaling to match its network’s size.

Another critical issue facing many blockchains is energy consumption. PoW blockchains require intensive computational power. Blockchains like Bitcoin, already consume more power than entire countries. Zilliqa was built to avoid these concerns via the integration of the PBFT consensus mechanism.

There are multiple benefits obtained by Zilliqa users. The network’s decentralized nature provides users with a censorship-resistant platform to conduct transactions. The platform’s design enables it to handle both large, international value transfers, as well as micro-transactions. Micro-transactions allow developers to create more in-depth applications and users to conduct daily transactions without paying high fees.

There is no central coordinator in Zilliqa. The network operates as code and a cryptocurrency. Users never have to worry about their transactions being revoked, blocked, or their funds confiscated because there is no authoritative group to carry these actions out. In this way, Zilliqa provides regular users with a decentralized alternative in the market.

Zilliqa’s structure also helps it to remain secure. The network has never been successfully hacked since its entrance into the market. The sharded structure of the blockchain, coupled with its enterprise-grade security features, enables developers to create exciting Dapps with confidence. Sharded blockchains aren’t new to the sector. However, Zilliqa is among the first public blockchains to implement such a measure.

In terms of transaction fees, Zilliqa is well below the average rate of PoW networks like Bitcoin. The reason Zilliqa transactions only cost a fraction of the competition is because the network avoids all the congestion that normally drives gas prices and miner fees up on other blockchains. It’s also these low fees that make micro-payment a reality on the platform.

How Does Zilliqa (ZIL) Work?

Zilliqa is unique in that it was built entirely on a sharded architecture. Sharding is a term that refers to the act of dividing the mining network into smaller groups each referred to as a shard. The concept isn’t new but it was furthered and adapted to Zilliqa thanks to research conducted by the project’s co-founders at the National University of Singapore (NUS). Notably, Zilliqa requires shards to hold approximately 600+ nodes to function correctly.

ZIL is the native cryptocurrency of the Zilliqa blockchain. It serves multiple roles within the network. Its primary use is as a currency. Aside from processing transactions, it’s also used to execute smart contracts and reward miners for securing the network.

Part of Zilliqa’s flexibility is the result of the introduction of a new scripting language. This smart contract language was purpose-built to be more secure than other languages. Notably, the protocol has been peer-reviewed to ensure its security. Scilla offers developers a more responsive and robust programming environment.

Zilliqa already has a number of Dapps under development and live on the network. These Dapps run the gambit from exchange protocols to games, and more. In the future, the Zilliqa Dapp ecosystem is set to see rapid expansion as more developers seek out cost-efficient alternatives to Ethereum’s gas prices. These new Dapps will play a vital role in getting Zilliqa into the hands of new users. 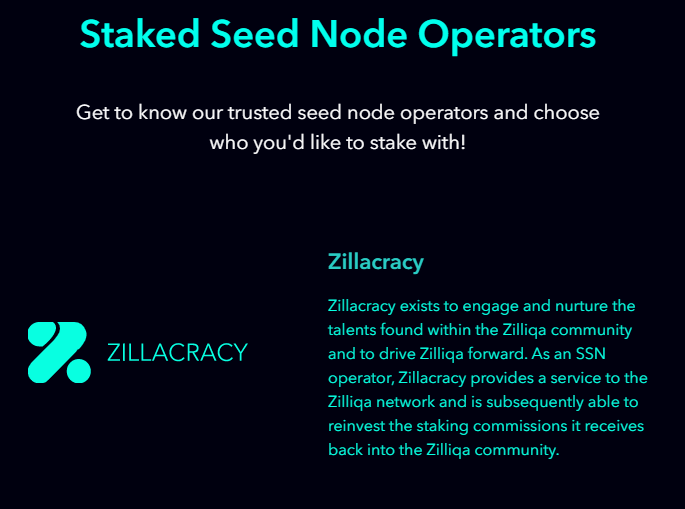 Interestingly, Zilliqa only requires PoW consensus every 100 blocks. This strategy uses PoW only to prevent Sybil attacks and generate node identities and not to reach consensus like Bitcoin. Additionally, the network utilizes an Elliptic Curve Based Schnorr Signature Algorithm (EC-Schnorr)SHA3 hash function to improve the performance of these actions. Notably, SHA3 is originally based on Keccak which is widely used in many top blockchains, such as Ethereum.

Zilliqa relies on a practical byzantine fault tolerance protocol (PBFT) for consensus within each shard. This strategy brings some major advantages. For one, once a transaction gets processed by the network, it becomes final. This approach removes the need to wait for multiple confirmations. The concept for PBFT first came to light back in 1999 when it was proposed by two developers named Castro and Liskov.

How to Buy Zilliqa (ZIL)

Zilliqa (ZIL) is currently available for purchase on the following exchanges.

Binance – Best for Australia, Canada, Singapore, UK and most of the world. USA residents are prohibited from buying Zilliqa (ZIL). Use Discount Code: EE59L0QP for 10% cashback off all trading fees.

How to Store Zilliqa (ZIL)

If you seek to make a major investment in Zilliqa (ZIL) or if you are planning on HODLing this crypto for long periods of time, a hardware wallet is the best option. Hardware wallets keep your crypto stored offline in “cold storage.” This strategy makes it impossible for online threats to access your holdings. The Ledger Nano S or the more advanced Ledger Nano X both support Zilliqa (ZIL).

Zilliqa continues to demonstrate its advanced capabilities to the market. The network’s combination of features, scalability, and programmability are all big draws for users. You can expect to see more Dapps launch on this platform in the coming weeks as the network provides a viable alternative to Ethereum’s woes. For these reasons, Zilliqa appears to be well-positioned for expansion.