Investing In Universal Market Access (UMA) - Everything You Need to Know - Securities.io

Universal Market Access (UMA) is a decentralized protocol that enables anyone to design and create trustless financial contracts. The platform secures these contracts via economic incentives making it trustless. Additionally, users can create synthetic assets and gain exposure to real-world assets on the blockchain.

Universal Market Access focuses primarily on the derivatives markets. A derivate is a contract between two parties about an asset. In most instances, it’s an agreement to sell a certain asset at a predetermined price and date. Derivatives are popular among professional investment firms because they enable investors to gain exposure to assets without increasing regulatory risk. Now, regular crypto investors can utilize these investment tools to expand their portfolios.

Universal Market Access removes all the technical and financial barriers to derivatives trading. These high-return investments used to be exclusive to accredited investors. An accredited investor can show at least one million in assets. As such, the average investor missed out. Keenly, Universal Market Access empowers anyone to design and build universally accessible financial products. In this way, it lowers the entry bar into the world of financial derivatives and enables new investors to gain exposure to assets that would otherwise be out of reach. 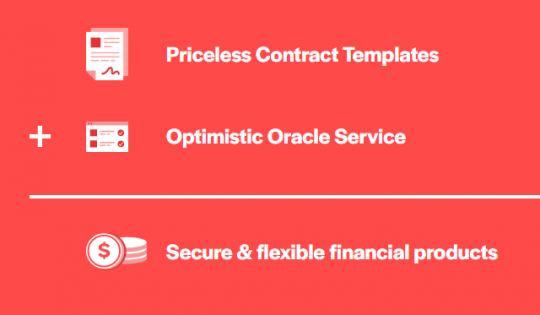 Derivatives trading can be expensive in the traditional markets. Universal Market Access eliminates all the middlemen to reduce costs. Additionally, transaction costs are minimized through a margining system. This protocol allows counterparties to monitor and value their trades off-chain. They only pay gas fees when they re-margin on-chain.

The platform enables anyone to build decentralized financial products that operate in a permissionless manner. Uniquely, these systems allow for programmable risk. Smart contracts allow users to create collateralized synthetic tokens that allow them to trade with real-world assets without direct exposure. Users can hedge, trade, or invest in financial markets of all types in a more streamlined manner using the protocol.

Synthetics trade more efficiently than traditional derivatives or commodities. Users can trade synthetic tokens in near-real-time and across borders. Sending a synthetic is as easy as sending your favorite cryptocurrency.

Anyone can create a synthetic using UMA as collateral. It only takes a few minutes to create custom collateralized synthetic cryptocurrency tokens that can track the price of virtually any asset or item. 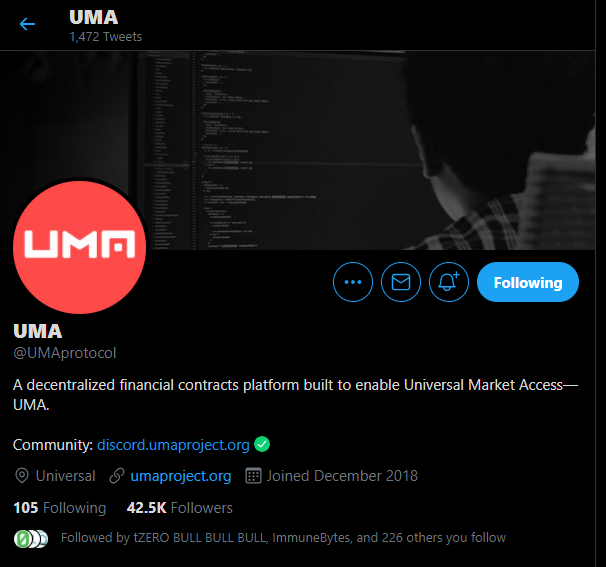 Universal Market Access operates as an open-source protocol that lives on the Ethereum blockchain. As such, it leverages all the security benefits of the world’s largest Dapp ecosystem.

There are a variety of proprietary protocols that work in tandem to enable Universal Market Access to further its goal of bringing financial services to the world. The network leverages two main components. The first is self-enforcing smart contracts that enable the creation of synthetics and the second is a priceless oracle.

The token facility is the system that allows for the creation of synthetic tokens that represent an asset. To create a token contract on Universal Market Access, you need three components. Specifically, you need to provide a price identifier, the expiration date, and collateral.

Notably, Universal Market Access leverages oracles for a variety of functions. Oracles are off-chain sensors that can communicate data to and from a blockchain. The network introduces a truthful oracle for real-time valuation, settlement, and dispute resolution. Additionally, there are price feed oracles that rely on economic incentives via the Data Verification Mechanism (DVM) to ensure validity. Part of this strategy is making sure the cost of corruption is higher than the profit that could be earned through malicious activities.

Universal Market Access added a Treasury Diversification Tools feature to its catalog recently. This system utilizes a new digital asset called the Range Token. Range tokens enable DAOs to access funds and diversify their treasury without directly selling their native tokens. Instead, DAOs can use their native tokens as collateral to borrow funds with no risk of liquidation. 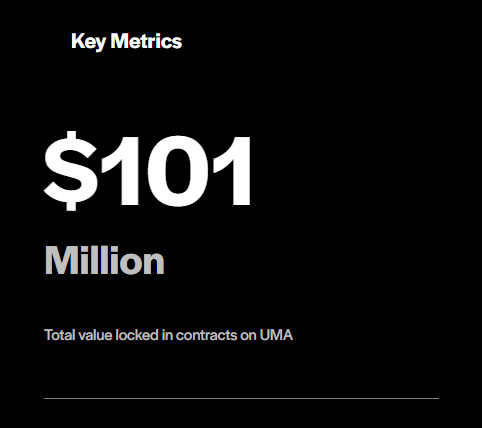 UMA is the native governance and utility token of the Universal Market Access system. This ERC-20 token can be traded on all Ethereum-based DEXs and stored on ERC-compliant wallets. UMA is also used to pay fees, create synthetics, collateralized oracles, and in the network’s community governance system.

Universal Market Access (UMA) is currently available for purchase on the following exchanges:

Binance – Best for Australia, Canada, Singapore, UK and most of the world. USA residents are prohibited from buying UMA. Use Discount Code: EE59L0QP for 10% cashback off all trading fees.

Universal Market Access is the perfect example of how blockchain technology can provide a more open and fair financial system to the world. The network combines a variety of powerful features and an easy-to-use interface to drive adoption to new heights. You can expect to hear more from Universal Market Access (UMA) as more investors learn about the benefits gained from the use of synthetics.