Investing In Ooki Protocol (OOKI) - Everything You Need to Know - Securities.io

Connect with us
Ooki Protocol 101:

The Ooki Protocol (OOKI) provides user access to an all-inclusive DeFi ecosystem. The network combines a flexible DEX, staking, lending, and cross-chain protocols to create a unique user experience. The goal of the project is to empower users with the tools they need to achieve financial independence.

The Ooki Protocol was designed to combat centralization in the financial sector. The protocol provides more transparency via its decentralized structure when compared to traditional financing options. The developers made the protocol non-custodial which adds to the overall security of the network. 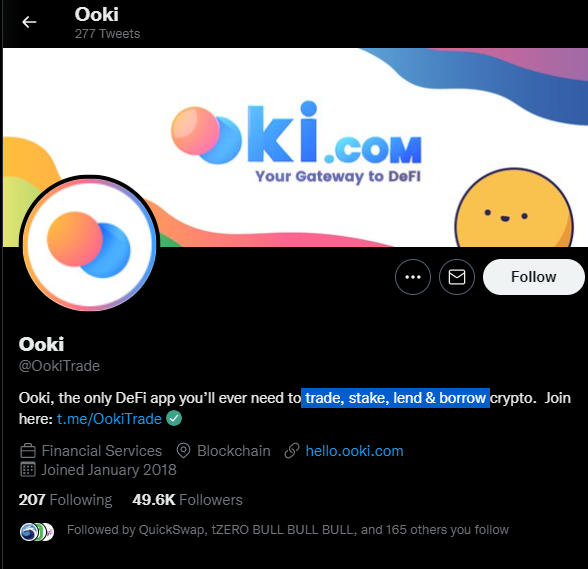 Non-custodial networks never require you to give up custody of your Bitcoin. This approach prevents you from losing funds due to network outages or hacks. You are the only one with access to your crypto keys when you trade on non-custodial DEXs. Even the developers can’t access your funds.

One of the main reasons it’s vital to combat centralization in the market is because it leads to higher fees. Currently, networks like Ethereum have high gas fees due to network congestion. The Ooki Protocol provides users with zero rollover fees which makes the network more affordable for frequent traders.

In the past, converting users to DeFi has been a struggle for many reasons. The DeFi sector introduces new features and terminology to the financial equation. Additionally, there is a need to understand a little bit about how blockchain technology works to truly grasp DeFi. All of these requirements made earlier DeFi networks confusing.

The Ooki Protocol simplifies the problem through the combination of an easy-to-use interface and a streamlined onboarding process. Users gain instant access to a variety of top DeFi features. You can trade, stake, lend, and borrow using the network’s features. This approach eliminates the need to learn multiple platforms to secure ROIs.

The Ooki Protocol is a privacy-based system. Unlike traditional financial systems, the network doesn’t require you to submit KYC (Know Your Customer) data. This strategy is ideal for users because it prevents the risk of data breaches. Already this year, billions of dollars in personal information have been stolen from major financial institutions and sold on illicit markets. Ooki protocol users avoid these risks.

There are a lot of benefits that make the Ooki Protocol a platform to watch. The network supports full Smart contract programmability. You can construct flexible applications that leverage the features and services of the network. The developers encourage third parties to create and build on the platform and expand the user base. 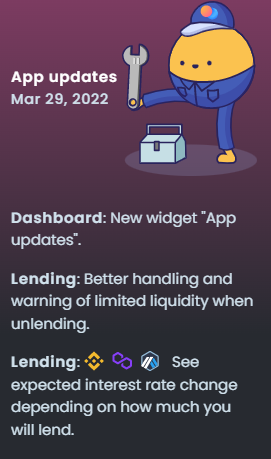 The Ooki trading interface enables you to see vital market data within a single screen. The interface provides you access to all the network’s features and services. You can see information regarding the state of the market, your current positions, and other DeFi stats like staking positions.

One of the best features of the Ooki Protocol is margin trading. Margin traders take out loans to improve their position. This is an advanced trading strategy that increases both your ROI potential and risk exposure. It also opens the door for other techniques like shorting.

When you short a token, you take out a leveraged position in the asset and then sell it before the price drops. Once the price bottoms, you repurchase the asset for a lower price. You repay the loan and keep the difference. When done correctly it’s a powerful way to secure returns.

However,  if the price of the asset rises, you will have to pay whatever the new price is to repay the loan. As such, you should have a firm understanding of your trading strategy to protect against unnecessary losses when trading with leverage

How Does Ooki Protocol (OOKI) Work

The Ooki Protocol leverages advanced DeFi features to empower traders. The system currently works with some of the most popular networks in the market including Ethereum, Polygon, Binance Smart Chain, and Arbitrum. It includes a full-featured DEX, P2P lending systems, staking protocols, community governance, and a custom-built cryptocurrency called OOKI.

The Ooki DEX is the main feature of the network. This non-custodial DEX is far more advanced than the top-performing networks. The system supports features usually found only on CEXs, such as margin trading and shorting. You can leverage your trades up to 15% on the Ooki DEX. Additionally, the system supports perpetual positions, which streamlines trading altogether.

Ooki offers users the ability to lend and borrow crypto in a decentralized manner. The network leverages large lending pools to accomplish this task. Lenders can secure returns with minimal risk thanks to the network’s over-collateralization requirements and liquidation systems. Additionally, the use of lending pools enables borrowers to find loans that meet their needs.

Peer-to-peer lending systems provide a more democratic and fair way for people to access funding. There are no gatekeepers. Additionally, the Ooki Protocol takes the concept a step further with the introduction of minimal liquidation penalties and low-margin maintenance fees ranging from 15% to 25%.

Anyone can secure passive returns using the staking features on Ooki. The system provides a low-risk high-yield option for those who don’t want to risk losing their original asset. When you stake, you lock up your crypto in exchange for rewards. At the end of the process, you receive your original asset and the agreed rewards. 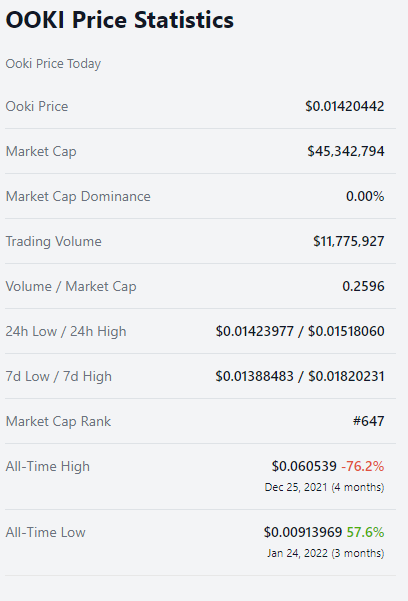 OOKI is the main utility token for the network. This token serves a crucial role in the network. You need to hold OOKI to participate in the community governance options. Additionally, this token is how rewards are paid out and how users interact with all network features. Developers also use OOKI to execute smart contracts to power Dapps.

How to Buy Ooki Protocol (OOKI)

Currently, Ooki Protocol (OOKI) is available for purchase on the following exchanges.

Binance – Best for Australia, Canada, Singapore, UK and most of the world. USA residents are prohibited from buying Ooki Protocol (OOKI). Use Discount Code: EE59L0QP for 10% cashback off all trading fees.

The Ooki Protocol is a prime example of how DeFi continues to become easier for new users. This system is a great place for a person to enter the blockchain space because there are multiple low-risk passive return features. Additionally, the low fees and network scalability are other reasons that people continue to explore the Ooki Protocol. You can expect to hear more from this project in the coming weeks