Investing In Moonriver (MOVR) - Everything You Need to Know - Securities.io

Connect with us
Moonriver 101:

The Moonriver (MOVR) platform operates as a testing network for the Moonbeam parachain. The goal of the project is to enable Moonbeam developers to begin experimenting and testing their Dapps in a compatible environment. Notably, Moonriver is a parachain built for the Polkadot network. It’s scheduled for release shortly.

Moonriver was built shortly after the Moonbeam concept was introduced in June 2021. Moonbeam is a specialized Layer 1 chain that mirrors Ethereum’s Web3 RPC, accounts, keys, subscriptions, logs, and other vital components. The protocol enables developers to test their creations within a real working digital economy.

Developers can monitor the performance of their applications under operating conditions and make improvements before deploying their creations to Moonbeam. Notably, Moonbeam is the most powerful Ethereum-compatible smart contract on Polkadot. 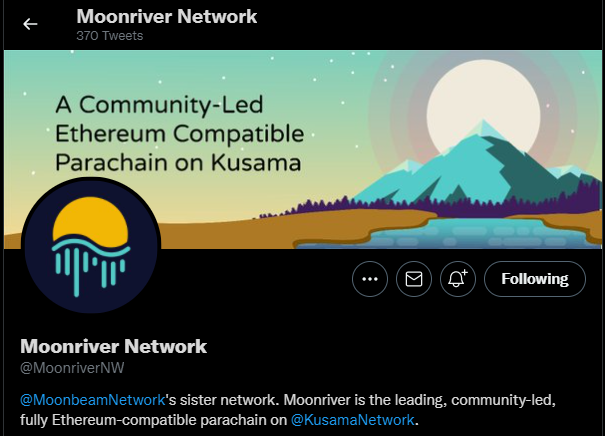 What Problems Does Moonriver (MOVR) Solve?

Moonriver helps to reduce the number of issues that have haunted developers in the market. For one, the protocol provides a real-life testing ground for their creations. Users can participate in the testing stages of your project which helps developers to further tweak their features and monitor their security.

Another major issue that Moonriver helps to alleviate is new developer onboarding. The creators of the network made sure to make the system fully Ethereum-compatible. There is no need to rewrite or reconfigure Ethereum applications when migrating. Notably, the system even enables users to build using multiple languages. Currently, the network supports Solidity, Vyper, and all networks that can process EVM (Ethereum Virtual Machine) actions.

Moonriver developers gain some serious advantages using the protocol. The network’s Ethereum-like environment provides developers with a chance to experiment with Ethereum-based coding on a more responsive and better-performing network. Notably, Moonriver works with industry-standard Ethereum tools, Dapps, and protocols in a seamless manner. Additionally, this strategy enables developers to create and launch Solidity Smart Contracts on the Kusama blockchain.

The testing nature of Moonriver means that its users Gain access to the latest and greatest experimental builds. Since these systems are open to the public, you can get access to projects that have the potential to upend the market and drive crypto adoption forward. Gain a better understanding of these systems and use that insight to improve your ROI results when the protocols officially launch.

Another major benefit that Moonriver brings to the table is a host of developer tools and support. The network provides developers access to infrastructure services like Chainlink and The Graph to better your Dapp structure. The network integration services for DOT and ERC-20 assets as part of its base features as well.

The Moonriver project has already seen some considerable adoption since its launch. Developers gain the added capability to provide users access to the Ethereum-DeFi community without the high congestion and fees. For example, the network supports the use of a variety of popular Ethereum-based tools like MetaMask, Remix, Hardhat, Waffle, and Truffle.

Impressively, Moonbeam and Moonriver extend the base Ethereum feature set. These networks introduce additional features such as on-chain governance, staking, and cross-chain integrations to the equation. As such, many Ethereum developers have found a more advanced, yet familiar, network to support their projects.

How Does Moonriver (MOVR) Work?

Moonriver operates as a parachain to Moonbeam. The network leverages the Kusama Network. Kusama is an advanced DeFi network built on Polkadot. Kusama uses nearly the exact same development environment as Polkadot which enables developers to use Kusama to improve their Polkadot systems.

Polkadot is home to a scalable network of specialized blockchains built using Substrate. These networks provide more flexibility to the market and take the guesswork out of protocol launches. Kusama provides top-notch scalability and security to the network while at the same time allowing them to follow how their systems react under certain conditions. 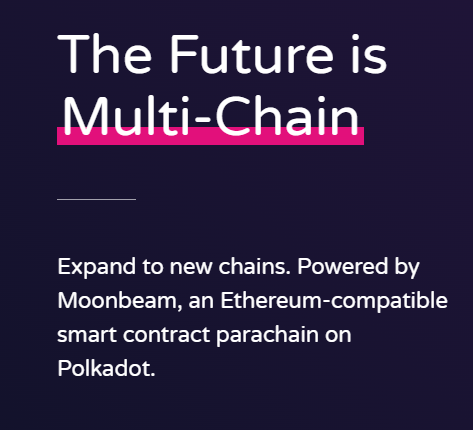 Moonriver operates as a community-led network. Users can put forth proposals regarding all aspects of the network. Users may elect council members, propose feature or fee changes, and decide how the community chest is best spent. Community governance is one of the premier features of next-gen DeFi networks. These systems help to keep communities intact. They also ensure that those who have the most to lose get their voices heard.

In the Moonriver community governance system, users vote via MOVR tokens. The more MVOR tokens you stake and the more weight your vote possesses. This strategy also helps to keep the value of the network’s main utility and governance token MOVR on the up.

Another cool feature of the MOVR network is its staking options. Users can lock up their cryptocurrency and secure rewards with very low risk. Staking is a smart option for anyone who is in search of passive income streams. The main advantages of staking protocols are predetermined rewards and the fact that you don’t have to relinquish ownership of your tokens to start earning. 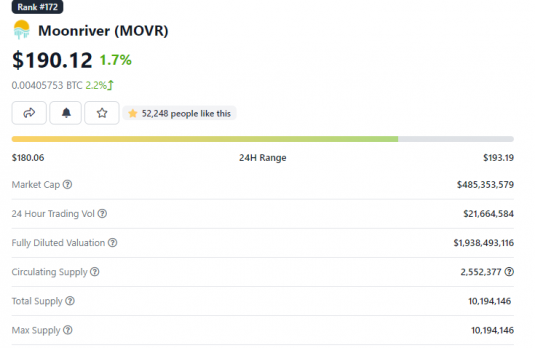 MOVR is an ERC-20 compatible token that lives on the Ethereum blockchain. The token is set to migrate over to MOVR in the future as the protocol matures. MOVR token holders have a few ways they can leverage the capabilities of the token. For one, developers need to hold MOVR to pay for smart contract execution.

MOVR tokens play a vital role in the ecosystem. You receive all rewards in these tokens. Users also pay transaction fees using these digital assets. Notably, MOVR is available on most Ethereum-compatible DEXs (decentralized exchanges) at this time.

How to Buy Moonriver (MOVR)

Moonriver (MOVR) is available on the following exchanges:

Binance – Best for Australia, Canada, Singapore, UK and most of the world. USA residents are prohibited from buying Moonriver (MOVR). Use Discount Code: EE59L0QP for 10% cashback off all trading fees.

The introduction of Moonriver to the market opens the doors for creative minds to experiment without risk. Parachain networks are one of the best new technologies in the market. Platforms like Moonriver demonstrate the importance of these test networks in protecting users in the future. For these reasons and many more, Moonriver is set to see continued adoption moving forward.