Investing In Illuvium (ILV) - Everything You Need to Know - Securities.io

Connect with us
Illuvium 101:

Illuvium (ILV) is a blockchain-based play-to-earn RPG and battle royal. The platform combines NFTs, a richly-detailed virtual world, and much more to create a unique user experience. Notably, Illuvium is among the first AAA NFT games to hit the market. As such, it’s had a lot of excitement surrounding the project.

Illuvium is slated for release later this year. The developers seek to provide gamers access to a beta version in Q1 2022. You can register for the beta version of the game on the platform’s homepage. It’s free to sign-up and as an early member, you’re sure to get exclusive access to scarce NFTs. 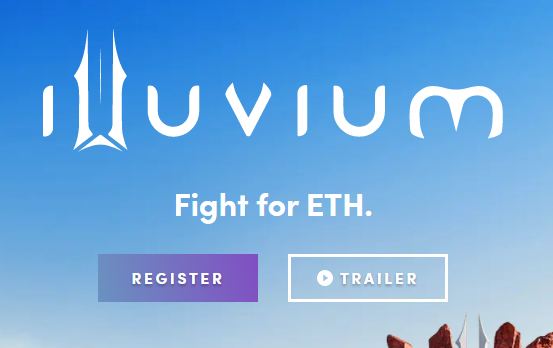 What Problems Does Illuvium (ILV) Attempt to Fix?

There are a lot of issues that Illuvium (ILV) eliminates. For one, it helps to break the cycle of low-quality games for NFT users. Most NFT games have basic graphics or consist of some sort of collectibles that are then used to create more like in the case of Cryptokitties.

These titles were great to start off the market and demonstrate the power of FNT technology. However, gamers are ready for a more immersive experience. As such, Illuvium promises to deliver a graphically intense and fun-filled gaming experience to the market.

Building games on Ethereum has proven to be tricky in the past due to congestion issues. The Illuvium development team avoided these concerns through the integration of the second layer protocol Immutable X. This network improves Ethereum-based projects’ performance significantly. 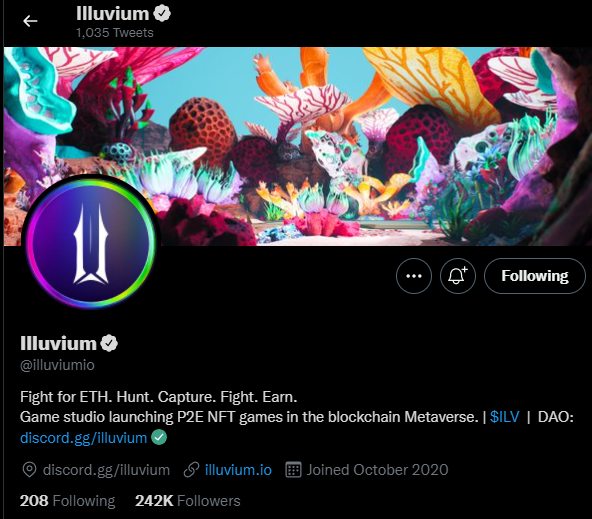 The multi-layer structure of the Illuvium ecosystem means it can leverage the security of Ethereum while enjoying the performance of Immutable X. Notably, Ethereum is the largest Dapp and DeFi ecosystem in the world. The network has never been successfully hacked and currently operates as the second-largest Proof-of-Work blockchain behind only Bitcoin.

Illuvium gamers have a lot of benefits to enjoy. First and foremost, the game promises to be fun. The merger of crypto and gaming (GameFi) has left some developers more focused on the financial aspects of their games rather than the playability and fun of their titles. Illuvium promises to wow gamers and provides a game that is both exciting and profitable.

Illuvium is ideal for new users and those who have never played NFT games. The game will operate similarly to other major RPG games with some major upgrades including the ability to profit during gameplay. The protocol will be open to the world which will help to drive liquidity in the game’s market.

The open nature of the platform will also mean that anyone can join and earn rewards. There are no registration requirements or KYC forms. You simply need to attach an ERC-compliant wallet. MetaMask is the recommended wallet by developers. In this way, gamers enjoy privacy which will help them to keep their game earnings more secure.

Another huge advantage of Illuvium is the networks zero gas fees for peer-to-peer trading. The Immutable X blockchain makes this strategy possible. It also provides gamers with near real-time transactions and added functionality compared to Ethereum’s mainnet.

Anyone can secure ILV through gameplay. You can also stake or mine for ILV tokens as well. The protocol charges fees for purchases. These fees get redistributed through the vault distribution mechanism to stakers. Notably, the developers stated that 100% of revenue from the game and sales will be shared between ILV stakers.

How Does Illuvium (ILV) Work

Illuvium is an RPG title that enables gamers to journey across a vast digital landscape that has been destroyed in search of rare exotic alien creatures called Illuvials. These scarce NFT collectible in-game creatures can be mined, harvested, captured, and put to battle. Aside from collecting these beasts, you can unravel the mysteries behind how their land was destroyed. Players earn in-game rewards in ILV through competitions, tournaments, or completing PVE quests. 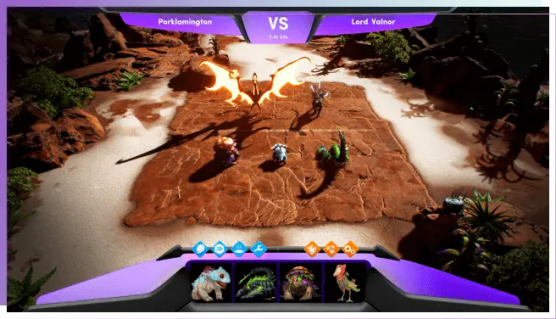 Illuvium are the rare NFT creatures that you need to collect. You can hunt and capture these assets. You can also trade them or buy them from other users. Interestingly, you need to keep your Illuvials locked up in crystal cages called shards. Shards are helpful because they list the vital details of the NFT including its stats and features.

According to company documentation, the beta will launch with 100+ Illuvials. Each of these creatures will be set up with different affinities, classes, and abilities. Interestingly, you can fuse your Illuvium to create rare and more powerful versions of the creatures and battle your opponents for prizes.

Once you have a nice selection of Illuvials tamed, you’re ready for battle. Select your team and your opponent. It’s vital that you use strategy to match your Illuvials to complement each other and cover any shortcomings. Once you have the perfect balance, you are ready to join a major tournament to secure some real rewards.

New users will be happy to learn the base Tier 0 realm is free-to-play. This level is similar to the full game but not as vast. You can use this section to master the game mechanics and play. You can also mine for free Shards at this level. Once you’re confident in your skills, it’s easy to up your membership.

Those who want to secure rewards with low risk should consider the network’s Liquidity Mining pools. You can stake your tokens in these pools to secure profits without the risk of losing your digital assets. To stake ILV you need to connect your MetaMask wallet to the staking pool. You will need to consider how long and how many tokens you want to lock up. The more you stake and the higher your rewards.

ILV is the main governance token of the network. Token holders gain access to the network’s voting rights. Notably, ILV is an ERC20 token that lives on the Ethereum blockchain. It can be used for direct player-to-player transactions and for buying and selling Illuviuls.

When you stake ILV our rewards are paid out in sILV. This synthetic ILV token is pegged to the value of ILV. This strategy provides gamers with more buying power. sILV operates as the in-game currency. You need it to pay for items and even to travel to certain regions of the map. Notably, minting sILV was paused this week after an attack vector was discovered.

Illuvium: Zero is a mobile add-on to the game. It enables users to build on a free lot of land. Notably, your creations will remain in the mobile version of the game unless they are paid add-ons. This approach allows gamers to plot their traps and other game items while on the go.

How to Buy Illuvium (ILV)

Illuvium (ILV) is available on the following exchanges:

Binance – Best for Australia, Canada, Singapore, UK and most of the world. USA residents are prohibited from buying Illuvium (ILV). Use Discount Code: EE59L0QP for 10% cashback off all trading fees.

There are many gamers in the market that have been patiently waiting for a AAA blockchain-based NFT game to enter service. Illuvium’s developers have enough experience and financial backing to deliver a high-quality gaming experience to all. Additionally, the game’s structure and features make it one of the most advanced NFT titles ever. As such, you can continue to see gamers’ interests sparked as the title approaches its BETA launch date.