Investing In Fantom (FTM) - Everything You Need to Know - Securities.io

Fantom (FTM) is the world’s first Directed Acyclic Graph (DAG) based smart contract platform. This fourth-generation blockchain provides developers and users with some significant upgrades in terms of functionality and usability when compared to the market’s leading blockchain, Ethereum.

Fantom’s developers keenly focused on creating a reliable, secure, and fast network for transactions.  The final goal of the project is to one day become the “nervous system for smart cities.” The developers envision a day where these living metropolises leverage Fantom’s core protocols to remain connected and conduct daily business.

In addition to its infrastructure goals, Fantom seeks to become a top-performing DeFi (decentralized finance) platform in the market. The network offers a variety of popular features such as staking and peer-to-peer lending services. In this way, Fantom seeks to capture some of Ethereum’s DeFi market share in the coming months.

What Problems Does Fantom (FTM) solve?

Fantom was built to tackle many of the problems faced by Ethereum users and developers today. The primary focus of the network is to create a secure and scalable decentralized network. To this extent, the development team succeeded. Fantom can provide near-infinite scalability and instant transactions at nearly zero cost.

Fantom does away with the power-hungry Proof-of-Work (PoW) consensus mechanism used by early cryptocurrencies such as Bitcoin and Ethereum. This strategy enables the network to validate its state using less energy. In the end, this approach makes Fantom more sustainable and environmentally friendly.

One of the biggest advantages that Fantom brings to the market is its low fee structure. Users can send transactions for a fraction of the cost of using Ethereum currently. This micro-fee strategy also benefits developers as they can provide their services for far less cost.

There are some unmistakable benefits users gain when they join the Fantom ecosystem. The platform has proven to be ideal for payments, supply chain management, DeFi, and enterprise applications. Additionally, developers don’t have to learn a new programing language. Fantom is completely EVM-compatible. 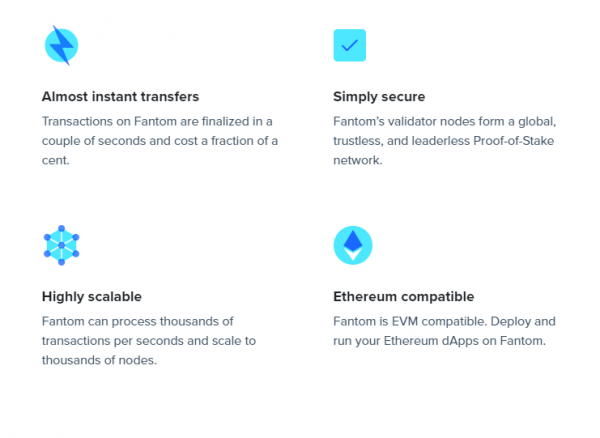 In terms of scalability, Fantom is a top-performing network. The platform provides near-instant transactions. Currently, users enjoy a time-to-finality (TTF) of around one second. As the network matures, the developers have set an end goal of executing 300,000 transactions per second (tps).

This would put Fantom far ahead of some of the world’s top payment processors such as VISA and PayPal. For example, VISA speed tests have put the network at a max of 36,000 tps. Fantom seeks to provide 10x the speed.

How Does Fantom (FTM) Work?

Fantom is a multi-layered Delegated Proof-of-Stake (DPoS) blockchain. The network’s architecture can be broken down into three distinct layers. These layers can communicate data and enjoy complete compatibility of all transactions and transaction tools.

The Opera Core Layer is the first protocol in the Fantom process. This is the layer that is responsible for maintaining consensus. To accomplish this task, the network employs a proprietary DPoS consensus protocol. This structure leverages both Validator and Witness nodes to maintain validity.

The Opera Ware Layer executes functions on the network. This is also the layer that handles issuing rewards and payments. Notably, Opera Ware is responsible for writing network Story Data. Story Data is Fantom’s method for allowing all past transactions to be tracked. This feature is critical when discussing logistical use cases or other scenarios where the network must provide infinite data access.

The Application Layer is how developers interact with the other layers in the network. This is where users can find public APIs. These APIs provide secure and reliable network connectivity for use in Dapps and more.

Fantom users can stake their FTM and receive rewards. In Fantom, you stake to help secure the network. Notably, your rewards are paid out directly to your wallet in FTM. Staking is considered a more democratic way to validate a decentralized network because it provides all users with the chance to secure the network and earn rewards. Additionally, you don’t need any expensive mining rigs or other hardware to participate.

Another critical component of Fantom is the fMint feature. This protocol streamlines the minting of synthetic assets on the Fantom blockchain. You can tokenize nearly anything using this protocol. The network has already created synthetic national currencies, crypto, commodities, and stocks.

The fTrade exchange is a decentralized automated market maker (AMM). This exchange allows anyone in the network to buy, sell, and trade Fantom-based digital assets. The protocol operates in a non-custodial manner, meaning that your digital assets are traded directly from your wallet. This approach is considered far more secure than centralized exchanges that hold your crypto in large hot wallets.

fLend is another powerful DeFi feature found on Fantom. P2P Lending protocols replace the bank and allow regular users to earn interest by lending out their digital assets. These protocols are unique in that they rely on large lending pools that ensure that lenders receive their repayment on time. In this way, fLend allows you to earn profits without losing exposure to your stored FTM.

The fWallet is a critical component of Fantom. This Progressive Web App (PWA) was built from the ground up with simplicity in mind. Anyone can store, send, receive, and stake FTM using the interactive interface. Additionally, the wallet is easy to launch on all platforms including Windows, iOS, Linux, and Android.

FTM is the primary utility, DeFi, and governance token of the network. Users can stake FTM and earn rewards. You can also pay fees or send value globally in seconds using this resilient coin. Additionally, you need to hold FTM to gain access to the community governance mechanisms of the platform. 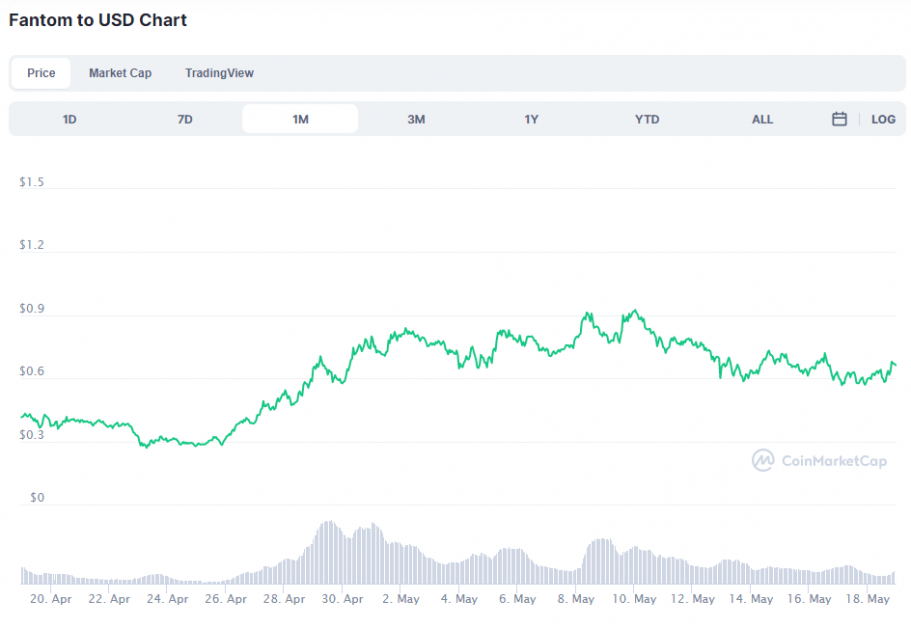 All synthetics created on Fantom are known as sFTMs. These digital assets can represent nearly anything. Users simply need to provide collateral to create sFTMs.

Fantom leverages a stable coin known as fUSD. This coin is pegged to the USD. Users can trade fUSD for synthetic tokens and fiat via the fTrade protocol. Notably, you will need to use FTM tokens and sFTM tokens as collateral to mint fUSD.

Validator nodes handle the core components of the network. Anyone can become a Validator node. You simply need to hold 1 million FTM in a network wallet to qualify. Uniquely, Fantom Validator nodes don’t need to monitor other nodes on the network. Instead, they simply verify new transactions from a timestamped point called a Lamport. Impressively, Fantom nodes are able to process asynchronously.

Fantom integrates a community governance protocol. This system enables users to put forth proposals on vital network upgrades. You can propose changes to items such as network structure, fee, and system parameters. The more FTM you hold, the more voting power you have.

How to Buy Fantom (FTM)

Fantom (FTM) is currently available for purchase on the following exchanges:

Fantom (FTM) Popularity on the Rise

Fantom provides a lot of attractive features and services to the market. Both users and developers gain utilizing this next-gen blockchain. As more developers seek Ethereum alternatives, you can expect to see Fantom continue to rise.

How to Buy Fantom (FTM) in Canada