Investing in Dash (DASH) - Everything You Need to Know - Securities.io

The popular cryptocurrency Dash entered the market with the goal to provide the crypto community with more features and scalability than its predecessors. Since its introduction, Dash has grown both its community and platform significantly. Today, Dash is one of the most recognizable cryptocurrencies in the world. Here’s how it got there:

Dash is an open-source protocol that originated as a hard fork from the Bitcoin blockchain. The coin gained notoriety for its unique approach to the market. Dash focuses primarily on privacy and transaction speeds. Consequently, Dash transactions are near-instantaneous and close to impossible to trace.

Dash became popular because of its amazing array of features. Most of these features were new to the market when Dash introduced them. In this way, Dash continues to be a pioneering force within the privacy coin sector. Here are the features that make Dash a coin to keep your eye on.

Dash is able to accomplish near-instant transactions using its InstaSend protocol. InstaSend bypasses miners and utilizes a consensus of masternodes to validate a transaction. This process eliminates the waiting time associated with blockchain network confirmations. To accomplish this task, Masternodes form voting quorums.

One of the most advanced features Dash utilizes is its Private Send protocol. This protocol enables Dash users to make and receive untraceable payments on the blockchain. The way the process works is simple.

First, a user requests a PrivateSend transaction. The platform then takes their transaction and mixes the users’ unspent Dash before executing the transaction. Next, the protocol breaks your transaction inputs down until they are standard denominations. From there, the user’s wallet then sends a request to the Masternodes. This request fills when two other people send similar requests.

Next, a masternode mixes up all of the inputs and instructs all three users’ wallets to pay the now-transformed input back. Your wallet pays that denomination back to itself. Interestingly, the wallet utilizes what is known as a change address. Crucially, the wallet repeats this process multiple times. Best of all, this occurs in seconds and without requiring users to complete additional steps.

Another powerful feature Dash incorporates is Chainlock. This protocol protects against 51% attacks when used in parallel with InstaSend. A 51% attack occurs when more than half of a Blockchain’s node introduces false data.

After experiencing some issues with a 2014 update labeled RC3, the Dash community decided it was best to find a smoother upgrade strategy. This desire led to the creation of Sporks. Sporks allow for major upgrades such as soft or hard forks but without the need for instant change.

Spork updates enter the blockchain in a multiphase approach. This strategy allows developers to monitor real-time data surrounding the upgrade. Additionally, it allows the network to gradually make the upgrade without its integrity all at once.

In true cryptocurrency form, the Dash community is run by a decentralized autonomous organization (DAO). DAOs are simply platforms that depend on community voted smart contracts to determine their course of action. DAOs are critical in the crypto sector because they solve two main concerns faced by all projects – governance and funding.

The Dash community consists of various different members that all play their part to secure the network and keep the project up to date. There are standard nodes that are responsible for various actions such as relaying messages and validating transactions on the network. The next component of the network is miners. These are network nodes that validate blocks of transactions and add them to the blockchain. 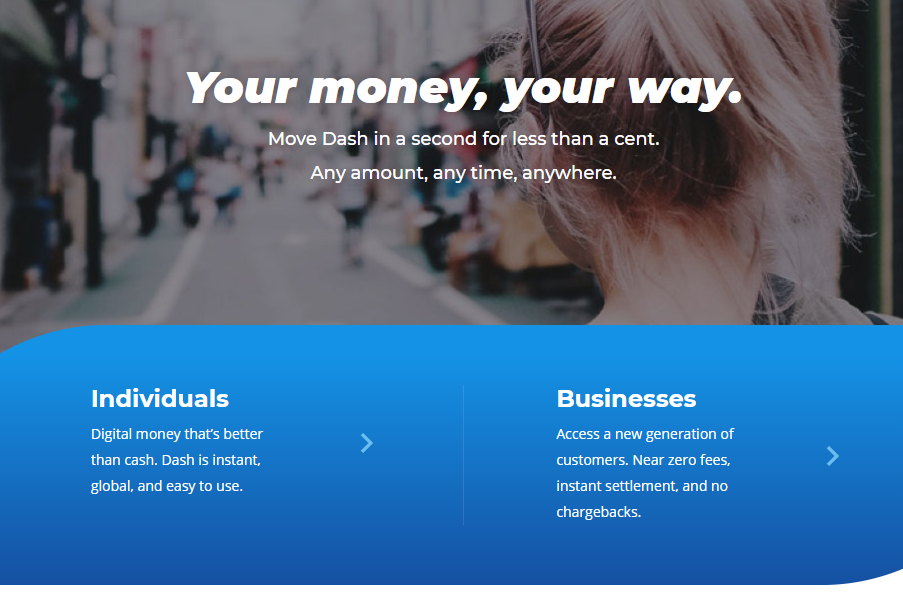 Notably, 10% of all funding received from mining efforts gets reinvested back into the Dash ecosystem. Specifically, these funds go towards developing new community projects. Consequently, Dash has one of the most vibrant communities in the sector. To date, the DAO created multiple support groups including the Dash Core Group, Inc. (DCG). These developers drive continual development, integrations, and other improvements within the ecosystem.

How Do I Become a Masternode?

To become a Dash Masternode you will need to meet a few requirements. Primarily, you need to possess at least 1000 Dash in a network wallet. You also need a static IP address.  The final requirements are technical including the type of CPU, RAM, disk space, and network bandwidth available at your location.

Those who want to mine Dash will be happy to hear that it’s still possible using traditional PC and GPU miners. However, over the last few years, ASIC mining rigs have begun to enter the market. Importantly, the network utilizes the X11 hashing algorithm. This unique protocol was made specifically for the platform by Dash’s core developer Evan Duffield.

In interviews, Duffield stated that X11 was partially inspired by the chained-hashing approach of Quark. The X11 algorithm utilizes a chained hashing algorithm. Keenly, X11 bears its title because of the eleven scientific hashing algorithms it depends on to complete its proof-of-work.

In comparison, Bitcoin uses a single hashing function called SHA-256. The increased complexity and sophistication Dash brings to the market provides users with security on par with Bitcoin but from a smaller blockchain. This ability to provide maximum security from fewer nodes is one of the reasons Dash remains a top contender in the market.

In the X11 hashing algorithm, a new block mines approximately every 2.6 minutes. These blocks contain 2MB of data. This equates to roughly 56 transactions per second. Also, similar to Bitcoin, block rewards decrease yearly. In the Dash ecosystem, this decrease is done at a rate of 7.14% per year.

The history of Dash begins in 2014 under the name Xcoin. Xcoin was an instant hit because it gave users real privacy tools unavailable at the time. Shortly after launch, Dash’s creator, Evan Duffield decided it would be smart for the project to promote its privacy capabilities even further. This desire led to the coin undergoing a rebranding to Darkcoin.

However, the rebranding led to Dash becoming a staple in the darknet markets. Seeing the limitations in this approach, Duffield again rebranded the coin. This time it was rebranded as Dash. The word Dash comes from combining the words “digital” and “cash.” Notably, by 2016, Dash was no longer widely used on the Dark Net.

Dash (DASH) is available for purchase on the following exchanges.

How to Store Dash

There are three ways to store your Dash. To figure out what storage method best suits your investment strategy, you need to consider the amount of Dash you intend to hold, and how often you will trade it. If you plan to hold a minimal amount of Dash for daily trading, you can stick with the PC network wallet.

There are also a ton of reliable mobile wallets available in the market today. Mobile wallets are very easy to use and can be set up in seconds. Best of all, they are free and fairly secure.

If you seek to make a major investment in DASH or if you are planning on HODLing this crypto for long periods of time, a hardware wallet is the best option. Hardware wallets keep your crypto stored offline in “cold storage.” This strategy makes it impossible for online threats to access your holdings. The Ledger Nano S or the more advanced Ledger Nano X both support DASH (DASH).

Dash continues to remain one of the most popular cryptocurrencies in use today. This unique project is a perfect example of how blockchain technology provides users with more liberty and freedom. Consequently, you should expect to see Dash continue to play a prominent role in the crypto market for years to come.

How to Buy Dash (DASH) in the UK