Investing In Aptos (APT) - Everything You Need to Know - Securities.io

Aptos (APT) provides the market with a scalable and easy-to-use alternative for Dapp creation. The Layer 1 PoS (Proof-of-Stake) blockchain seeks to improve the Web3 experience by improving functionality and performance. Today, Aptos continues to see growing adoption as a pioneering effort in the market.

To understand the goals that Aptos developers seek to accomplish, you must grasp the concept of web 3.

Web 3 is the next version of the internet. The first was categorized by information shared, the second can be thought of as the rise of social media and user-generated content, and the third version will focus on providing more usability through the integration of next-gen technologies such as VR, AR, blockchain, and much more. 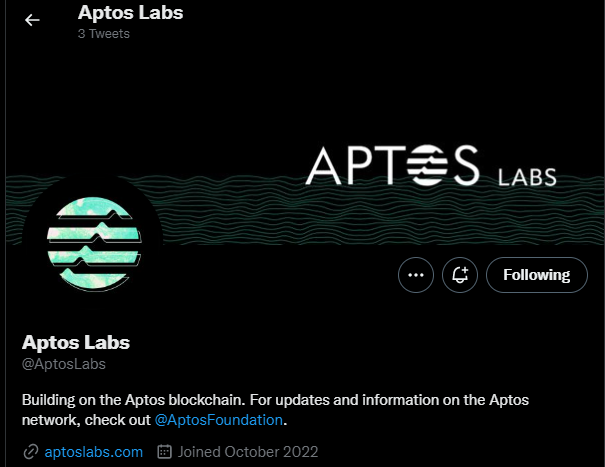 What Problems Does Aptos Attempt to Fix?

Aptos (APT) wants to make it easier for the average person to use cryptocurrencies daily. As part of this approach, the network began offering custom wallet addresses. These are much easier to remember and share than the long public key most networks have today. This approach makes it less intimidating to use digital assets.

Another core concern for the development team was scalability issues. Scalability concerns have plagued earlier blockchains and have cost users millions in gas fees and more. Recognizing how network congestion causes serious problems, the developers decided to create a custom consensus to secure the blockchain.

The AptosBFT PoS consensus algorithm eliminates the use of miners in the validation process. Consequently, it’s faster and more energy efficient than PoW (Proof-of-Work) networks like BTC. Aptos is capable of 160,000 tps. Additionally, the network features extremely low latency with transaction finality as low as 1 second.

There are a lot of reasons why a person would use Aptos for their next Dapp or network. The protocol is open to the public and comes in a production-ready state. You can save money on development and testing using the available tools and features provided. As such, businesses can improve efficiency by leveraging Aptos’s network tooling options.

Another significant advantage that should be considered is the usability of the protocol. The network was designed to meet the needs of the expanding web 3 atmosphere. It provides users and developers with multiple ways to create and represent their projects while improving user engagement.

How Does Aptos Work?

Aptos is a layer 1 blockchain that leverages a PoS consumes to remain stable. In a PoS network, network users stake their tokens to secure the blockchain. This approach is often more democratic because it eliminates the need to buy expensive miners or learn specialized mining software.

The Aptos blockchain uses a new programming language called MOVE. MOVE was originally developed by Facebook (META) for programming smart contracts. The platforms-agnostic language was designed to improve programmability through the ability to leverage shared tools, libraries, and much more.

The MOVE Virtual Machine is where developers create advanced smart contracts, dapps, and networks. Cloud computing software leverages the decentralized nature of the network to improve responsiveness and security. The MOVE VM was designed to work directly with the MOVE programming language to enhance creation times.

The Aptos Incentivized Testnet helps to keep the blockchain free of buggy programs and enables developers to test their work in a real environment. The network consists of test node validators. Their primary goal is to scour the network’s smart contracts for bugs or potential upgrades. Only once a dapp operates securely on the testnet, will it make it to the mainnet.

The PetraWallet is a free and easy-to-use option for crypto users. You can store your favorite tokens, NFTs, and stablecoins in one convenient location. The wallet operates like Firefox in that its available as a browser extension. Browser extension wallets are ideal for web 3 usage. Best of all, the Petra Wallet is free to download.

One of the core concepts behind the Aptos approach to the market is the AptosNames features. This option enables users to secure an .apt domain of their choice. The main advantage of this approach is that its human readable, making it so much easier to share. This strategy helps new users get acquainted with the crypto market by preventing easy mistakes like sending crypto to the wrong address.

The APT token is the main utility of the system. APT is used to pay fees and use network functions like the creation of AptosNames. APT was designed to serve multiple roles including as a governance and rewards token. It can also be used to send value globally in a permissionless manner.

The Aptos BFT PoS consensus mechanism is a customized version of the HotStuff consensus created for the DIEM blockchain. The protocol integrates BFT functionalities to ensure it can function even if network nodes turn malicious. The system improves performance considerably with bench tests putting the speed of the network at +100,000 tps.

The history of the Aptos project begins many years prior at the DIEM project. DIEM was Facebook’s blockchain network that never took flight. The project leverage billions in Facebook funding to research and develop network technologies to support scalability and performance. Aptos was born from that research. Notably, many of the network’s developers are from the DIEM project directly. Today, Aptos is supported by Aptos Labs and the Aptos Foundation.

How to Buy Aptos (APT)

Currently, Aptos (APT) is available for purchase on the following exchanges.

The Aptos project is another example of how developers are reshaping their approach to meet the needs of the changing web 3 environment. The protocol’s extreme performance, coupled with low fees and programmability, continue to make it an option to watch. For now, you can expect more developers to venture into the project as human-readable names are sure to draw fresh users.