Investing In 0x (ZRX) - Everything You Need to Know - Securities.io

0x (ZRX) operates as a liquidity aggregator across various decentralized exchange (DEX) networks. The protocol enables the peer-to-peer exchange of DeFi assets in a cost-effective and frictionless manner. To accomplish this task, the developers introduced a standard protocol to the market that simplifies the tokenization of assets DeFi blockchains. Interestingly, 0x is a reference to the first letter of Ethereum wallets, 0x.

Since its launch, 0x has been met with market interest. The platform has continually expanded its market positioning since 2017 and now supports multiple networks including Ethereum, BSC, and Polygon. Today 0x operates as the back-end DEX protocols for over 30 projects. Additionally, there is a variety of Dapps that integrate the 0x API to provide secure DEX data.

What Problems Does 0x (ZRX) Attempt to Fix?

The developers behind the 0x concept wanted to help alleviate some of the stress Dapp developers and token users face. At the time of launch, the Ethereum token ecosystem was experiencing record growth. There were new tokens launching daily. However, there was a lack of reliable and secure DEXs in operation. This is where 0x found its niche market. 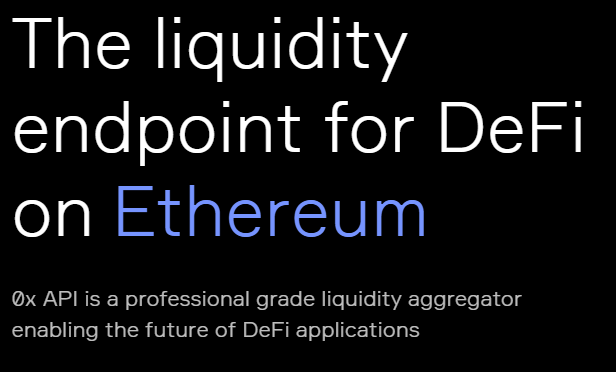 0x enables anyone to operate create, launch, and operate a DEX. Developers can save time and money by utilizing the various smart contracts created by 0x. In this way, the platform has helped further Ethereum’s adoption. It has also enabled anyone to operate a DEX, which has resulted in an explosion in the number of DEXs in the market.

There are a lot of different benefits that 0x brings to the market. For one, the project is open source. The platform has undergone intense scrutiny from the Ethereum community and has been found to be coded securely. It’s also decentralized. The system operates as coding with no central authority to block or prevent transactions.

One of the main advantages of 0x is its ability to find the best prices for traders. Since 0x users can get pricing from off-chain DEX networks, it’s able to scan all available options. This strategy allows the system to discover the absolute best price on every trading pair. As part of this strategy, it combines liquidity across the entire market. This is only possible thanks to its advanced API (application programming interface).

One of the best features and probably the biggest draw to the 0x platform is the fact that it has close to no fees. There are no fees to use the protocol for developers. They simply pay the gas fees for the network. The protocol is able to reduce fees significantly thanks to the integration of an off-chain relay with an on-chain settlement system. Keenly, this strategy also helps to reduce congestion.

There are a lot of cool features that 0x DEXs can integrate. For example, the network supports end-to-end orders. End-to-end orders are user-specific. Only the person you decide can fill the particular order.

How Does 0x Work?

0x utilizes bridge contracts to tap into the liquidity pools of both on-chain DEX networks. The protocol is designed to scan all the top DEXs including Kyber, Uniswap, MakerDAO’s Oasis, and many more. The platform combines Relayers and DEXs in a unique way to provide a seamless trading experience to users.

Relayers are users that create a DEX using the 0X protocol. They hold a couple of responsibilities to the rest of the community. For example, they must host off-blockchain order books. For their assistance, they receive rewards derived from fees. Notably, Relayers can decide the fees for their services. Notably, the Relayers never hold assets directly. 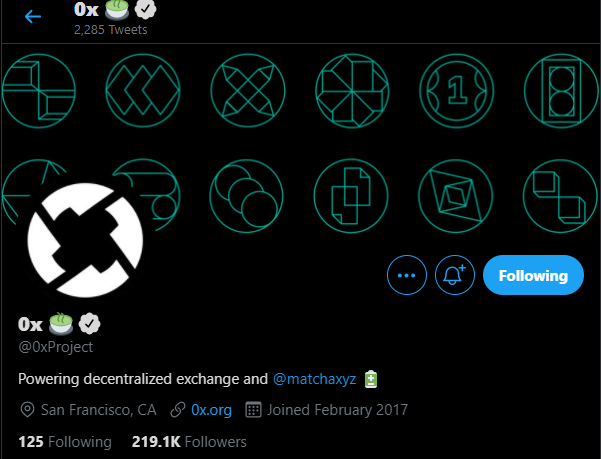 As part of their strategy to simplify DEX launches, the network offers the 0x Launch Kit. These tools help users create personalized DEXs. The interface is easy to navigate and makes it simple to set the fees and other vital components of your DEX. For example, you can choose your fee structure.

The 0x OTC is a peer-to-peer exchange protocol for DeFi tokens. It doesn’t require a Relayer. Over-the-counter crypto trading services have been around since the dawn of the industry. The 0x OTC helps make these transactions more secure. However, it does require a direct connection with the counterparty.

ZRX is the main governance and utility token for the 0x ecosystem. The token launched in August 2017. Users pay fees and interact with the network’s services using ZRX. There is a total issuance capped at 1 billion tokens for the project. Also, you need to hold ZRX to gain voting rights via the network’s community governance system.

The 0x network integrates a community governance mechanism that enables token holders to put forth proposals regarding the future development of the network. These proposals are then put to a vote. The more ZRX tokens you hold, the more weight your vote holds. Community governance protocols help to keep projects in tune with their users. Notably, when a proposal gets voted into effect, the system will also issue out the funding from the community wallet. All of this is done via smart contracts and requires no human interaction.

This style of governance was first championed by the Ethereum DAO. Today, community governance features are common in the DeFi market. They help keep the community in unison and ensure that the top invested users have a say in the project’s developments.

0x was an early contender to the DEX market. The concept for the project first came to light in 2016. That was when the firm’s CEO, Will Warren, and CTO, Amir Bandeali joined forces to make the concept a reality. Notably, both founders have a history in tech and finance.

Will Warren received a degree in Mechanical Engineering from UC San Diego. He also has worked as a researcher on applied physics in the National Laboratory at Los Alamos. He is well known in the blockchain community. Notably, he won first place in the Proof of Work competition of 2017. Warren also served a role as the technical advisor for BAT (Basic Attention Token). Amir Bandeali received a degree in Finance from the University of Illinois in Urbana-Champaign. From there he went on to serve as a trading specialist at Chopper Trading and DRW.

The combination of these two experienced and well-known Ethereum community members helped the project to garner support from the market. Notably, this support came largely in the form of advisors. Notably, advisors for the project include Fred Ehrsam, the co-founder of Coinbase, and Joey Krug, the co-CIO of Pantera Capital.

0x launched an Initial Coin Offering (ICO) in August 2017. The event was a huge success with the platform securing $24 million in under 24 hours. This funding helped 0x continue on its trajectory as a major player in the Ethereum ecosystem.

There are a lot of cool platforms that rely on 0x to keep their users engaged and their systems functioning securely. The protocol is now a vital component of the Ethereum market. Here are some of the most notable platforms powered by 0x today.

NUO is a non-custodial DeFi lending platform. It eliminates the bank as the lender and allows regular users to lend out their digital assets. In exchange for their services, they receive rewards in the form of interest payments. You can also conduct trades using the networks DEX. Notably, this platform supports margin trading.

ZERION is a DeFi investment interface. The platform simplifies DeFi staking, yield farming, and managing your liquidity pools. Users can see all the top gainers in the market at a glance using this interface. You can search, filter, and evaluate every single DeFi asset on the market. You can also buy and sell digital assets securely.

Fulcrum is an ERC-20 based platform that offers tokenized lending and margin trading to Ethereum users. The platform offers a privacy-centric approach to DEX trading and includes some advanced trading ventures such as margin trades. The protocol is secure and non-custodial as well. Users can enjoy a frictionless trading experience with positions that automatically renew and zero rollover fees.

0x (ZRX) is available on the following exchanges:

The exchange offers trading access to over 190 countries including Australia, Canada, Europe, and is our most recommend exchange for USA residents.

Binance – Best for Australia, Canada, Singapore, UK and most of the world. USA residents are prohibited from buying 0X (ZRX). Use Discount Code: EE59L0QP for 10% cashback off all trading fees.

Over the last four years, 0x has done its part to simplify the launch of DEXs. The network’s unique strategy has helped it to become a core platform within the sector. Ethereum has remained the top DeFi and NFT protocol in the market, but others have emerged. As such, 0x’s multi-network strategy has helped the network to remain a valuable tool that developers can easily access to create a better user experience for everyone.