Helium Hotspot Count Surges while the Project Teams Up with Another Partner - Securities.io 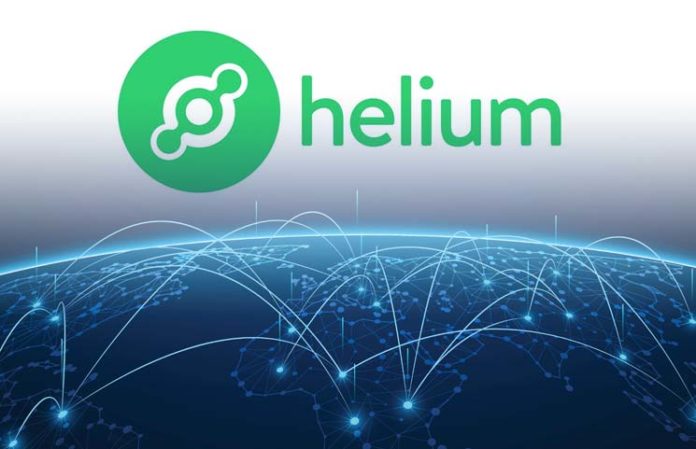 Helium is a decentralized blockchain-powered network that aims to use its mainnet to allow low-powered wireless devices to communicate with one another and send information to the blockchain in real-time. This has always had great implications, as combining this technology with IoT sensors and similar devices can offer invaluable data to services that require it. More than that, it can feed real-world data in real-time to smart contracts, dApps, and alike, allowing them to immediately react to changes.

WeatherXM teams up with Helium

The most recent development, reported on June 29th, is the arrival of WeatherXM to the Helium ecosystem. WeatherXM is a Greece-based company that is now incentivizing users to deploy Helium-compatible weather stations and provide accurate, hyperlocal weather data.

WeatherXM can use those stations to collect the data, process it, and make it universally accessible. In doing so, it can create impactful changes for a number of industries that depend on being able to predict short-term weather conditions accurately, such as agriculture.

And, best of all, thanks to IoT devices and Helium’s ability to turn nodes into Hotspots, these weather readings can now come even from areas that were previously inaccessible. WeatherXM already shipped the first batch of over 1,000 WiFi weather stations to users around the world. However, due to the spiking demand, the company is currently in the process of manufacturing more of them. Plus, it is also trying to improve the new version of the weather stations by expanding their range.

The devices will have a direct link to Helium, which will make them even easier to deploy, and Helium will be able to harness the data that they are collecting faster. Similar reports of sensor node production have been arriving from other sources too, as there are more and more users willing to help out by placing sensors around in order to help improve the network. The ability to convert existing LoRaWAN Hotspots into 5G Hotspots has also attracted many in the Helium community.

Are you ready for @helium 5G? Impressive setup by the community ready to mine $MOBILE pic.twitter.com/alATcWmCWc

Why did WeatherXM partner with Helium?

As for WeatherXM, it noted that it selected Helium for multiple reasons, such as the shared passion for building decentralized networks and special infrastructure owned by the community. Other reasons that the company listed is the rapidly-growing worldwide coverage, low cost of data transmission, the ability to reach places where cellular coverage is poor, or even completely non-existent, and alike.

Manolis Nikiforakis, the CEO of WeatherXM, noted that the Helium network enables WeatherXM’s stations to be deployed in areas where that was not possible in the past. As a result, the company can continue to pursue its goal of covering the entire planet with weather sensors. Nikiforakis further noted that the two companies share the same set of values, as well as a common view of the world, which is why he believes that their communities are highly compatible, as well.

To learn more visit our Investing in Helium guide.

Blockchain Project Helium will Enable the Mining of MOBILE Tokens