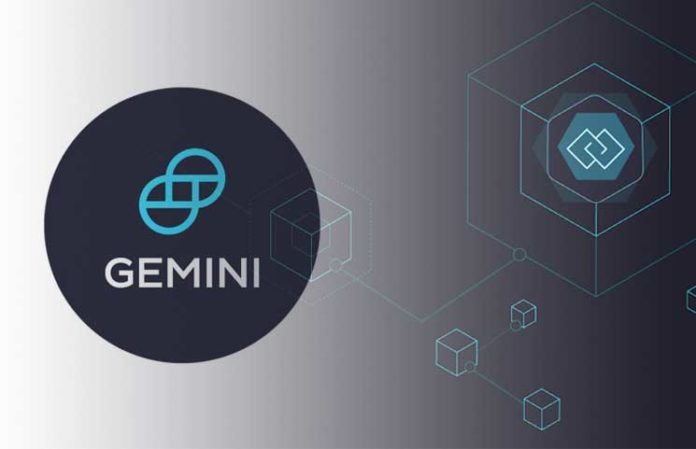 So far, the Central bank of Ireland has issued this license to 18 organizations. Some of the other firms that have received similar licenses include Coinbase, Stripe, Square and Meta (formerly Facebook).

The e-money license issued to Gemini was applied for in early 2020. However, the Central bank of Ireland has not issued any organization with this license since October 2020.

With this license, Gemini is now authorized to offer electronic money services, issue electronic money and handle electronic payments available for third parties. The license will also allow Gemini to offer these services in European countries. These countries are members of the European Union, including Norway, Iceland and Liechtenstein.

Gemini is already regulated to offer its services to European Economic Area countries. The exchange is also approved by the UK’s Financial Conduct Authority (FCA), allowing it to offer services in the UK market.

Gemini is one of the most compliant cryptocurrency exchange platforms. The exchange has received licenses from different jurisdictions. Moreover, it also has a large trading volume. During the past 24 hours, CoinMarketCap shows that Gemini recorded trading volumes of above $137 million.

As one of the largest players in the cryptocurrency sector, Gemini is also committed to initiatives that will promote the growth of the space. The exchange partnered with Coinbase and Block (formerly Square) to form the Crypto Council for Innovation. The exchange said that it had spent $120,000 in lobbying activities in the US during the second half of 2021.

Gemini has significantly grown its presence in Ireland. The exchange launched its office in Dublin early last year. It hired the former executive at the Leveris Irish banking platform, Gillian Lynch, as the head of its division on Ireland and Europe. Binance also unveiled three subsidiaries in Ireland in September. Other crypto firms that have set up businesses in Ireland include Kraken and Ripple.

The growth of cryptocurrency activities has been higher than the rate at which regulations for this sector are being created. This has created concern across Europe. In the UK, the FCA was given more power to oversee the cryptocurrency sector, and exchanges that want to operate in the UK market need to be granted a license by the institution.

Currently, crypto regulations in Ireland fall into the hands of the Central bank of Ireland. The institution oversees the anti-money laundering laws for virtual asset service providers (VASPs) operating in the country.

Europe is also considering the launch of a central bank digital currency (CBDC). Many countries have already announced plans to launch their own CBDCs to transform the economies of these countries so that they are more digital-savvy. Its counterpart, the UK, is also holding discussions to launch a digital pound.