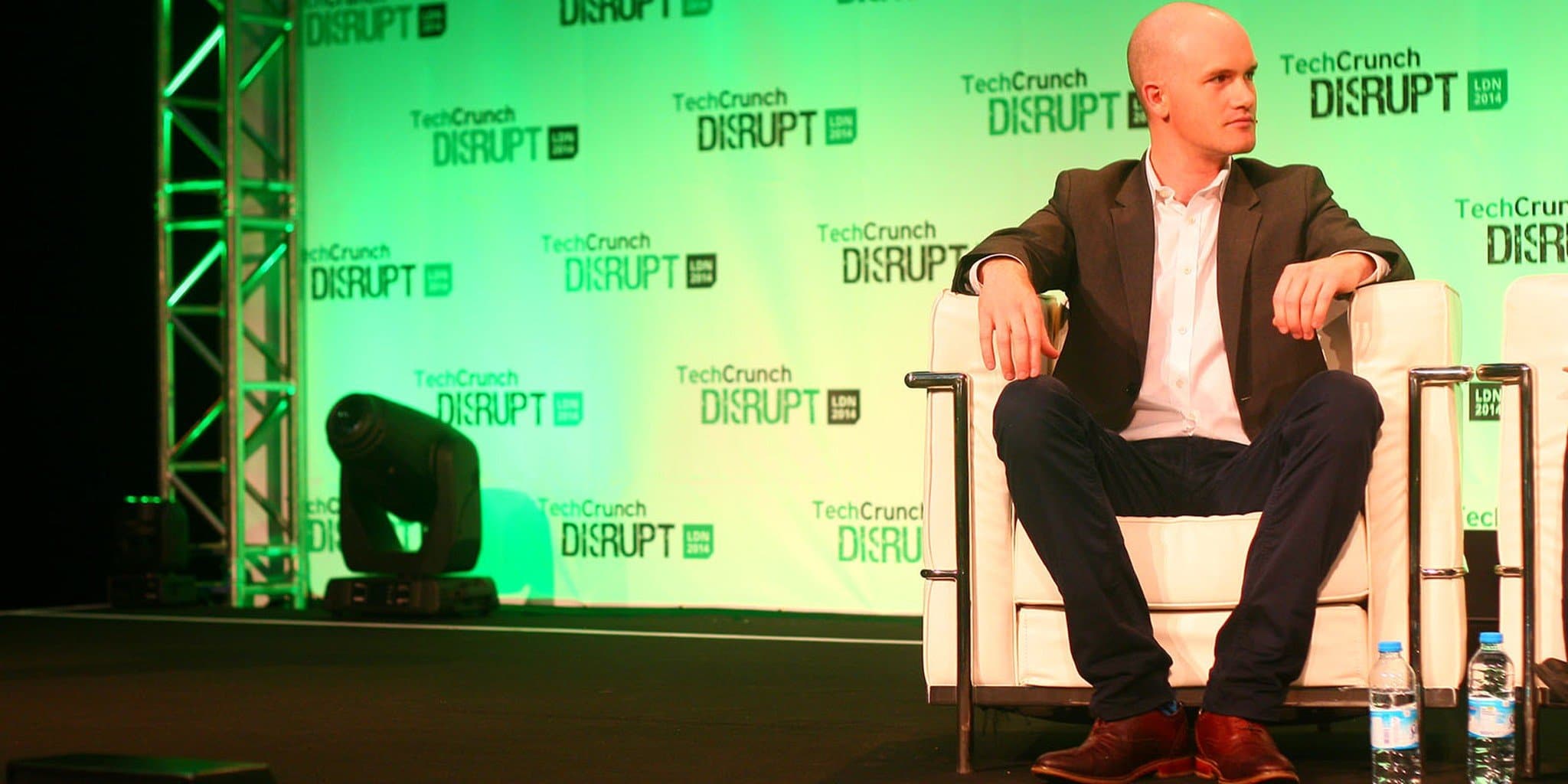 Speaking recently on the future of Security Tokens was Brian Armstrong.  Hosted by TechCrunch, Disrupt 2018 San Francisco offered a perfect platform for Armstrong to convey his future vision for this new asset class.

During his time on stage, Armstrong touched on various aspects of the industry.

When asked about Bitcoin price actions, Armstrong was quick to convey that he is not concerned with the short term.  The market is still emerging and he encourages investors to think long term.  Due to the cyclical nature of the market, this current slump will be looked back upon as a minor bump in the road.

Not content with the status quo, Brian Armstrong laid out his vision for the future of Coinbase.  Here are a few key takeaways from his time on the mic:

These points were made, keeping in mind where the market currently is.  Armstrong indicated he believes we are moving from an investment phase in crypto, to a utility phase.  A utility phase being a point in time where consumers begin actually using platforms and services for their intended purposed.

He describes the state of the internet as being in its third phase.

With the internet transitioning into this 3.0 era, Armstrong believes that most any charity, start-up, fund, or Dapps will benefit through the issuance of a security token.  Coinbase plans to facilitate this progression.

It is no secret that Coinbase will eventually offer security tokens.  Beyond simply voicing this decision, the wheels were already set in motion earlier this year.  Announced in June, Coinbase acquired securities broker/dealer Keystone Capital.

By acquiring an existing securities dealer, Coinbase immediately inherits a wealth of experience in the sector.  This will be crucial in the coming months/years as Coinbase looks to work with the SEC and eventually offer tokenized securities themselves.

Based out of Seattle, Coinbase was founded in 2012.  Since inception, they have gone on to become an industry leader.  This has been made possible through a constant improvement of their platform, and expansion of services offered.  We have seen growth from a simple wallet to a self-described tech company offering index funds, custodial services, and more.

Closing out his time at Disrupt, Armstrong did not rule out a future where Coinbase goes public.  He indicated that it would be very ‘on-mission’ if they were to do so via blockchain.  Coinbase as a tokenized security – although years away (if ever), is a tantalizing idea.

How Coinbase Keeps Building with Brian Armstrong (Coinbase)
Related Topics:securitiestechcrunch
Up Next

Talketh – Blockchain Communications for All