Top 15 Tokens Running on Polkadot Blockchain that you Should Watch in August 2022 - Securities.io 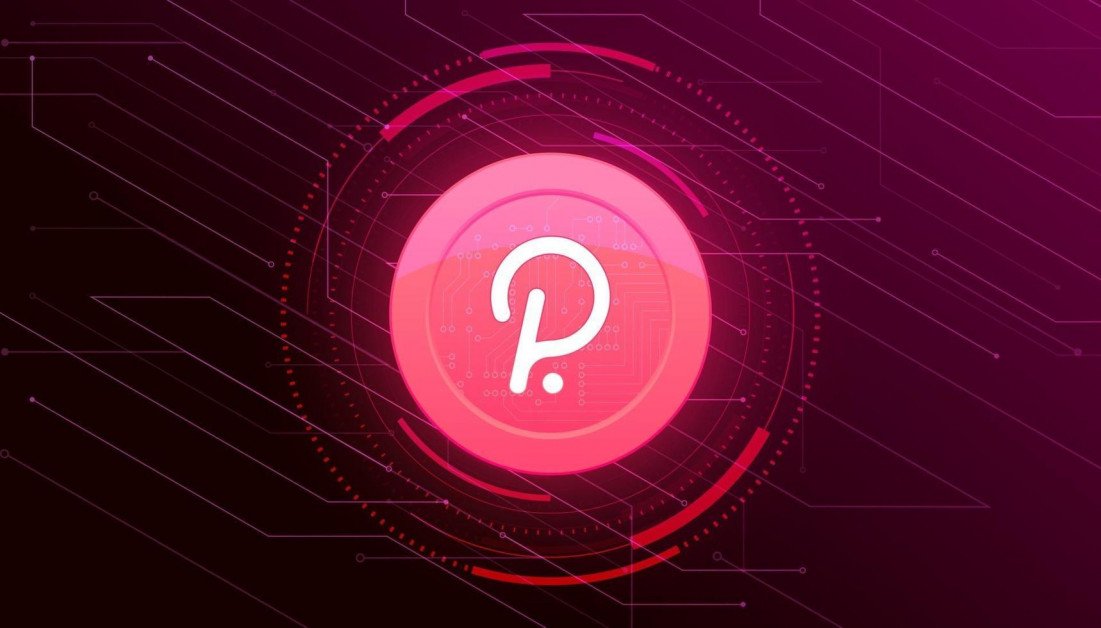 Polkadot is one of the most scalable blockchains in the crypto industry, which led plenty of developers to build their own projects on its network. As a result, Polkadot’s ecosystem is rapidly developing, becoming richer with projects of all kinds and bringing in more people interested in those projects.

But, if you wish to invest in Polkadot projects, there are always some that have more potential than others, and today, we decided to present you with our own top 15 picks to keep an eye on in August 2022.

The top project on our list is, of course, Polkadot itself. This is an open-source sharded multichain protocol that was created to increase scalability and make a major step towards interoperability. It managed to do both of these things by creating parallel chains that run alongside its blockchain, called parachains.

Parachains are used to take over a portion of the processing work from the main chain, thus preventing it from becoming overburdened with transactions. In addition, parachains can connect to different blockchains and achieve interoperability, and even serve as blockchains for different projects. The DOT token is at the heart of the project, powering it, rewarding community members, allowing for staking, and even facilitating governance.

Kusama is a project that is nearly identical to Polkadot, and it was developed to serve as a canary network for it. Essentially, this is where developers work on their projects, test them, and only migrate them to Polkadot when they are ready to be deployed. The two are closely connected, and so Kusama’s KSM token is also a part of Polkadot’s network.

The value of KSM lies in the fact that many projects simply opted to remain on Kusama’s network, turning it from a canary network into a legitimate blockchain with its own ecosystem.

To learn more visit our Investing in Kusama guide.

Next, we have Moonbeam, which is an Ethereum-compatible smart contract parachain running on Polkadot. The project allows developers to use popular Ethereum tools to build blockchain products or redeploy Solidity-based projects in a Substrate environment.

But, this is more than just another EVM implementation. Moonbeam is a highly specialized parachain that mirrors ETH’s Web3 RPC, keys, accounts, logs, subscriptions, and more. As such, it is very valuable to Polkadot and its own ecosystem, featuring unmatched Ethereum compatibility.

To learn more visit our Investing in Moonbeam guide.

MXC is a project that was originally founded in 2018 as a non-profit organization. Over the years, it evolved into a project that aims to reshape blockchain and AI industries by building a decentralized, free global data network. Today, the project features a robust mining community and the collective power of the growing MXC supporter base.

Its miners use the only Low-Power Multi-Token Miner in the world — the M2 Pro Miner. With it, they can intertwine and use the metaverse to build the largest Low-Power Wide Area Data Network. The network can be utilized for real-world adoption, empowering Web3 and offering a mix of blended reality metaverse infrastructure to make data transmissions easier, even in larger quantities.

To learn more visit our Investing in MXC guide.

In the fifth spot, we have Ren — an open protocol created to provide liquidity and interoperability between different blockchains. Back in 2020, the project launched its virtual machine mainnet, RenVM. It also features its own token, REN, which serves as a bond for the users running nodes that power the network, which are called Darknodes.

Ren now plans to expand its interoperability and to an extent, accessibility and bring DeFi to blockchains and ecosystems that were prevented from growing their own DeFi sectors due to various hurdles that are involved with the process.

To learn more visit our Investing in Ren guide.

The sixth on the list is Celer Network, which is another blockchain interoperability protocol that aims to offer a one-click user experience accessing tokens, NFTs, DeFi, GameFi, governance, and other products, across multiple blockchains. Using the network, developers can build inter-chain-native decentralized applications and access efficient liquidity utilization, among other benefits.

This will bring a fundamental change to how multi-blockchain dApps are built and used. Developers will no longer have to deploy multiple isolated copies of smart contracts running on different networks, but create a single inter-chain-native dApp and make it available everywhere through integration.

To learn more visit our Investing in Celer Network guide.

Moving on, we have Astar, which is a decentralized application hub running on Polkadot. The project supports Ethereum, WebAssembly, as well as various Layer 2 solutions, such as ZK Rollups. The project’s goal is to become a multi-chain smart contract platform that can support a variety of blockchains and virtual machines.

The problem with Polkadot Relay Chain is that it doesn’t offer support for smart contracts. As a result, developers who wish to build on Polkadot’s ecosystem are prevented from doing so. This is why it is crucial for the ecosystem to have a parachain that would enable this for all those who are interested in building on Polkadot.

To learn more visit our Investing in Avatar guide.

Halfway down the list, we have Polkastarter. It is another interoperability project, only this one acts as a platform created to offer an easy-to-use launchpad for cross-chain token pools, auctions, and alike. The project is the most beneficial for early-stage blockchain projects that wish to raise capital and distribute their tokens without difficulties.

The project’s token POLS plays a massive role in its ecosystem, offering a variety of use cases. It allows liquidity mining, paying transaction fees, governance, gaining eligibility to join POLS-holder-only pools, and more.

To learn more visit our Investing in Polkastarter guide.

Next, we have Aleph.im, which is an open-source cross-chain network featuring a decentralized database, including computing, file storage, and a decentralized identity framework. The project’s long-term goal is to allow dApps and decentralized protocols to strip off the last bits of centralization, finally enabling fully decentralized architecture.

In doing so, the project is also trying to supercharge the DeFi ecosystem. Aleph.im represents a unique blend of offchain and on-chain decentralized technologies. Its network is offchain, but it can only be interacted with using the blockchain. As a result, the project managed to achieve unrivaled levels of security and advanced crypto-economics.

To learn more visit our Investing in Aleph.im guide.

In the 10th spot, we have DIA or Decentralized Information Asset. DIA is a Polkadot-based, open-source oracle platform that enables access to trustable data, which market actors can source, supply, and share as they please. The project’s intention is to be a go-to ecosystem for open financial data in the smart contract ecosystem, end to connect data providers, data analysts, and data users.

Generally speaking, the project offers a reliable and verifiable bridge connecting on-chain smart contracts and off-chain data sources. In doing so, it allows for the creation of all kinds of financial dApps and similar blockchain products that depend on accurate information delivered in real-time.

To learn more visit our Investing in DIA guide.

Moving on. We have CLV, also known as Clover Finance. This is a blockchain operating system that offers a one-stop, easy to use blockchain infrastructure and EVM-compatible framework for applications developed on Substrate. As such, Clover is another offspring of the Substrate-based parachain, which wishes to act as a bridge that would eliminate the compatibility gap when building and operating across blockchains.

The project was made to offer more than a single service, and in fact, it was built as an entire blockchain operating system. Its network features its own storage layer, DeFi protocol layer, smart contract layer, and even a dApp layer.

To learn more visit our Investing in CLV guide.

Moving on, we have Phala network. This is a privacy-oriented cloud computing service, which aims to provide computing power similar to what centralized cloud services can offer. However, Phala Network aims to offer a much more privacy-preserving approach and ensure that its users can keep their privacy.

To learn more visit our Investing in Phala Network guide.

In the 13th spot, we have Energy Web token, which is a cryptocurrency that runs on Energy Web Chain. THis is a blockchain-based VM created to enable application development for the energy sector. Blockchain and energy sector have been establishing connections with one another for years, and this project is now furthering that connection by employing blockchain technology and its decentrlaized power to allow the energy sector to create new decentralized solutions.

The project was launched in June 2019, and with allowing energy sector actors to launch dApps, it can offer benefits to actors from all areas of energetics, such as software developers, grid operators, vendors, and more.

Nearing the end of the list, we have a project called OriginTrail. This is the first Decentralized Knowledge Graph in the world, and it aims to organize humanity’s most important assets, make them easy to discover and verify, and in doing so, allow them to discover their real value. That can include any kind of physical assets, such as art, fashion, supply chains, education, healthcare, and more, and connect it to the digital world, including blockchain technology and its products like smart contracts, metaverse, NFTs, GameFi, DeFi, and alike.

To learn more visit our Investing in OriginTrail guide.

Finally, we have RMRK as the last on our list. This is a project that is a part of Polkadot and Kusama, and its goal is to expand the NFT strategy. It is also a way to use Kusama’s system-remark extrinsic to write custom notes onto the chain in a structured and standardized way. Its native crypto, RMRK, is a currency in its own metaverse, but it also prevents fungibl token spam, serves as a governance token, and much more.

It can be used to fund user accounts, power applications, curate galleries, act as a collateral in DeFi protocols, and alike.

To learn more visit our Investing in RMRK guide.

With that, we conclude our list of top 15 Polkadot-based cryptocurrencies to keep an eye on this August. As you can see, the list is quite diverse, and there are plenty of projects for everyone, depending on where your interests lie. Hopefully, one or more of these will be interesting enough for you to give them a look over, and potentially, if you believe that they have potential, even invest in them.

Top 13 Breakout Altcoins to Monitor in the Coming Months