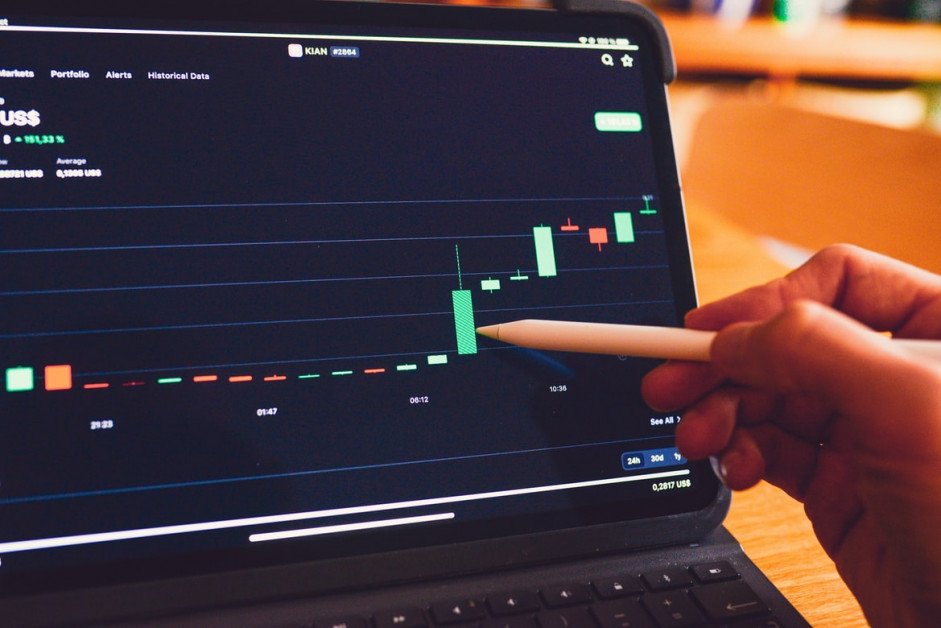 Investing in Bitcoin these days can still be profitable since BTC is one of the few coins that will surely stick around in the long term. However, when it comes to newer cryptocurrencies, the potential for earning big money can be just as great — if you can identify the ones that will stick around.

You see, new coins still have very low prices, as they are only getting started, and they are still far from reaching their full potential. When it comes to Bitcoin, nobody can tell where its full potential is. It will not be used as a global currency — its limited technology will make sure of that. However, Bitcoin can still become digital gold, a digital store of value, which might mean that each coin might be worth anywhere from $100,000, or $1,000,000. However, this might not necessarily happen.

However, with new cryptos that have valuable use cases that will ensure that they will stick around, we know that their potential is much higher than where they are right now, as they didn’t even start reaching for it yet. So, buying these coins that are young today is almost guaranteed to bring great profits in the future. With that said, here are 10 that we believe might see that happen, which is why we believe that investing in them now, in May 2022, can be profitable.

The first on our list is Avalanche, which is a blockchain project specially created for smart contracts. In fact, Avalanche claims to be the fastest project when it comes to time-to-finality. Whether or not it truly deserves that title is irrelevant — the fact is that it is extremely fast, very cheap to use, and best of all, it is eco-friendly.

Eco-friendliness is one of its most important traits, too. The growing awareness regarding the crypto industry’s role in polluting the world has led to a lot of criticism to projects that are harmful to the environment, and by ensuring that it doesn’t fall under that category, Avalanche has already gained an edge against projects such as Ethereum. Now, anyone who wants the best chain for dApps will go to it, as their chance of having their dApp adopted are greater, not only because of a better, faster chain but also because that chain is eco-friendlier.

Next, we have Shiba Inu, which is a relatively young coin inspired by the success of the original memecoin, Dogecoin. Shiba Inu emerged without real use cases, and just like DOGE, it was meant to be fun, interesting crypto. While at first glance this might mean that the coin is doomed, DOGE managed to survive among the top 30 cryptos for 9 years being the way it is, and last year, it even climbed to the top 5 list, to everyone’s surprise.

Then, Shiba Inu managed to outperform it and climb above it, after DOGE dropped down a bit. In other words, memecoins don’t play by the usual rules, as their entire nature and purpose is completely different, which is what makes them so popular and high-ranking, despite the lack of real use cases.

To learn more visit our Investing in Shiba Inu guide.

Moving on to the third spot, we have Axie Infinity. This is a metaverse project, and currently the largest blockchain-based game out there, and it is only getting started. Axie Infinity offers a digital world where players can buy NFT-based creatures called Axies, and use them to battle others. If they win, they receive rewards in the project’s native coin, AXS.

Axies can be bought or sold on third-party NFT marketplaces, and players can also upgrade them with over 500 different body parts. In addition to that, they can also breed them to mint new NFTs, which can be sold or upgraded and used for battle. With blockchain gaming blowing up, this is one of the projects with the largest potential for those who wish to profit from their investment in a relatively short term.

In the fourth spot, we have Arweave, which is a decentralized storage network that wishes to offer a platform where data can be stored indefinitely. It describes itself as a collectively-owned hard drive that never forgets, and it hosts the permaweb, which is a permanent, decentralized web with numerous community-driven apps and platforms.

Arweave is one of the projects that will see a lot of use when Web3 development reaches its peak, and decentralized internet becomes a norm, which is the crypto industry’s current goal.

To learn more visit our Investing in Arweave guide.

In the fifth spot, we have an interesting project called STEPN. STEPN describes itself as a Web3 Lifestyle App, featuring GameFi elements. Basically, it uses a play-to-earn model in combination with a fitness app to create a brand-new category called move-to-earn.

What it actually does is that it offers sneaker NFTs, and by purchasing them and then simply walking around, players can raise their step count and earn money for it. It incentivizes users to walk more by giving them monetary rewards for it, which can lead to a healthier lifestyle and a bigger amount of money in your wallet.

To learn more visit our Investing in STEPN guide.

Next, we have another metaverse game called Illuvium, which describes itself as the first AAA title on Ethereum’s network. Illuvium is a game that combines a lot of things, including open-world exploration, PVP, play-to-earn, and more. It is a Pokemon-like game that offers a vast world filled with creatures called the Illuvials. Players can capture these creatures by defeating them in battle, and after they nurse them back to health, they can use them to battle others.

It is an interesting game that offers not only hours upon hours of fun, but also the potential to earn, make friends, and be a part of a great and growing community.

To learn more visit our Investing in Illuvium guide.

The seventh project on our list is Band Protocol, which is a decentralized oracle network built on Cosmos. While Chainlink is the project that introduced oracles, its connections to Ethereum network are limiting its ability to dominate the industry. Band Protocol, on the other hand, can, thanks to Cosmos’s high scalability.

Of course, that doesn’t mean that Band will eliminate Chainlink, as the blockchain industry is certainly large enough for both protocols to see their fair share of use. Band Protocol’s value lies in its ability to bring off-chain data onto the blockchain, and in doing so, to deliver it to smart contracts and make them be more useful and efficient. Meanwhile, the data that it collects comes from numerous sources, and during the delivery process, it is compared in order to ensure that only the true information reaches the blockchain.

To learn more visit our Investing in Band Protocol guide.

Next, we have Audius, which is a project that wishes to revolutionize the music industry. According to the project, the current music industry is suffering from a number of issues, including the lack of clarity in terms of who should own music rights, as well as the fact that intermediaries who stand between artists and their communities charge way too much money for their services.

As a result, the music is expensive, the artists don’t earn as much as they can, and these companies take most of the money while doing the least amount of work. Audius offers a platform where creators can share their music freely, and their fans can access it for free, while the project rewards the artists. It also has plans to grant them the ability to offer premium content, but it would be significantly cheaper than it is now, and all the money would go to the artists.

To learn more visit our Investing in Audius guide.

Nearing the end of our list, we have ApeCoin. This is a very young cryptocurrency that runs on Ethereum network and acts as a utility and governance token for the APE ecosystem. As such, it incentivizes the APE community building at the forefront of Web3. Of course, as a governance token, it also allows users to vote on various proposals, or submit proposals on how to improve the network.

ApeCoin also grants users access to certain parts of Ethereum that would otherwise be unavailable, including exclusive services, games, and alike. The project has seen a lot of success thus far, and even now, at the time of writing, while the rest of the crypto industry is trading deep in the red, APE has surged by 16% in the last 24 hours alone.

To learn more visit our Investing in ApeCoin guide.

Finally, as our last entry, we have Cardano. While Cardano is not a new coin, in late 2021, it completed the second of its five development Eras, which brought smart contracts to its platform. In doing so, Cardano was practically reborn, and developers and users rushed to its platform.

With its coin receiving countless new use cases thanks to the ability to create all the most popular blockchain products, we expect its price to skyrocket once the market allows it. And, ADA is also a great long-term investment, given the fact that Cardano has 3 more Eras to go through before it finishes its roadmap.

And with that, our list is done. Every one of these cryptocurrencies is on our list because it has great potential for the future. We, of course, cannot guarantee that each one will live up to their potential, but it is there. Investing in them is a risk, true, but investing in anything is risky, and all you need to do is come up with a good strategy to manage that risk.

Of course, there are many other coins that have potential, with some of them maybe launching right this moment, while others are hidden in the sea of coins that will eventually disappear. If you wish to go looking for those, you may find some great gems. However, make sure to do your research before investing into anything, diversify your portfolio, and when you invest into something — make sure that you know what you are doing, and why you are doing it.

Related Topics:bitcoinCryptoethereumMarketNew Coins
Up Next