Top 10 Cryptos that might Double Your Investment by June 2022 - Securities.io 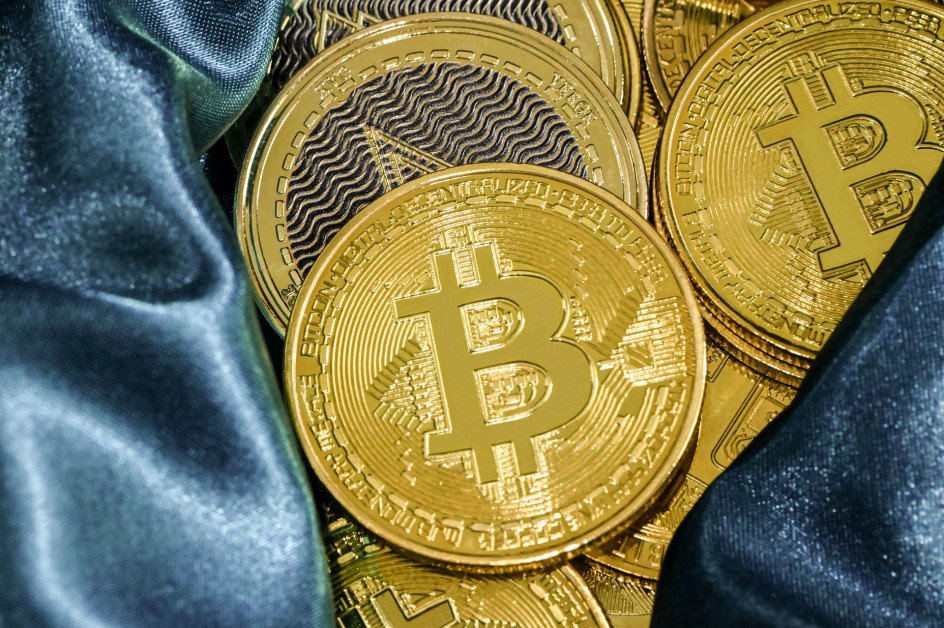 The cryptocurrency industry has seen quite a rollercoaster in terms of price activity in the last two years. March 2020 brought a sudden crash due to COVID-19, but the quick recovery encouraged people to turn to crypto as a safe haven. Bitcoin was, of course, the first and one of rare few to go above and beyond in late 2020 in terms of price growth, but the altcoin market followed in 2021.

The coins grew throughout the year, and while the prices saw a massive correction in mid-May 2021, the late summer sparked the second round, and the growth continued all the way to mid-November. By that time, Bitcoin, as well as many other coins, already hit new records. Unfortunately, the situation took a turn again after that, and the crypto market ended 2021 with a serious crash, that continued until late January 2022.

Since then, the market has been relatively stable, but any attempts at growth throughout the first quarter have been stopped by the still-dominant bearish market. Now, many assume that Q2 will finally allow the bulls to return, and if it happens, here are the coins that are the most likely to bring the highest returns on your investment.

The first on our list is Bitcoin, which probably doesn’t come as a surprise to anyone. Bitcoin is the first and biggest cryptocurrency out there. It is the leader of the crypto market, and the most dominant cryptocurrency, that commands nearly as much money as the rest of the market combined. As such, Bitcoin is the one that sets the trends.

With institutional investors massively buying any available Bitcoin, it is likely only a matter of time before the coin shoots up. All it needs is the right opportunity, and we have no doubts that it will smash the resistances that have been holding it in the lower $40k’s.

Ethereum is the crypto industry’s second-in-command and the largest altcoin on the market. It is also the father of smart contracts, dApps, DeFi, and every other product or trend that emerged in the crypto world from 2015 onwards. Now, granted, Ethereum has been struggling with the lack of scalability and high transaction fees, but it has also spent years developing Ethereum 2.0, which is expected to solve those problems. Or, at the very least, to reduce the blow.

With it still being the largest ecosystem for any blockchain product out there, we also expect the demand to skyrocket, and make its price do the same, as soon as the market allows it. And, when it comes to ETH 2.0, the anticipation of the upgrade alone would likely be enough to send its price to the moon, under the right market conditions.

To learn more visit our Investing in Ethereum guide.

Cardano is a project that has been working on developing its features silently for years, and in October 2021, it finally launched its smart contracts. Being a trusted project, and technologically far more capable than Ethereum, it immediately started drawing in the crowd. Unfortunately, soon after the smart contracts went live, the crypto industry suffered its second massive price crash due to the return of the bearish market.

As a result, Cardano’s ADA never truly achieved its potential, so even now, we can’t tell how high it can go, with all the new utilities that the smart contracts and other blockchain products that emerged have brought. But, we are looking forward to finding out, as soon as the bull market returns.

In the fourth spot, we have Axie Infinity, which has been the largest metaverse game for quite a while now. Its dominance in the blockchain gaming sector did not go unnoticed, and the project’s popular game, containing Pokemon-like monsters in the shape of NFTs that players can buy, sell, train, breed, and use for battle has been quite interesting.

Of course, the possibility to earn from playing a game has attracted many, and Axie has done quite well for itself. With that said, the current bear market has been dominating for nearly 6 months, during which Axie kept onboarding new players, so we would be interested to see how high its price can soar once the bear market ends.

Halfway down the list, we have Decentraland, which is one of the oldest metaverse projects out there. Decentraland has emerged far before the metaverse became a trend, and in that time, it did not only develop its project to an impressive level, but it also created a massive community, as well as a strong reputation.

The possibility to buy NFTs, each of which secures a digital plot of land in its digital universe, comes with plenty of possibilities. You can develop games, build software, start a company, and even organize virtual events and meet-ups, all of which have even been used by organizations and companies, with the Australian Open being the prime example of it. Needless to say, we expect the Metaverse to remain the dominant project in this field and see quite a price surge in the future.

Moving forward, we have Polkadot — a project that attempted to solve the scalability issues of the blockchain industry through the introduction of its own unique solution — parachains. Parachains, or parallel chains that run alongside the main chain, can be used to offload some of the work that the network needs to process.

Apart from that, they also offer the ability to connect Polkadot to other blockchains and establish interoperability. By creating a vast network with its own project at the center of it, Polkadot may very well be one of the largest contributors to the creation of Web3 — a decentralized version of the internet that would run exclusively on blockchain.

Solana emerged in response to the growing scalability problems seen on Ethereum, which led to massive fees that do not differ much from regular bank transfers. Determined to offer a better network that could provide faster speeds and cheaper payments, Solana became the most scalable blockchain in the crypto industry, capable of processing 100,000 TPS. In fact, during the tests, it even went to 400,000, which ended up being its limit, as the network started struggling after that.

But, its potential quickly attracted projects and protocols, as well as all developers who were looking for a new home, outside of Ethereum. As the main Ethereum alternative out there, we definitely expect to see great success in Solana’s near future.

To learn more visit our Investing in Solana guide.

With the arrival of 2020, the pandemic, and the following lockdown, people started looking into ways to earn money through the crypto industry. While trading and investing definitely have the potential for that, trading was too risky and investing required a lot of time, patience, and discipline. The DeFi sector promised passive income in exchange for simply locking up your tokens in its protocols, which is what led to it exploding, first on Ethereum, and then everywhere else.

That explosion in interest lasts to this day, and with Ethereum being the largest DeFi hub, its biggest decentralized exchange, Uniswap, is also the crypto world’s largest DEX. As a result, the busier the DeFi sector becomes, the more work will Uniswap see, and the more will its own token grow.

Nearing the end of the list, we also have Avalanche, which claims to be the fastest smart contract platform in terms of time-to-finality. Not only that, but it manages to remain low-cost, as well as eco-friendly, which is another advantage that it has over Ethereum, whose PoW-dependence is both the source of its slow speeds, low scalability, and massive costs.

Essentially, Avalanche hopes to become a go-to place for smart contracts, and while it has multiple serious competitors, the crypto industry did not miss it and its potential.

Finally, as the last on our list, we have Hedera, which is the most used, sustainable, enterprise-grade public network that aims to deliver a decentralized economy that allows the creation of powerful dApps to both individuals and businesses. Hedera also seeks to be a more efficient and fairer system that would eliminate the flaws of other, older blockchains.

In other words, it is a project that aims to create solutions for the flaws of the first generation of blockchain and help this technology take the next step toward becoming more competent, convenient, and practical. In doing so, it will inspire more development and experimenting, which will lead to new solutions, and a richer ecosystem.

To learn more visit our Investing in Hedera guide.

With that, we conclude this list of the top 10 cryptos that might double your investment by June 2022. Of course, we can’t guarantee that they will, but if any coins can benefit from the potential bull run, we strongly believe that these are the ones to go for. Keep in mind, however, that the crypto industry is as unpredictable as it is volatile, and anything can happen in months to come, just like the strongest surges suddenly turned into massive crashes last year, the same can happen in the other direction.

Top 8 Web3 Coins to Keep an Eye on this Spring

How Long Until Twitter adds Dogecoin as a Payment Option? – Opinion