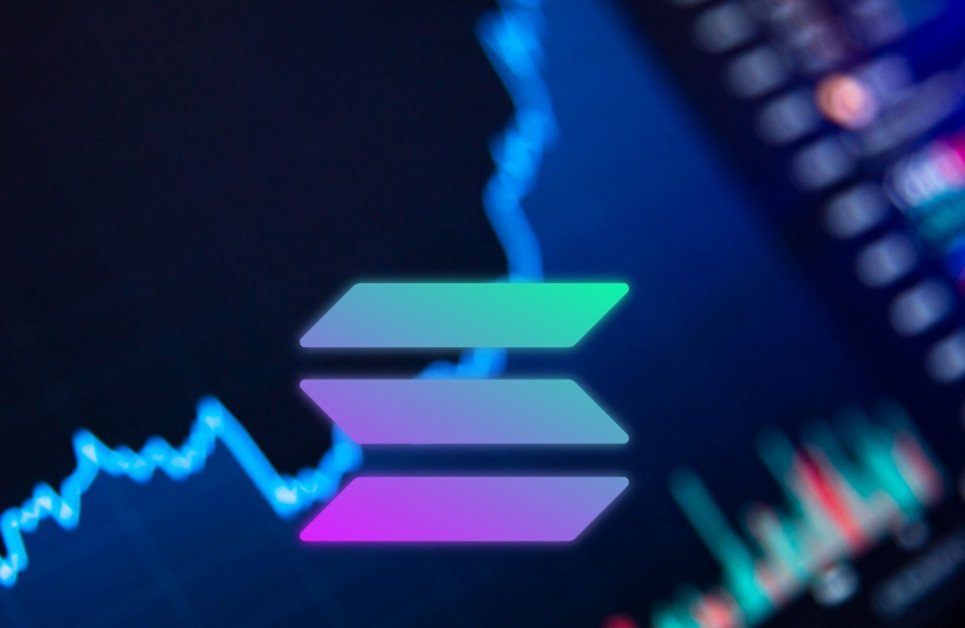 The announcement of Saga, Solana’s upcoming flagship phone, was the ecosystem’s most significant highlight in June. Earlier in the month, the Solana Foundation and Solana ventures jointly launched a $100 million investment and grant fund to support initiatives in various Web3 niches including blockchain gaming, DeFi and NFTs.

In the market, Solana’s token SOL charted a price course of three distinct phases in June, starting with a declining pattern that lasted until mid-month. The trend changed briefly before another extended decline towards the end of the month. Here’s a review of the price action and other performance metrics across the 30-day period.

The lowest Solana users paid on all days of the month was 99.92 SOL on June 13. This figure was notably higher than the minimum daily count in the previous month. Meanwhile, the daily active vote accounts exceeded 1,800 in June, reaching 1,807 vote accounts on June 30. 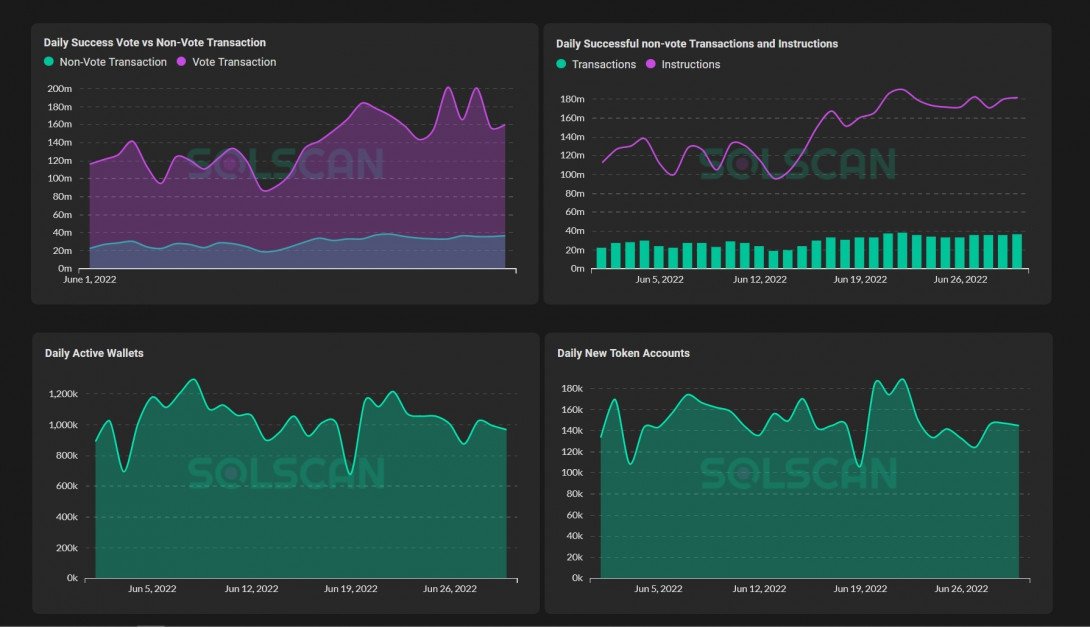 The number of daily active wallets rose inconsistently, dipping on two occasions. Start of the month, there were approximately 891,830 wallets. The monthly high came on June 8 but at 1,295.08k was slightly less than May’s peak of 1,3700.63 set on May 26.

For the first time since December 2021, the number of daily new SPL tokens recorded on the Solana blockchain surpassed 400, reaching a monthly peak of 446 new tokens on June 17. This rise peaked from a June low of 61 new token accounts on the first day of the month.

The number of non-fungible tokens (NFTs) minted on the Solana blockchain set an all-time high of 146.2k new NFTs on June 1o. Only 60.73k new NFTs were minted on the chain on June 19, marking the month’s lowest figure. 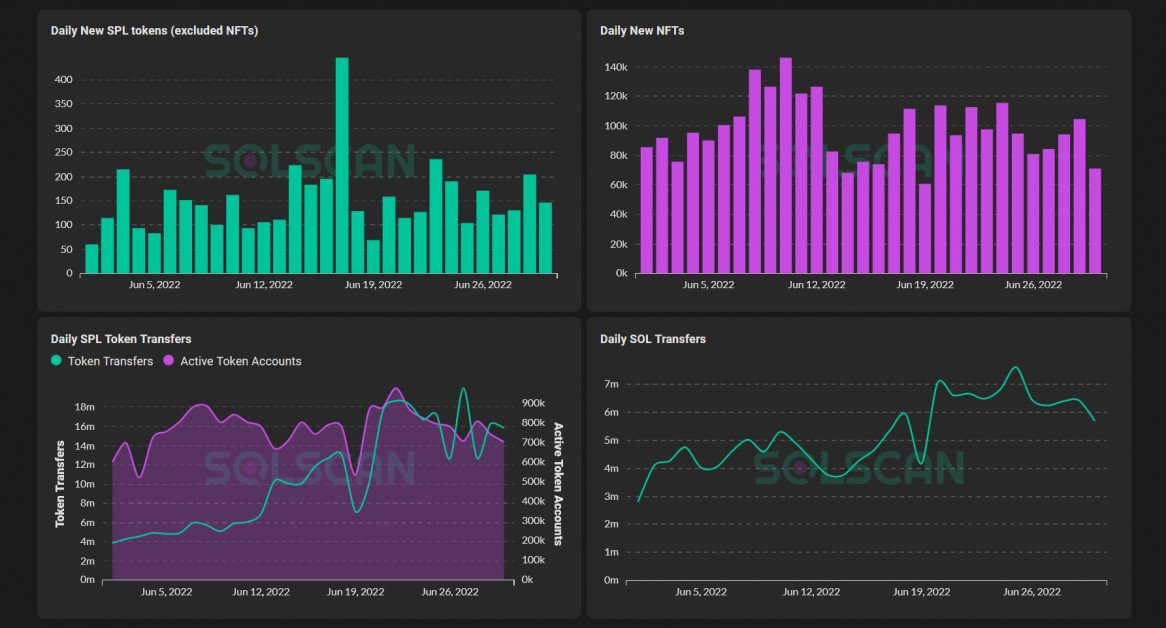 The total of daily SOL transfers, which includes both SOL and wrapped SOL, grew above the numbers recorded in May. Starting June, there were 2.81 million transfers. Consistently adding in daily increases, the monthly high of 7.61 million transfers was seen on June 25. Thereafter the count declined into the last days of the month, reaching 5.69 million transfers on June 30.

Solana plotted a declining curve in total value locked (TVL) revisiting August 2021 levels – the last time the network sank below $2.5 billion in this metric. Recording the worst numbers all year, Solana logged $2.42 billion in TVL on June 17 from a peak of $3.99 billion on the first day of the month. Notably, Solana’s TVL chart in June extended a falling pattern that, on a broader scale, runs as far back as December last year.

Solana’s market share remained relatively constant across the stretch of June. By the end of the month, the chain had a 3.46% market share, starting from 3.57% on June 1. The chain retained its fifth position in June, despite seeing a plummeting market share. Worth mentioning, Solana briefly overtook Avalanche as the fourth-largest DeFi ecosystem before giving away the rank.