Connect with us
Raydium 101: 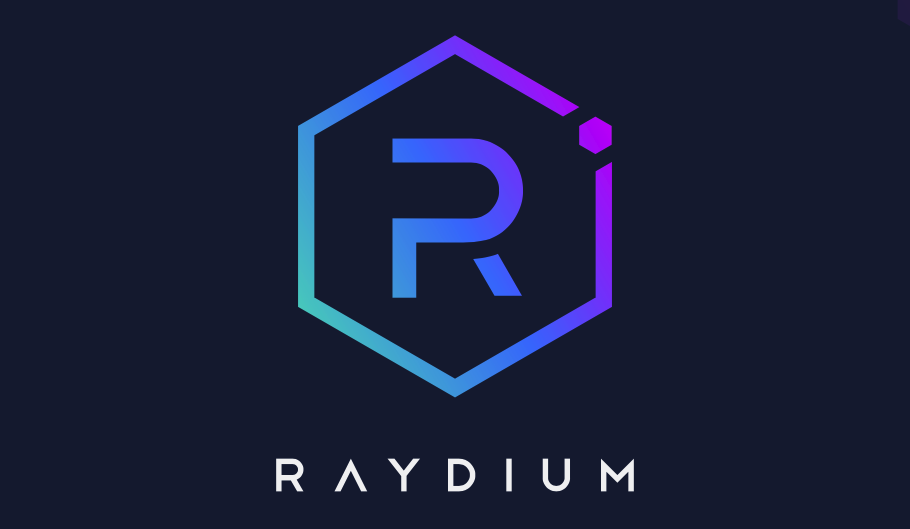 Raydium is a Solana-based automated market maker and liquidity provider for the Serum DEX. It was launched less than a year ago, in February 2021, and since its launch, it has had quite a journey — at least as far as its price is concerned.

The project launched with the price of $6.3, only to nearly double that in a matter of hours and climb up to $12.5 on the very next day. What followed was a powerful price crash that took the coin down to $4.9 between February 23rd and February 28th.

By April 20th, the coin was once again down to $7, only to then skyrocket over the next few weeks and hit a new all-time high at $16, which happened on May 3rd. Once the crypto price crash took place in mid-May, most coins lost 50% of their value. RAY price crashed to $3.5, meaning that this coin lost over 75% in a matter of a few weeks. 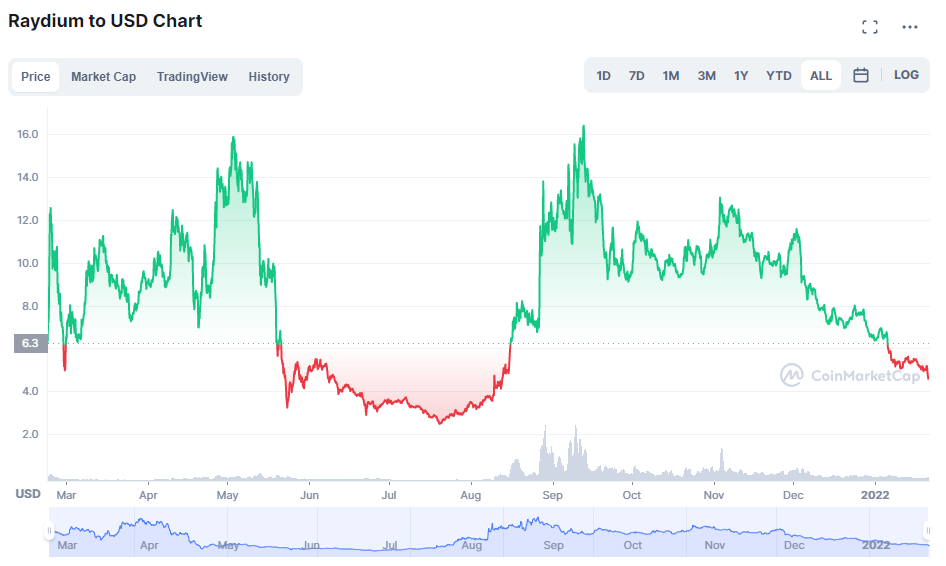 Raydium spent the summer at the lowest point in its history. After the crash to $3.5, the coin made an attempt to recovery, but it did not get very far. It only reached $5.5 before dropping again, and this drop took months to stop, finally leading RAY to its all-time low at $2.4, which it reached on July 20th.

After hitting the bottom, RAY price started to recover once again. Starting on July 20th, the coin slowly but surely started going up again, and by late August, it was back at the resistance at $8. After a brief rejection to $6.7, the coin started growing again, skyrocketing from this level to $13.81 in just two days.

Throughout September, RAY price was seeing many strong fluctuations that took it high up, and then deep down, with the changes so often that they sometimes happened within the same day. The important part is that the level at $12 started acting as a major support, and a resistances at $13, and then $14 kept the coin from progressing much higher.

Raydium price did see a breakthrough around September 13th, managing to skyrocket to a new ATH at $16.41, which is still its highest point to date. 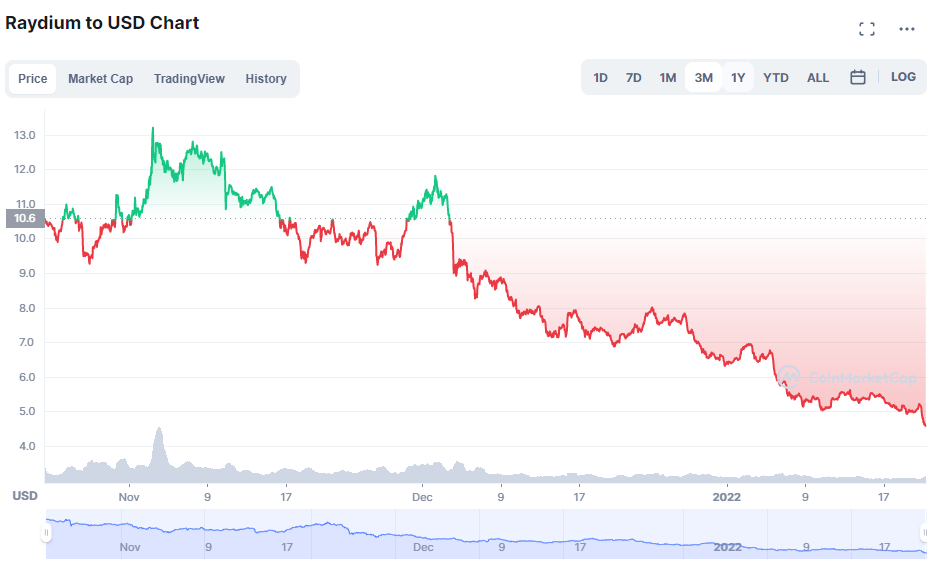 After reaching this milestone, the coin crashed to $9.2, which has been acting as its support level from late September to late November. Meanwhile, the level at $12 became a very strong resistance that kept the coin from going up. In the early days of December 2021, RAY climbed up to $12 for one last time, and ever since then, it has been spiraling down.

The coin has now been dropping steadily for over a month and a half ow, going from $12 to the current price of $4.6. Once again below its launching price, RAY is quite low, especially since it just broke a support at $5 which managed to hold it ever since January 8th, 2022. The support finally gave in late on January 20th, and on January 21st, the coin is seeing a 7.86% drop in the last 24 hours.

To learn more about this token visit our How to buy Raydium guide.

Raydium is Still 75% Below ATH as the Market Consolidates