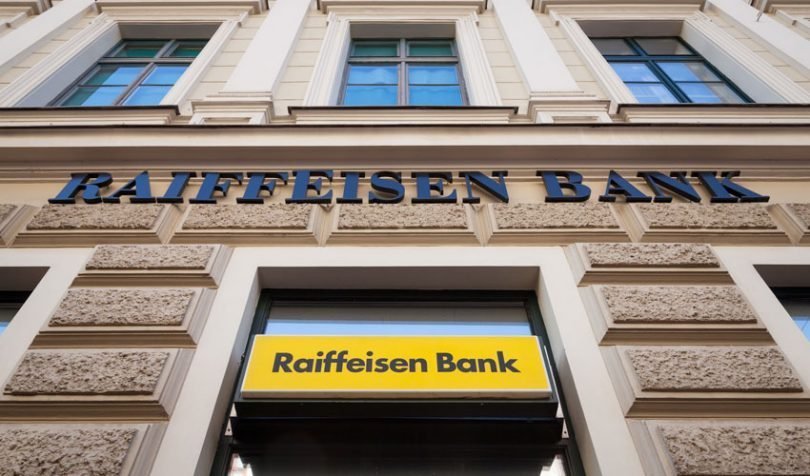 The transformation of the payments industry is in full swing. Driven by FinTechs, the payments technology innovation brings new ways of transacting on a global scale, with easier on-boarding, reduced waiting times and lower fees.

It’s no surprise that FinTechs also experiment with blockchain-based platforms that allow for tokenized representation of assets. One such platform is being developed by Billion, a British-Polish FinTech that is currently working with Raiffesen Bank on end-to-end digitized national currency transfers.

According to a report, the Austrian banking giant successfully tested Billon’s tokenization platform, dubbed RBI, and moved the project from a proof-of-concept to a pilot project.

Borne out of Raiffeisen Bank International’s (RBI) Elevator Lab acceleration program, the tokenization platform is based on Billon’s distributed ledger technology (DLT) with the goal to enable tokenization of national currency.

Billon was founded in 2015 and is a FinTech company working on integrating national currency transactions, document and identity management tools into a single architecture.

The goal is to bring blockchain capabilities into the regulated world. This is in line with the global trend of commercial and central banks building blockchain-based infrastructure that comply with payment and data regulations.

Transactions with this system can have additional data or documents attached to them, accelerating the verification and validation process for e.g. the source of funds. Consequently, transfers are quickly settled and cleared while maintaining a clean audit trail and full transparency.

Both Billon and Raiffeisen Bank International plan to pilot the digital currency by the end of this year. The trial is set to include RBI’s corporate and institutional clients. Should the test period be successful, the Austrian bank could start using it in Central and Eastern European (CEE) countries where it has an extensive presence.

Stefan Andjelic, blockchain hub lead at Raiffeisen Bank International, spoke of the necessity of banks having to partner with FinTechs to meet new consumer demands:

“Billon is a great example of a fintech that understands how to adapt blockchain to serve the needs of banks and their clients. Specifically, during the COVID-19 situation, banks need to partner with fintechs to innovate faster and help clients with payments processing and liquidity needs.”

The full extent of the benefits from a tokenized platform are yet to be felt when deployed in a full working environment, but Billon expects the bank to improve customer experience, differentiate its offering and achieve cost efficiencies at several steps during the process.

There is a noticeable trend amongst commercial and central banks to develop new payment rails and exploring blockchain-based solutions.

Among the first household names in the financial world to entertain the idea of a digital currency was JP Morgan with its own JPM Coin that is marked for settling internal transfers for its corporate clients. Nonetheless, up to this day there is no update from the banking giant about fully deploying the JPM Coin.

At the same time, many central banks across the globe are taking decisive steps to launch their own digital currencies, clear examples being People’s Bank of China with the digital Yuan and the Banque de France testing a digital version of the Euro.

At the highest level, institutions are studying the feasibility of digital currencies and how these can be implemented in the current monetary environment.

VISA is another company whose involvement with digital currencies testifies the looming change in how payments are made. The payments giant has also filed for a patent in the United States to develop a digital fiat currency.

The Trend to Go Digital

The willingness to bring forth a digital version of a currency has also been exacerbated by the current COVID-19 pandemic. Transitioning to an almost fully digital experience could become a prerogative for many companies.

In the wake of the pandemic outburst, the Bank for International Settlements (BIS) published a report on how physical cash could transmit viruses, including the COVID-19. As a result, the BIS advised financial institutions to utilize digital methods of payment transactions, while advocating for central bank digital currencies (CBDC).

With this new blockchain-based initiative with Billon, Raiffeisen Bank is definitely on track to bring better digital payment methods to their offering.