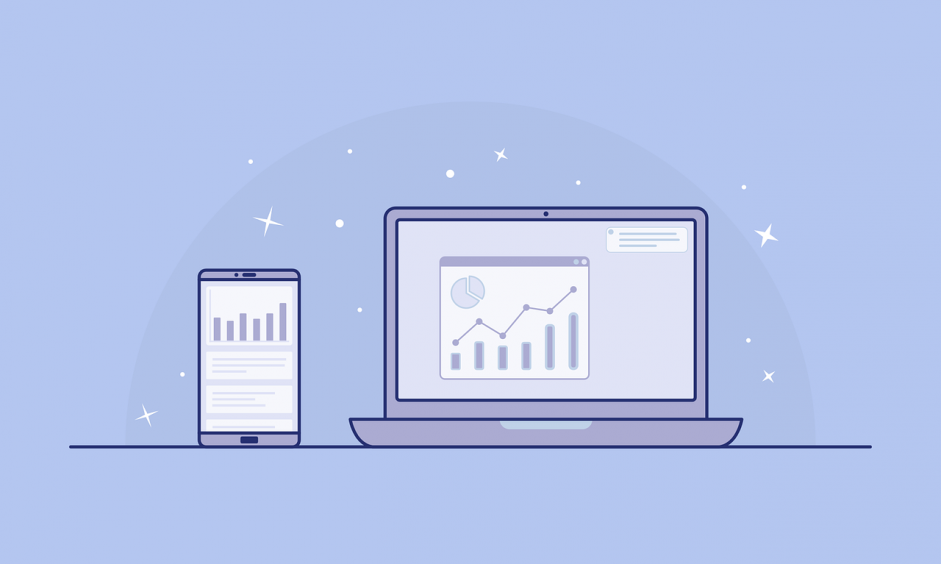 Recently, we highlighted some of the best recurring newsletters/reports pertaining to digital assets.  Topping our list was none other than Kraken and its monthly ‘Intelligence Report’ – the latest issue of which was just released.  Here are a few of the highlights shared by Kraken in its look back at October.

While October by no means marked the return of a bull market, a modest amount of positivity stemming from various developments did help the overall digital asset sector trend upwards. 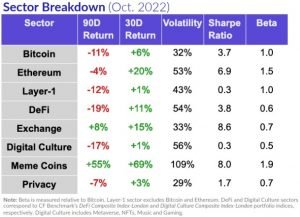 Although each sub-category of the sector was able to boast an upwards trajectory throughout October, as seen in the above chart, two in particular shone – Meme Coins, and Ethereum.

With regards to Meme Coins, the reason for this sizable boost is obvious – Elon Musk and his acquisition of Twitter.  When it was announced that this deal had finally gone through, it reignited interest in such assets as speculation began to run rampant about the social media platform potentially adopting them moving forward – especially Dogecoin, a clear favourite of Elon Musk.

On the other hand, Ethereum saw some of its most notable movement since undergoing ‘The Merge’ in mid-September.  While the asset did not spike to the extent that people expected immediately after the merge took place, multiple weeks of stability and an updated roadmap potentially released a bit of pent-up excitement surrounding the asset.  This was most obviously on display when Ethereum saw ETH jump in value from $1,311 to $1,619 within a day in late October.

Bitcoin, the longstanding top digital asset, also posted a positive month – albeit not to the same extent as the assets discussed above.  More interesting than its market performance (+6%) over the month of October, is its volatility.  October saw BTC’s annualized volatility cut in half by the end of the month (32%), making it less volatile than both the S&P 500 Index and Nasdaq Composite over the same time period.  While volatility has the potential to provide traders with more opportunities to capitalize on, it is also a longstanding barrier noted as keeping traditional investors from taking part in the sector.  If this narrative is to change, BTC will need to continue its October performance over a much longer period.

Decentralized finance (DeFi), including decentralized exchanges, may very well be the future.  For the time being however, the DeFi sector continues to be rife with scams and hacks.

In fact, October alone saw a reported nearly $600M stolen – much of which was attributed to various DeFi protocols.  Despite this, various projects stood out as bright spots, such as SUSHI (+49%) and MKR (+23%).

One might assume that with the overall lingering market depression, interest among investors in asset classes such as Non-Fungible Tokens (NFTs) would wane.  October showed that this was not the case though, with a series of significant capital raises – each of which points to a bright, and competitive, future for the asset class.

The following are only a few of the examples provided by Kraken of this raised capital.

With Instagram announcing its first foray in to NFTs in the early days of November, there is a good chance that one month from now the rise in NFT values during October will have repeated.

When looking back at October, it was clear that a few notable events were able to hold significant sway over market activity.  Looking forward in to November, multiple events have the potential to do the same, namely,

It should be interesting to look back in one month, and evaluate whether these will have had any bearing on market performance.

With many assets having reached all-time-highs last November, it will mark a full year of nearly steady decline – an extended period resembling the crypto winter of 2018.  Hopefully this means that a reverse course can now take place, capitalizing on the development among service providers to usher in new heights.

One Week In, Elon’s Vision for Twitter is Coming into Focus