Investing In the Assemble Protocol (ASM) - Everything You Need to Know - Securities.io

Connect with us
Assemble Protocol:

The Assemble Protocol (ASM) functions as a blockchain-based global point integration platform. The system enables users to earn points and convert them to cryptocurrencies with the goal of preventing millions in lost points yearly. The network integrates a custom rewards card, an easy-to-use Dapp, and a host of decentralized features to enable users to “assemble their points on the blockchain.”

Anyone who has been shopping recently can remember a time they received points from a company for their purchase or participation. These points are usually forgotten as they is no way to convert them into another currency for immediate use. According to the Japanese Yano Research Group, the Global Point Market is estimated to be worth about 200 trillion won. Sadly, most of these points go unused and expire. 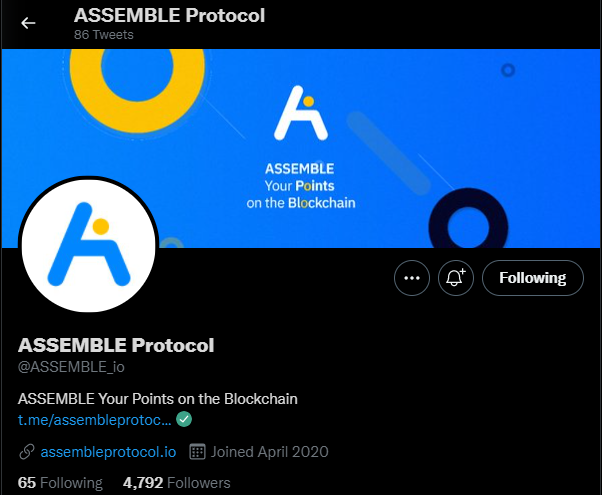 Assemble seeks to rectify this scenario via its unique approach that enables users to unlock the true value of their points. The Assemble Protocol has seen considerable usage since its launch. The network currently boasts 2,800,000 App downloads with over +750,000 users. The firm’s merchant network also increased. There are currently +3,500 shopping malls participating in the Assemble Protocol.

In a centralized point system, there’s no way for the user to gain insight into the network’s activities. In most instances, they have no way of checking to see how many points they have without going to the store’s location. Plus, companies that do offer the ability to monitor your account online usually require their points to be spent on their products. The Assemble Protocol enables users to track their points and the entire health of the network via an intuitive mobile app.

Another area that the Assemble Protocol helps to alleviate is a lack of timely marketing data. The Assemble Protocol empowers businesses to build targeted markets campaigns that get their products into the hands of users quickly. The network provides point issuers with excellent tracking tools to help them focus their efforts on products and strategies that work.

In the current centralized point system, there are billions in points lost yearly. There are many reasons for these losses. For one, there is a lack of places to spend points. In most instances, you only have one store that accepts the rewards. Additionally, there is no way for users to convert rewards points into cash. The Assemble Protocol introduces a streamlined method for users to convert their points into cash and cryptocurrencies.

The entire concept of points expiring is a bit confusing when you consider you are giving them points as a reward for their purchases. It’s akin to giving someone a gift as a way to express they are special to you, but if they don’t use the gift by a certain date, it disappears for no good reason, other than you don’t want to honor it at a later date. 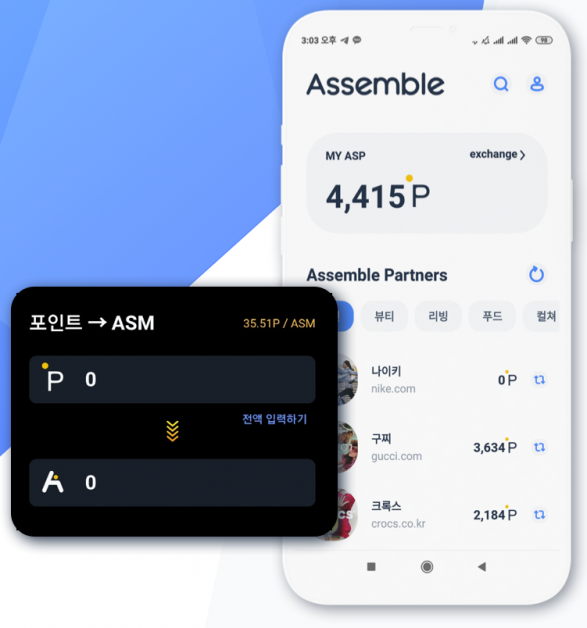 The Assemble Protocol enables businesses to provide points that last indefinitely and can be used across a variety of industries, markets, and eCommerce platforms. These “forever” points can be combined to create tokens that can be traded on any ERC-20 compatible DEX.

Benefits of the Assemble Protocol (ASM)

The Assemble Protocol brings considerable benefits to both merchants and consumers. The network provides more transparency thanks to its built-in trackability features. All payment data is safely stored on the blockchain. This information is globally available when the firm seeks to configure the next ad campaign.

The Assemble Protocol enables anyone to earn rewards via community participation. There are many ways you can participate. For example, you can secure points by leaving reviews about your post-purchase experience. You can also secure points when you participate in promotional events.

How Does Assemble Protocol (ASM) Work

Assemble Protocol users can earn points from a variety of vendors and use their points across the entire Assemble Protocol ecosystem. Additionally, they can convert their points into ASM which can then be converted into crypto and fiat currencies directly in the Dapp. The system was designed so that users could aggregate, manage, and spend reward points securely and in a peer-to-peer manner. The protocols PX feature allows you to exchange your collected points for ASM Tokens. From there, you can spend your ASM directly at the Assemble Market.

The Assemble Market is where users can spend their tokens just like fiat currency at participating vendors. This section has an online mall where you can purchase food, cosmetics, beauty products, home appliances, and a variety of digital products. The Assemble Market is open to the global public. There are no gatekeepers or extensive registrations required to participate in the market. You just need to connect your ERC-20 compliant wallet such as MetaMask.

The Clubpass Dapp is a ticket sales application that operates as an add-on for the Assemble Protocol. The system was made possible through a strategic partnership with sta1.com. Clubpass lets shoppers save on their favorite concerts by using points to pay for tickets and merchandise. The protocol secured ticket sales agreements with +1870 partnered clubs.

Sta1.com is another strategic partnership network that expands the Assemble Protocol ecosystem. The network operates as a fashion curation and commerce platform. Like Clubpass, users can receive discounts and purchase products using Assemble Protocol tokens. 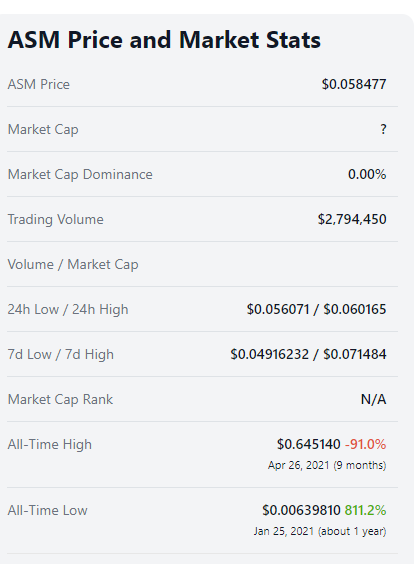 ASM is the main utility token for the Assemble Protocol. The token is ERC-compliant which means it leverages Ethereum for security and network validation. ASM enables users to convert points into cryptocurrency. It can also be sent globally in a frictionless manner like Bitcoin.

How to Buy Assemble Protocol (ASM)

Assemble Protocol (ASM) is available on the following exchanges:

The Assemble Protocol manages to provide consumers with a lot of benefits. The ability to convert points into other currencies or products is a huge plus. Additionally, the network was built on the largest DeFi ecosystem in the world, Ethereum, which provides users with added interoperability. For these reasons and more, you can expect to see the Assemble Protocol continue to expand in the coming months as more users get excited about the prospect of converting rewards points into cryptocurrencies.