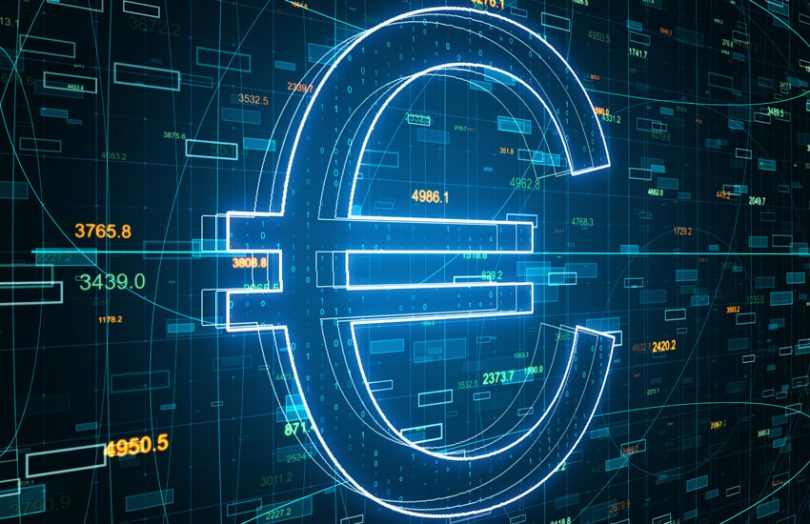 A major milestone towards the launch of a Central Bank Digital Currency (CBDC) was achieved in Europe, and more specifically in France.

The acceptance of a digital currency on a global or even on a national level was perennially viewed as a pipedream. Nonetheless, even after dismissing the biggest digital currency in the world – Bitcoin – nation states and central banks started to pay more attention and work on their own currency’s digital version.

While several countries have made some progress, China is known to be at the most advanced stage for launching its own CBDC. At the same time, news of a successful test for a digital Euro comes from France’s central bank.

The Banque de France unveiled that it used the blockchain developed by its own team to settle the issuance of digital securities, using end-to-end blockchain infrastructure.

This first successful test was done in partnership with one of France’s biggest banks – Société Générale. In what is called a covered bond issuance, the total value reaches the €40 million (~$44 million) mark.

This becomes a noteworthy milestone for digital security issuance, since the transaction was instantly settled via the delivery versus payment (DvP) method directly against digital Euros.

Société Générale has lauded the results of the test and is highly optimistic in regards to the benefits digital currencies can bring, saying “It paves the way for the automation and shortening of payment processes, with simplified market infrastructures and strengthened security.”

According to reports, the central bank digital currency is one to be used for interbank settlements, rather than consumer payments. With the positive outcome of this initial test, Société Générale is encouraged to undergo more rigorous testing in the coming weeks:

This also becomes a huge milestone for the Banque de France. The central bank’s ambition to test a digital currency was voiced late last year in December 2019, stemming from a political will to take on a leadership role within the European Union.

The development activity and the encouraging test results around the digital Euro coming from Banque de France are cementing the country’s place at the forefront of digital financial securities landscape.

Banque de France said it will continue to do more tests with other financial institutions over the next few weeks, as part of its ongoing exploration of a digital Euro.

“The results of these experiments will be an important element of the Banque de France’s contribution to the more global reflection led by the Eurosystem on the interest of [a CBDC],” stated the central bank.

It’s not too long ago that the central bank launched its digital Euro programme. In April, the central bank said it aims to uncover the benefits of digital currencies for clearing and settlement of tokenized financial assets.

The central bank shared that since the programme launch, there have been a lot of applications and interest to test the central bank digital currency, emphasizing the leading role the country has in payments technology innovation.

This current iteration of the central bank digital currency is being earmarked to be used for and by financial institutions – not retail payments. At the time of the programme launch, the central bank said it is not looking to replace coins and banknotes.

According to the central bank’s governor, the consumer side would have to be complemented by a different digital currency that focuses on usability and may not be underpinned by blockchain technology.

The Race for the First Central Bank Digital Currency

France is not the only country to have started testing central bank digital currencies. Last month, China finally confirmed it had begun testing its digital Yuan in four cities. According to the People’s Bank of China it started researching CBDCs as far as 2014, and finalized a basic design back in January.

If governments were adamant of adopting a digital currency, now it seems central banks are racing to be the first-to-market. It’s not surprising as well, since a successful digital currency issued by a major central bank could be used as an international currency – potentially weakening the role of existing currencies, like the U.S. dollar.

Monetary experts have voiced their thoughts that a digital asset used on a global scale could significantly reduce the influence of the U.S. dollar on global trade and weaken its position as a world reserve currency.

Whether this will come from a digital currency built by a central bank or from a neutral digital asset like Bitcoin, it’s clear that the world of financial securities is set to go through a seismic change.