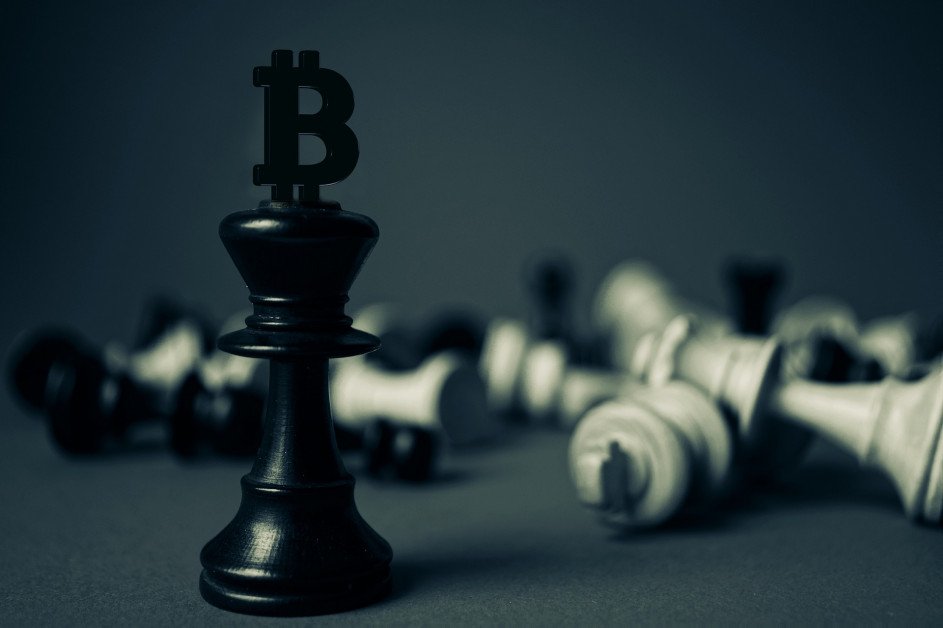 The weekend ended roughly where it began – with Bitcoin hovering between $57,000 and $60,000.  Despite the recent downturn, various bits of news occurred over this time which continue pointing towards a bright future.

In a positive sign, an increasing amount of companies are pouring hundreds of millions in to establishing clean mining operations around the world.

One example of this comes from lending giant Celsius, which has just announced a $300 million investment into its already rapidly expanding mining operations.  This new funding builds upon a further $200 million from earlier in the year.

Meanwhile, GRIID Infrastructure has reportedly ‘secured a $525 million credit facility’ from Blockchain.com.  Peter Smith, CEO of Blockchain.com stated, “For the past two years we’ve worked closely with GRIID to not just provide capital, but to be a partner invested in the growth of the business…It’s incredible to see their trajectory and we are confident that GRIID is well positioned to become a dominant U.S. based bitcoin miner. We’re excited to continue to partner with them to grow their company and the industry in the coming years.”

With all that being said, there are still instances in which governments or financial ‘watchdogs’ continue trying to restrict the practice – something currently occurring within Sweden and Norway.

There is a lot of talk in the United States over which city will become the world’s de-facto ‘Bitcoin Hub’, with Mayors from Tampa Bay, Miami, New York and more, each announcing this to be their intent.  While this race plays out, El Salvador President Nayib Bukele has one-upped everyone with the announcement of a new Bitcoin city being built aside a volcano in the shape of a coin.

In this announcement, President Bukele indicated that in the coming month’s funds required for the project will be raised through a $1 billion bitcoin-backed bond offering, with construction commencing 60 days after closure.  Once completed, residents of the city can expect to benefit in various ways.  Not only will there be no property, income, or municipal taxes, the city itself would be built to a net-zero region with regards to carbon emissions.

As previously stated, this city is expected to be situated aside a volcano, which will provide enough thermal energy to power both mining operations, and the city itself.  If successful, this city has the potential to become an intriguing step forward in the global acceptance of Bitcoin.

When looking at the price movement from over the weekend, Bitcoin bulls made a clear attempt to push the price upwards on the back of ‘Bitcoin City’ being announced.  While the price was able to break through $60,000 for a short period, sellers quickly came out in force, bringing back the $57,000 pricing which has been the normal for much of the past week.

When looking at the current Fear & Greed Index, values underscore to the current indecisiveness of the market.  While Bitcoin struggles to figure out which direction it wants to put distance between itself and $58,000, market sentiment is showing as ‘neutral’. 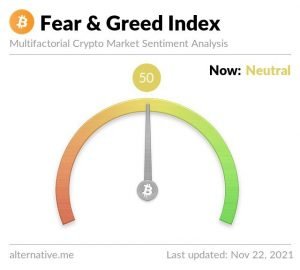