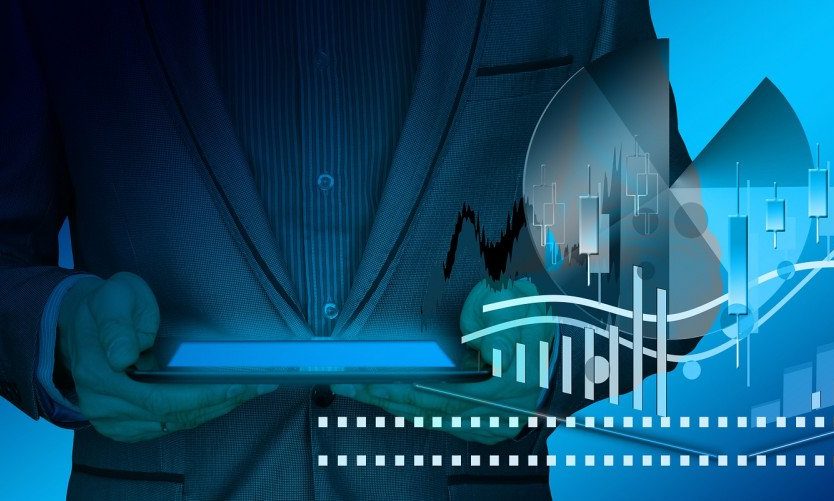 With everything that has happened over the course of 2022, it has become clear that regulation is on its way – sooner than later.  As such, digital asset enthusiasts are beginning to pay an increasing amount of attention to more regulated offerings within the sector.  Namely, this means tokenization efforts such as digital securities.  These are regulated assets which, unlike utility tokens, are backed by real-world assets, equity, and more.  With this in mind, the following are a few examples of forward progress being made involving tokenization efforts with regards to both commentary and infrastructure.

Although it may have been the Sam Bankman-Fried interview that most people tuned in to see at the DealBook Summit, there were other interesting discussions which pointed to where the digital asset sector will go from here.  One notable example of this were comments made by BlackRock CEO Larry Fink.

He continued, stating that these assets will change the whole ecosystem through a variety of ways, with the following given as a few examples of how.

This perspective and list of benefits are exactly what we have continually highlighted over the past few years at securities.io, as we believe digital securities have the potential to truly change the way people invest.

While the commentary shared by Larry Fink points to an increasing acceptance of digital securities moving forward, there are a few companies that have already been hard at work for years, establishing the necessary infrastructure which will allow for these assets to realize their potential – one of these being Tokeny.

It has now been 4 years since we first covered the release of the ‘Token for Regulated Exchanges (T-REX)’ by Tokeny.  Now, the company has recently announced the launch of the projects fourth iteration, now simply referred to as ‘ERC-3643’.

The key takeaway from this most recent update to its ERC-3643 token standard, is the ability for the smart contracts, upon which tokenized securities are created, to be upgraded post-issuance.  Tokeny notes that this is an important ability since, “As regulations and business evolve, additional logic must be added and being able to fix potential vulnerabilities is essential.  Therefore, issuers of tokenized securities must be able to upgrade their smart contracts.”

Tokeny also notes that this most recent update to ERC-3643, which allows for smart-contract updates, is made possible by allowing a ‘proxy contract’ to delegate logic to ‘implementation contracts’.  This also allows for issuers responsible for various tokens to upgrade each simultaneously.

As it stands, Token has commissioned a third-party auditing firm to pour over the ERC-3643 code to ensure vulnerabilities do not exist.  The company indicates that the results from this will be shared in the near future.

Over at Brickken, a young company specializing in on-chain asset tokenization, its awaited decentralized tokenization/issuance/management platform has now launched.  With it, clients of Brickken will now be able to issue their own digital securities in a regulatory compliant manner.  This will effectively ‘digitize company ownership’, increase liquidity, and provide greater access to greater funding opportunities.

Brickken notes that it is working to build out such services, as the asset tokenization market is expected to balloon to a staggering $16T+ within the decade – something we have touched on in the past.  Brickken CEO, Edwin Mata, commented on this platform, stating,

“Our protocol facilitates the transition from Web2 to Web3 and can even provide managing tools for DAOs to operate more efficiently. We foresee a future in which new economic agents converge on the blockchain, with Brickken paving the way. We will thrive as a protocol because we provide our users with a wide range of functionalities for them to issue tokens across standards, in a multi-chain environment to fit any company needs.”

For now, Brickken has noted that it has already launched 10 projects on its platform, and more than 100 still waiting in the wings to take advantage of what digital securities have to offer.

Meanwhile, MetaComp has announced that it has recently been awarded licensing by the Monetary Authority of Singapore which will allow for it to operate as a ‘Major Payment Institution’.  This licensing, which is issued through the country’s Payment Services Act, is touted as providing recipients the ability to offer specific services which allow for safely bridging the, “…gap between traditional finance and crypto assets,”.

This development is notable, as MetaComp has indicated that in conjunction with the existing capabilities of its mother-company ‘MVGX’, it will be, “able to offer exposure to tokens backed by real-world assets, such as tokens backed by intellectual properties, tokens backed by supply chain financing, and tokens backed by carbon credits in the form of the Carbon Neutrality Token (CNT®), effectively strengthening their positions as enablers of sustainable growth of the real-world economy.”

ADDX Pulls in $20M of Fresh Capital from Investors