Digital Assets May Be Used for Circumventing Sanctions - Iran and Russia Cite Need for Adoption - Securities.io 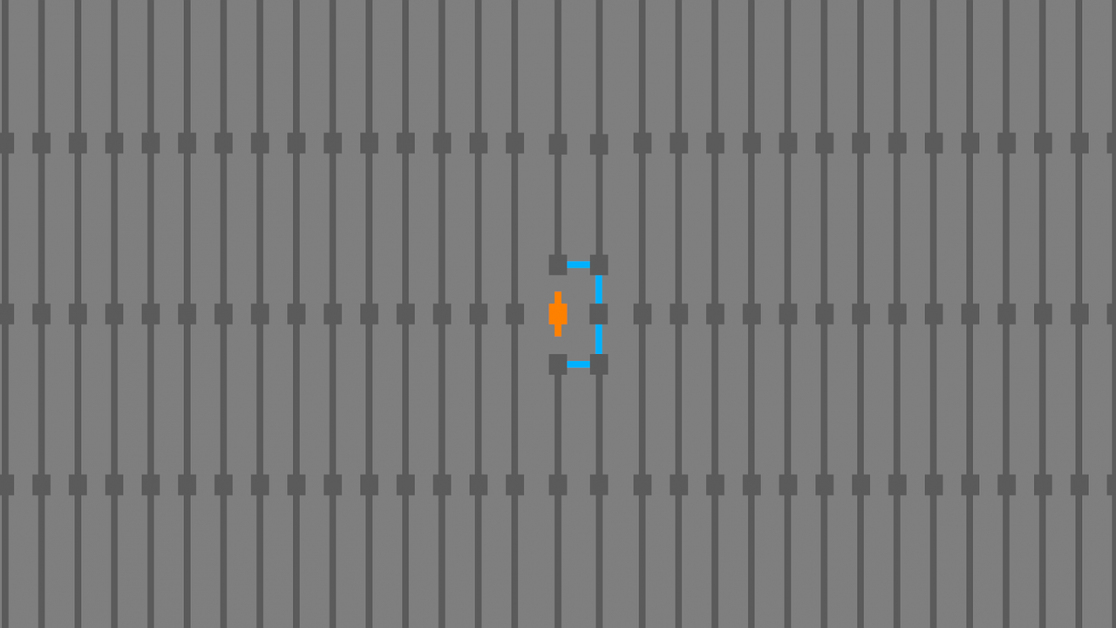 When discussing international payments, digital assets have the potential to upend the status quo.  More specifically, assets like Bitcoin can offer increased speeds, finality, cost, and transparency (yes, there are assets quicker and cheaper than BTC, however none provide the security and robustness of the Bitcoin network).  Another, less often discussed capability of digital assets is the circumvention of economic sanctions.  This is achieved due to the ability for assets like BTC to operate on a global scale, and in P2P fashion (outside of traditional financial systems like SWIFT).  As a result, this has become something garnering an increasing amount of attention over the past few months.

What Are Economic Sanctions?

Economic sanctions are a means/attempt to control a foreign entity, through the imposition of financial or operational restrictions.  The goal of which is to indirectly force ‘acceptable’ behaviour.

For example, when Russia began its war efforts against Ukraine, outside nations (30+) immediately began to impose economic sanctions on the former.  The purpose was simple – how can allies of Ukraine disincentivize actions being taken by Russia, without actually joining the conflict.  What these economic sanctions did was put restrictions on international payments, in addition to the the importation/exportation of various goods.

We know that economic sanctions are prevalent, and that digital assets can potentially undermine such efforts – but is anyone actually leveraging this capability?  The following countries have each shown an intent to do so in recent days.

Currently, Iran finds itself on the receiving end of various sanctions imposed upon it by the European Union (EU), which stem from the country’s on-going nuclear programs.   As a result, Iran’s Ministry of Industry, Mine and Trade has now announced new regulations, per local media, which allow for the acceptance of digital assets as payment in international trade – a move that essentially opens the door for circumvention of imposed trade sanctions by the EU and foreign nations.

Meanwhile in Russia, Prime Minister Mikhail Mishustin recently delivered a speech at a ‘strategic session on the development of the domestic financial system’.  Echoing actions just taken by Iran, Mishustin highlighted a need for the acceptance/development of digital assets to ensure continued foreign trade.

Mishustin stated, “We need to intensively develop innovative areas, including the introduction of digital assets. This is a safe alternative for all parties, which is able to guarantee uninterrupted payment for the supply of goods from abroad and for export.”

It is important to remember that the inherent traits of assets like Bitcoin which allow for the circumvention of economic sanctions also allow for significant good to be done.

While BTC may provide Russia with an outlet to resume international trade, it has also facilitated international donations to Ukraine. 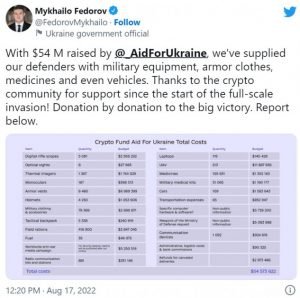 These donations, which have poured in from around the globe, have already totaled well in excess of $50M.  The funds have already been put to use by the Ukrainian government as it purchased supplies for its defensive efforts.  The above breakdown of what the funds were used to purchase was shared by a Ukrainian Government Official, Mykhailo Federov, who took the time to specifically recognize the role that digital assets played.

Altcoin Roundup – What Have the Top 5 Been Up to Lately? ETH, BNB, XRP, ADA, SOL