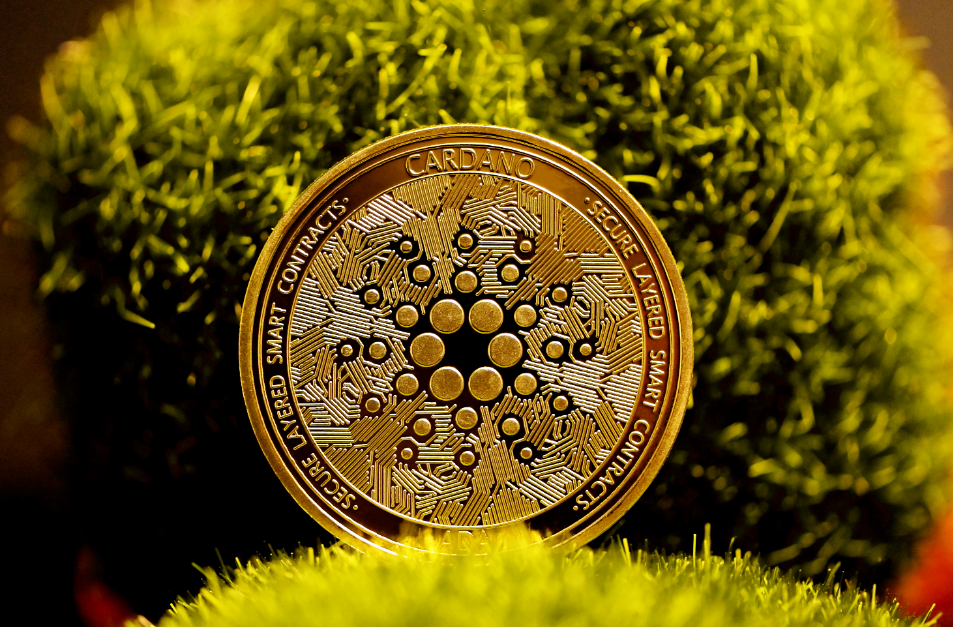 Cardano finally has full smart contracts capability following the successful launch of the highly anticipated Alonzo hard fork on the mainnet. The decentralized blockchain went through with the upgrade on Sunday evening.

The price of the ADA token, however, wasn’t very much affected by the hard fork as it saw little movement between Monday and Wednesday.

Excitement in the ADA community as mainnet transitions to Alonzo

Cardano has taken another step in its development journey, transitioning from the Mary era to the Alonzo era. News of the Cardano upgrade sent a wave of excitement within the Cardano community, which was very eager for the same. Over 100 smart contracts made their way into Cardano within the first 24 hours after the fork.

More than 2,000 unusable Cardano smart contracts were on the shelf waiting to be deployed as of yesterday. The frenzy could be a reflection of how ready investors and developers on the platform are to take the project to the next level considering it has been on the receiving end of reproofs in the past.

The Hoskinson-led project has been censured for lacking more comprehensive functionality compared to others like Ethereum. The hard fork, particularly the dApp functionality, now helps keep the criticisms at bay and attracts more interested parties.

Even though the network has faced a couple of setbacks this year, things appear to be going their way. Last month, in a controversial move that some found fault with, Cardano Foundation confirmed a partnership with analytics firm Coinfirm. In his defense, founder Charles Hoskinson argued that the joint venture was instrumental in attaining compliance regarding the EU’s 6th Anti-Money Laundering Directive and the Financial Action Task Force.

It is worth noting that Cardano recently got approval to enter the Japanese market after getting the go-ahead from the local regulator. The developers are also said to be collaborating with Ethiopia on a blockchain-oriented administrative project.

Cardano gearing up for more partnerships

The next couple of months will be critical for Cardano, having wrapped up what was arguably its most significant milestone in the third quarter of the year. Reports suggest that the Cardano team is banking on the current momentum to continue developing the ecosystem.

Cardano Foundation’s Sidney Vollmer recently hinted at huge collaborations in a tweet. Vollmer, who leads the Brand and Communication department, asked the Cardano community members to watch out for some mind-blowing partnerships in the Cardano Summit scheduled for this coming weekend, 25-26 September.

No specifics were disclosed on the same, making it difficult to anticipate what exactly is on the way. On the bright side, though, the summit is slated to happen soon, so it is only a matter of time before the specifics details come out.

The announcement could be a pointer of what is to come but again, the blockchain niche hasn’t been short of inconsistencies. There have been several hyped developments that turned out to be less-than-average in the end.

IOG’s marketing director Tim Harrison, in a shared blog post, had earlier on warn about having very high expectations now that Alonzo is live. He asked the community to be patient as it may take some time to get things in order. Harrison also referenced Ethereum’s growth, noting that it took more than a year before Ethereum attained success on its dApps.

Cardano token performance in the market

Not so much can be said on the impact of the fork on the ADA price, as the token only surged briefly before dipping. Some crypto analysts posited that the delay in deploying the smart contracts – those that were locked in the timelock contract – may have indirectly harmed the price of the ADA token. 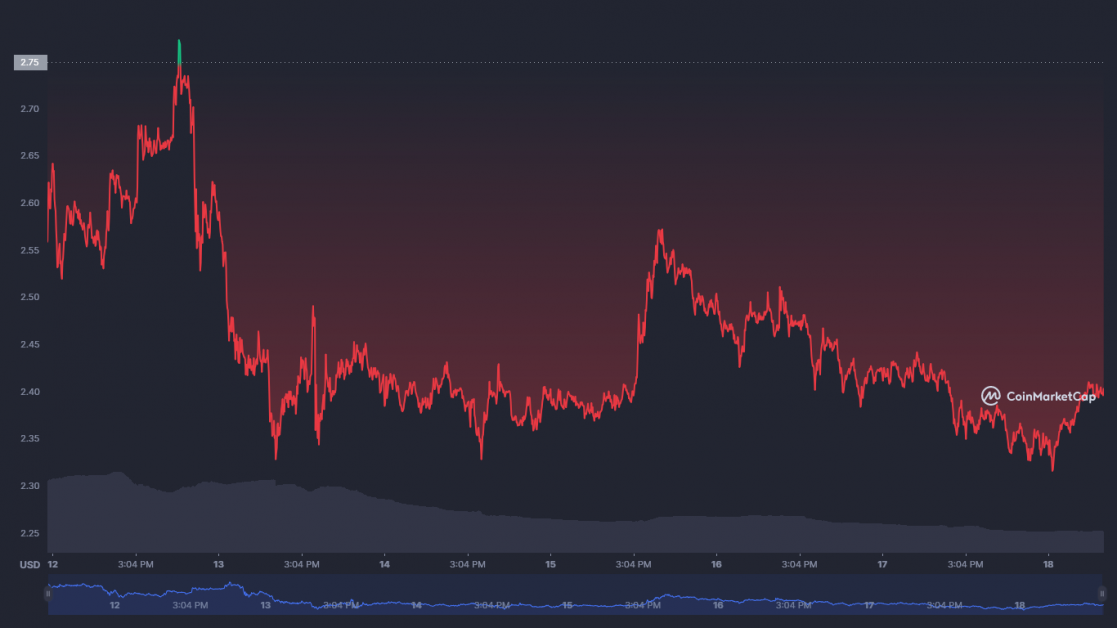 ADA/USD had a good start, trading in the range of $2.65 and $2.75 at the time of the Alonzo launch. The token slid hours later and has failed to breach $2.58 since then. The pair is currently trading at $2.40, up 1.44% in the last 24 hours but 22.44% lower from its record peak set two weeks ago. Despite the average run over the past few days, ADA retains its third spot among cryptocurrencies with the highest market cap. Bulls will have to claim $2.6 sooner than later if the pair is to retest the range it traded at the start of the week.