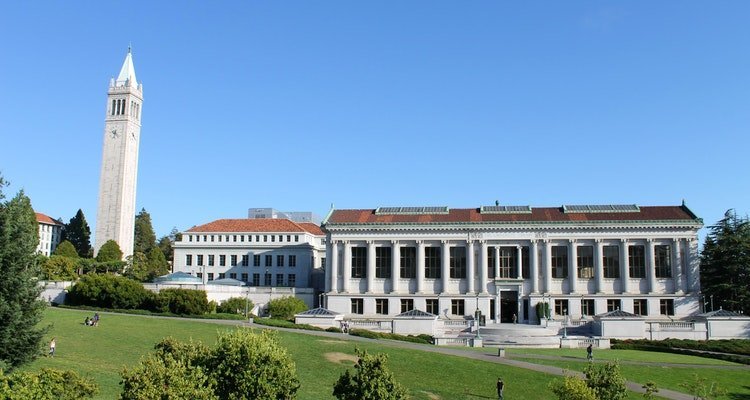 This week a group of researchers funded by the University of California Berkeley Haas Blockchain Initiative released a stablecoin study that concluded the issuance of these coins has no effect on the price of bitcoin or other cryptocurrencies in the market. The group discovered their eye-opening conclusion after comparing market and trading flow data over the last couple of months. The news represents a shift in the use and effect of these new financial instruments in the crypto sphere.

Stablecoins are tokens that are pegged to cryptocurrencies, fiat money, or to exchange-traded commodities, such as precious metals or industrial metals. In this way, these tokens experience price fluctuations according to their market peg and not the overall crypto sphere.  The first major stablecoin was Tether (USDT). At the time of its issuance, Tether claimed every USDT was backed by fiat currency on a 1:1 basis. In March 2019, Tether altered its backing to include loans and other assets. Despite the changes, Tether continues to be the top stablecoin.

Importantly, stablecoins continue to be a hotly debated instrument in the market. This report provides both regulators and the cryptocommunity with much-need needed transparency as to the effects of these tokens. For years allegations of market manipulation plagued the market. These concerns hit a fevered pitch after Facebook announced its Libra stablecoin project last year. Regulators were quick to halt the project in its tracks.

Notably, the study demonstrates no evidence that stablecoin issuance affects cryptocurrency prices currently. Instead, the data reveals the opposite. Stablecoin usage occurs mostly as a market reaction to price changes and not as the cause of the action itself. Researchers found the evidence concludes to stablecoins’ primary use as a safe-haven.

This data makes sense when you consider that stablecoins provide investors with an easier way to exit volatility in the space. Transferring your crypto over to fiat currency comes with more delays and fees. In a fast-moving market, fiat conversion delays and the added fees can prove to be a real issue. Alternatively, transferring your funds to a stablecoin takes seconds, with most exchanges now offering their own fiat-pegged coins.

Crucially, analysis of trading data also revealed that stablecoins serve an even more important role as a store of value for exchanges that don’t offer crypto to fiat conversions. These coins are the only escape from market volatility. These platforms see the most stablecoin movement during market downtrends.

The Berkeley Haas Blockchain Initiative officially launched in 2018 with the goal to increase blockchain awareness among students and advance academic research in the field. The group focuses on a full range of blockchain initiatives including technical development and innovation in blockchain, cryptocurrencies, and digital payments. Importantly, the Berkeley Haas Blockchain Initiative was made possible through a strategic partnership with Ripple.

Critically, this latest stablecoin study contradicts the conclusions found by another group of university researchers in July 2018. At that time, John Griffins of the University of Texas at Austin and Amin Shams of Ohio State University found their research proved a direct correlation between Tether issuances and Bitcoin price hikes. Specifically, their data demonstrated drops in market cap resulted in bitcoin prices increases. The study went as far as to point to the introduction of  Tether as the driving force behind the 2017 Bitcoin rush.

The report eventually found its way to the U.S. Department of Justice. Consequently, regulators opened an investigation into whether Tether and Bitfinex used stablecoin issuances to inflate the price of bitcoin. Now, regulators allege that Tether USDT engaged in illegal market manipulation to prop up the bitcoin price. Crucially, Tether defended its company and the important role of stablecoins in the market.

The fact that Tether was the first stablecoin to play the safe-haven role in the market is important. In 2017, it held the weight of the cryptocommunity on its shoulders. Today there’s a huge variety of stablecoins available to the investors. This diversification continues to expand as new firms enter the market. Here are the most popular stablecoins according to market cap:

As the stablecoin market continues to expand, larger firms now want to create the next stablecoin standard. As such, more tech firms such as Facebook and Telegram have announced plans to issue digital assets in the future. These platforms already have millions of users, who would instantly become crypto users, if the projects are successful. Unfortunately, both of these projects met harsh responses from the SEC to date. In both instances, regulators requested more time to review aspects of the projects and additional information from the companies.

Now that regulators have updated data, its time for a new approach to the stablecoin market. Some countries have called for an international approach to stablecoins. For example, this year the Financial Stability Board (FSB), the G20 supervisory body, published concerns surrounding the disruptive potential of stablecoins in the market. The report followed a string of central banks announcing plans to issue stablecoins in the future.

Another major report highlights how this year Russia took the lead in issuing a multinational stablecoin backed by commodities with the Eurasian Economic Union, or EAEU, and BRICS countries. The news comes after news emerged that China plans to issue a stablecoin in the near future.

You have to give these researchers credit. The new data from this report should help guide both lawmakers and stablecoin developers moving forward. Hopefully, in the near future, both teams will be on the same page. For now, lawmakers continue to try and grasp the true capabilities of these revolutionary blockchain tools.