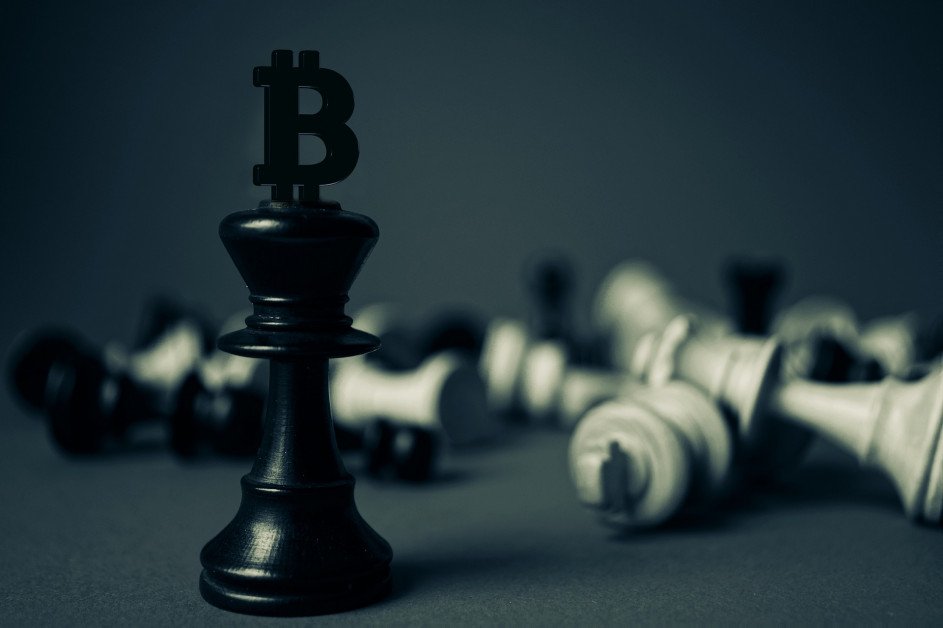 After multiple attempts, the price of BTC has finally broken through the $50,000 mark, and holding strong.  Following its trajectory is ETH, as it closes in on an anticipated marker of its own at $4,000.  While each of these assets have risen on the back of various developments over the past few weeks, the following are examples from the past few days which helped them over their latest humps.

With BTC set to become legal tender within El Salvador in mere days, there is unsurprisingly a healthy level of excitement surrounding the event.  This was further bolstered this past week when it was announced that legislation was officially passed, resulting in the creation of a $150 million Bitcoin trust.

The purpose of this trust is a simple one – Promote/facilitate the nations transition towards BTC integration.  While not all of the treasury has been allocated yet, a portion of the funds has already been designated for the following initiatives.

While news of a Bitcoin treasury may appeal to enthusiasts of the digital asset, not everyone is on the same page with recent reports highlighting a series of protests against the government decision to adopt BTC.  El Salvadorian President Nayib Bukele has reiterated however that this decision will not be forced upon anyone, stating, “It will be totally optional.  The dollar will continue to be legal tender.”

BTC integration in to Twitter has been speculated for years now – and rightfully so.  Twitter CEO Jack Dorsey is one of the world’s most well-known and respected BTC advocates.  This week saw fuel poured on the speculative fire, as apparent screenshots of a new Twitter feature was leaked to the public. 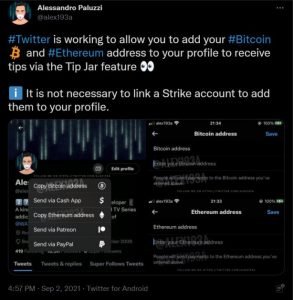 While the validity of the screenshots has been called in to question, it has not failed to generate excitement either way.  If true, it is believed that this new feature would function as part of the ‘Tip Jar’.

By allowing for users to add BTC and ETH addresses to a profile, well-received tweets have the potential to become a new income stream for many.  Due to the global presence and vast user-base of Twitter, such a feature would play an important role in increasing the exposure of BTC in the mainstream.

Aside from the potential exposure from such a move, a Twitter integrated BTC tip feature would do wonders for the development/acceptance of the Lightning Network.  As a second-layer scaling solution, the Lightning Network has long been touted as the path forward for BTC to become viable for micro-transactions – BTC based tips being a perfect example of what it can achieve.

To see the effect that each of the aforementioned developments had on BTC pricing this past week, simply look at the following chart.  When the $150M treasury was announced on Sept 1st, there was a clear and dramatic spike in BTC price bringing the price from $47,300 to $48,700 within hours.  A similar action was seen on Sept 2nd after news broke of Twitters intentions, bringing the price from $48,500 to $50,800 at time of writing.

Although the aforementioned developments certainly played a role in allowing BTC to finally breach $50,000, they are by no means the only factors at play.  Now that this marker has been breached a further rise may be seen simply as a result of momentum and FOMO.

Is Cryptocurrency Really the Money of the Future?

Ethereum Above $3,700 for the First Time Since Mid-May: Where is it Going Next?