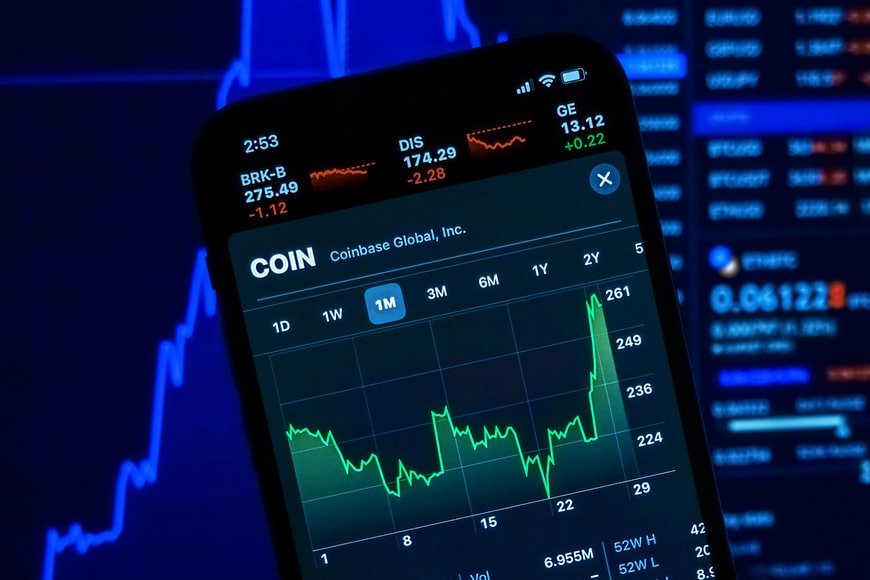 Last year has started off with a bang, with the majority of the cryptocurrencies skyrocketing since day one. However, the same did not happen in 2022. In fact, quite the opposite — the prices have been sinking lower and lower until they found the bottom or at least the strongest support that they could find that did not break under the conditions that ruled the crypto industry thus far.

Things started taking a positive turn in early February, when most coins and tokens saw a mild recovery — nothing too drastic, but enough to give crypto traders and investors hope that prices might still rally again later this year. Thanks to the crypto industry being as unpredictable as ever, that sudden return to rallying can happen at any time, and if you wish to know which are the most promising coins to keep an eye on in days to come, we have a list of 7 coins to recommend.

The first on the list is Ethereum. The crypto industry’s largest altcoin, and second-largest cryptocurrency by market cap, Ethereum is one of the most influential and impactful projects in the crypto sector. It is also one of the most limited ones in terms of technology, with only a handful of TPS available and no ability to scale.

On the other hand, Ethereum is the birthplace and the largest source of smart contracts, dApps, DeFi protocols, NFTs, Metaverses, and more. On top of that, its developers are continuously working on ETH 2.0 which will make the network switch from PoW to PoS, and significantly improve the project’s technical capabilities.

So, while Ethereum might not be in the best shape right now, it definitely has the potential to grow as soon as the devs announce a new update regarding the upcoming upgrade, or launch some new aspect of Ethereum 2.0. And, according to experts, Ethereum’s switch to ETH 2.0 will be a massive event in the crypto world that is sure to send its price sky-high.

Next on the list of breakout altcoins to watch is Binance Coin. Binance Coin, or BNB, is the native cryptocurrency of Binance, the world’s largest crypto exchange by trading volume. Binance has two blockchains, both of which are powered by BNB. The first one is the original Binance Chain, which was created for the purpose of conducting payments within the platform.

The second one is Binance Smart Chain, developed in 2020 to accommodate the growing demand for DeFi protocols and other trends that followed. Popularly called BSC, the secondary blockchain comes as Binance’s version of Ethereum, but it is far more scalable, cheaper, and faster than the original ETH, which made many go to this blockchain to develop their products.

As a direct result of BSC’s growth, BNB received new use cases and a much greater demand, which allowed it to skyrocket deep into the triple-digit price. While BNB is still far below its ATH at the time of writing, that only means that the coin has plenty of room to grow and reach the old heights. But, as its DeFi, NFT, and other sectors continue to develop, this growth is pretty much a certainty. The only question is when we can expect to see it.

To learn more about this token visit our Investing in Binance Coin guide.

In the third spot, we have Cardano, which went quite big in late 2021 thanks to the completion of Shelley, the second of the 5 stages, or Eras, of its development. Shelley brought smart contracts to Cardano’s network, thus turning its blockchain into a development platform and allowing users to start creating dApps, DeFi protocols, and all other popular blockchain products.

Cardano’s native token, ADA, skyrocketed with the surge of new utilities, and while its price has dropped since reaching the levels it saw immediately after the implementation of smart contracts, it is bound to go back up again. This initial growth was due to pure hype, and it was bound to eventually be nullified. However, as ADA’s use cases will now grow with the growth of its blockchain and product count, so will the coin’s value.

Not to mention that there are three more phases that Cardano has to complete in years to come, which could produce a similar effect, and bring many more use cases to the project.

Moving on, we have Solana. Solana is a blockchain that emerged to resolve the problems seen on Ethereum. It recognized Ethereum’s potential as a development platform, and it understood the demand for a platform that would offer the same possibilities while being faster, more scalable, and more affordable to use.

Since it launched, it became one of the go-to alternatives for developers and dApp and DeFi users who started abandoning Ethereum because of its technical issues and limitations. In fact, the project is now one of the highest-ranking cryptocurrencies by market cap, and one of the biggest competitors to Ethereum.

Solana’s ecosystem is growing at a rapid pace, and just like Cardano and BSC, it is seeing more users, more projects and protocols, and certainly a lot more money heading into its ecosystem. This means that it has great potential for its native SOL to receive new use cases, as well as a lot more utility.

To learn more about this token visit our Investing in Solana guide.

In the fifth spot, we have Shiba Inu. This is a spiritual successor to Dogecoin, the original memecoin that was created in 2013 as a joke cryptocurrency. Since then, DOGE has blown up despite no one expecting it to, and it became the favorite of the crypto industry, inspiring the creation of an entire memecoin trend.

The leading coin of this trend — which already numbers many similar cryptos — is Shiba Inu, with its native token SHIB. Shiba Inu emerged in 2020, and when DOGE exploded in 2021, SHIB was not too far behind it. At one point last year, it even managed to outperform DOGE in market cap, trading volume, and pretty much every other aspect other than the price.

Many believe that SHIB will be the next generation’s version of DOGE and that this makes it an excellent investment for those who are looking to catch the trend early on.

To learn more about this token visit our Investing in Shiba Inu guide.

Nearing the end of the list, we have Decentraland. This is one of the oldest metaverse projects, which has been around for years — emerging long before metaverse became a trend in October/November 2021. Decentraland created its own virtual world in which users can purchase a digital plot of land that comes in the form of an NFT.

Once in their possession, the land can be used for pretty much anything, including the development of all kinds of games, dApps, and alike, and even for organizing virtual events. The project has already seen a lot of use in this field, with the most notable example being the Australian Open, which used it in January 2022 for organizing a virtual version of the events that users would otherwise participate in on location. However, due to the COVID-19 measures that are keeping many from traveling to Australia, the events were held in Decentraland, thus giving them the opportunity to join them in the virtual world.

Decentraland is a pioneer of the metaverse, and the biggest metaverse trend out there right now. While many other similar projects are closing in with the intention of taking the lead as the biggest and most developed ones, Decentraland still has the first-mover advantage. Now that metaverse is the hottest topic in the blockchain space, it is likely that it will see a significant price surge due to the skyrocketing amount of interest, as soon as the market allows it.

Finally, we have Axie Infinity. This is another metaverse project, only this one developed a blockchain-based game that was inspired by the pokemon games. In the game, users can purchase monsters that come in the form of NFTs, and then train them and upgrade them with over 500 different body parts. Once their monsters are ready, users can use them to battle others and win rewards in the form of the project’s native cryptocurrency.

Alternatively, users can breed their monsters to create new ones, or simply sell them at a higher price after they are done upgrading them, in order to make a profit. Axie is currently the biggest blockchain-based game that uses the P2E model, which allows players to make a profit simply by playing the game, in different ways described above. These types of projects are currently extremely popular, so we have no doubt that Axie will see a significant price increase later down the road.

The crypto industry is filled with discovered and undiscovered gems, and these are only a few of the coins and tokens that could see a serious breakout if the market allows it. You can always do your own research and select a different coin/token, but we believe that you won’t be wrong if you add one or more of these to your portfolio.