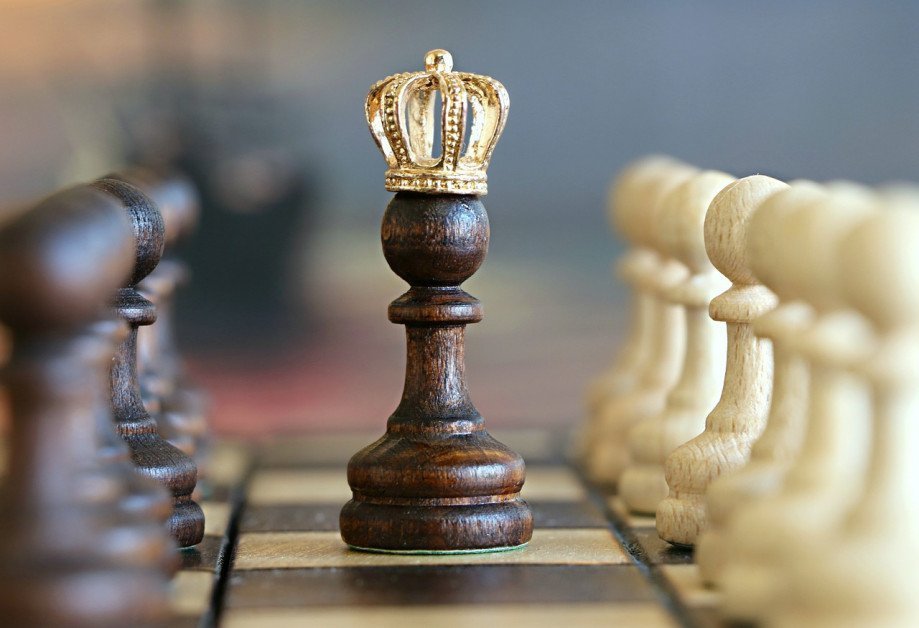 Blockchain technology is advancing so rapidly that it now has a brand new major trend each year. In 2020, the DeFi sector exploded and pushed investments and adoption to the next level. In 2021, NFTs captured the attention of the public, celebrities, various companies, and even governments. Now, the metaverse is the biggest trend around, and in only a few months since coming under the spotlight, it has already given birth to multiple great projects.

Simultaneously, those that were around before metaverse went big are now progressing their development at a rapid speed, with a great increase in the number of users. If you wish to be among the early movers and experience one of these metaverse projects for yourself, here is our list of top 5 that you should consider.

The first on our list is Decentraland, which has been around for several years now. As one of the earliest metaverse projects, Decentraland is also one of the biggest ones, with the largest community, as well as the richest digital worlds.

The project offers a digital world split into smaller units — plots of digital land — that users can purchase by buying NFTs. By purchasing an NFT and locking it up in your wallet, you become the sole owner of your digital land. As such, you are free to use it in any way you see fit, whether that means developing games or software, organizing virtual events, or even running a business in the online environment.

Decentraland allows all of this, and users can even rent their land to others who may wish to use it, in which case they will be receiving payments in the form of rent. Decentraland is currently the largest metaverse project in the sector, and its leader. And, given the amount of attention that it has been attracting, especially from large names and organizations, it is likely that its growth will continue even further.

In the second spot, we have Axie Infinity. Axie is a blockchain-based gaming metaverse that was inspired by games like Pokemon, and it reflects in the way the game was made. Axie offers a vast world which players can explore with their monsters — various beings that can be purchased in the form of NFTs. The monsters can be trained and upgraded to make them stronger, and after that, players can use them to engage in battles with other players and their monsters.

The player who wins such a battle gets a reward in the form of Axie’s native token, AXS. Furthermore, players can also breed their monsters to create new ones, which they can use in battles, or sell on the NFT marketplaces. If the player upgrades the monster by purchasing some of over 500 available body parts, that will increase the value of their monster and the corresponding NFT.

Axie Infinity is an interesting game and one of the biggest ones in the metaverse sector right now. It offers a fun experience for the players, which is what attracted so many people to it. And, with the project constantly growing, we expect to hear a lot more about it in months and years to come.

Halfway down the list, we have Ertha. Now, this is a project that is a mix of the previous two, in a sense where it offers digital plots of land that users can buy, but also, it was developed to be a blockchain-based game.

Ertha is a project that offers an exact replica of Earth, with all the countries, continents, and oceans that make up our planet. It is split into 350,000 equal segments. These segments are called HEXes, and each HEX represents a single digital plot of land that you can buy in the form of an NFT, just like in Decentraland. However, that’s where the fun stuff starts, as that is when you start playing the game.

Each HEX owner then has to take on a role in the society they belong to. They can be a scholar who can use knowledge to help advance society or a warrior that can defend their country, or invade other ones. They can also be a businessman who will run a company, or a government official, who will make important decisions for the entire country. Regardless of which path you take, you will have to learn how to think in accordance with your position and manage the military, economy, infrastructure, and more.

Ertha is a very complex game, and also a very fun one, which is why we expect it to become one of the leading projects in time.

To learn more visit our Investing in Ertha guide.

If you do not want the responsibility of having to lead a country and you simply want a nice, calming, and relaxing metaverse project for you to participate in, then MyNeighborAlice might be the best fit for you. This is another gaming metaverse that was inspired by games such as Minecraft and Animal Crossing, where the player gets to purchase a digital plot of land in the form of their own island.

Of course, each island has its own corresponding NFT that you can buy to become its owner. After that, you can engage in this farming-type game, where you can look for resources, build and find useful items, and organize and decorate your island in any way you want.

The project features an entity called Alice, which acts as a merchant and neighbor who can help out and sell you things. But, the best part of the game is that it is extremely user-friendly, and you can play it even if you don’t have any past experience with blockchain technology. The game was designed in a way where users can play it without ever coming into contact with the blockchain itself.

And, there are various online events and contests that provide you with an opportunity to earn ALICE tokens, which are the project’s native cryptocurrency. You can also earn ALICE by collecting experience points, so the game can be fun, relaxing, and rewarding at the same time.

To learn more visit our Investing in MyNeighborAlice guide.

Finally, we have a project called Metahero, which is not like the rest on this list. While this project will have its own metaverse, its focus is on the technology that will allow people to enter the metaverse.

You see, Metahero has developed technology that realistically scans real-life objects and transforms them into digital ones. This is a process known as metascanning, and it holds great potential that can impact industries such as social media, gaming, fashion, medicine, art, and more.

Metahero also hopes to push crypto adoption to the next level in bringing people to the metaverse. Its technology can even be used for scanning people themselves, which can revolutionize the way our avatars look in games and digital worlds. All of this makes Metahero one of the most important projects for the future of the entire metaverse sector, as it can drastically improve how the metaverses throughout the industry could look like, down the road.

To learn more visit our Investing in Metahero guide.

The metaverse sector is already brimming with potential, and it has only been a few months since it came under the spotlight. These are the projects that emerged as some of the best during that time, which is clearly seen by the high amount of interest that surrounds them. So, if you are looking to experience metaverse for yourself early on, or to invest in some of the best metaverse projects available right now, in March 2022 — these are our top recommendations.

Top 7 Penny Cryptocurrency To Invest Into In March 2022